July is getting slightly easier for me to write. Still dealing with a lot of anxiety and tiredness, but it's all stuff that will be better once I actually get finished with it..

Anyway.. Today I want to show off the Leaf I picked up. 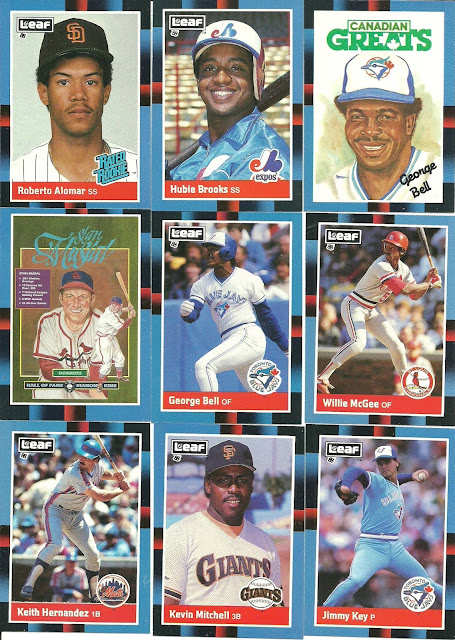 Well, I now have two copies of the Leaf version of the Alomar rookie. I'm almost tempted to keep both. At the same time, if someone needs it, let me know..
One difference between the Donruss and Leaf sets were the Canadian Greats cards. There's a Jay and an Expo each year. In 1988 it was Bell and Wallach. 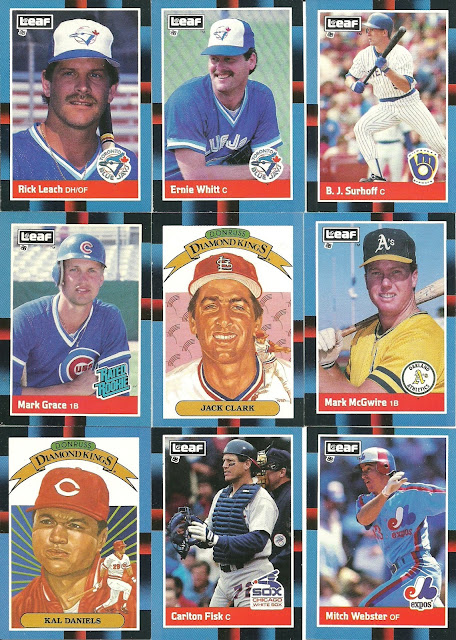 The Diamond Kings are interesting in the way that the only way you can tell between the Donruss and Leaf versions is to look at the back and see the French paragraph.
A Pre-Andro Mark McGwire and Carlton Fisk are probably the highlights here. 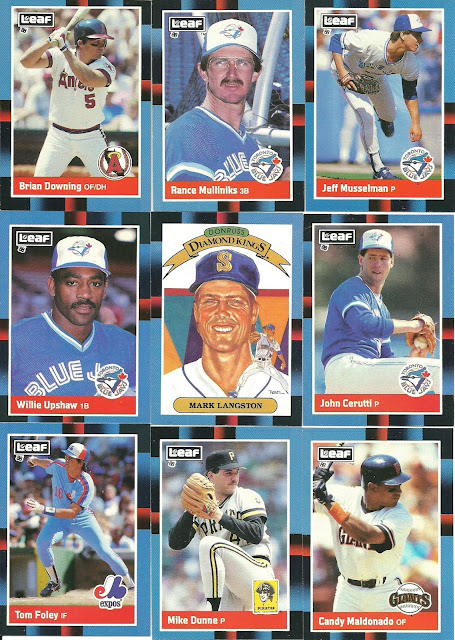 In the late 80s and early 90s, the Variety Club in Toronto released music albums for the Toronto Blue Jays. There would be a few original songs, but most were parodies of real songs.
I mention this because one, Arrivederci Baltimore, a parody of That's Amore, has the following line:
"A DH Named Rance/And you don't stand a chance/Baltimore"
I may have also mentioned that Rance is probably my least favourite Jay alongside Frank Catalanotto. 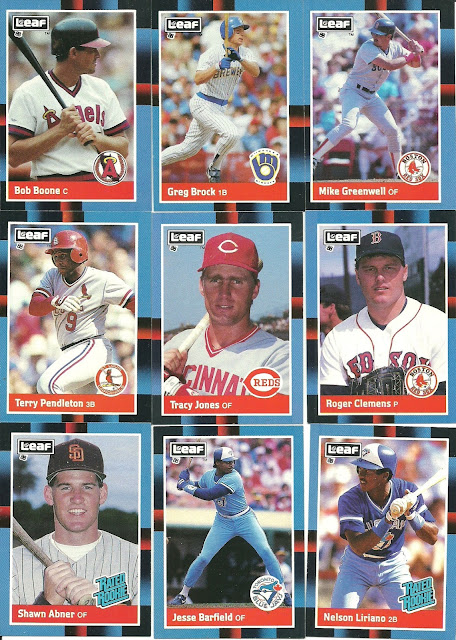 It's interesting and completely unintentional that some of the lines match up with the card beside. 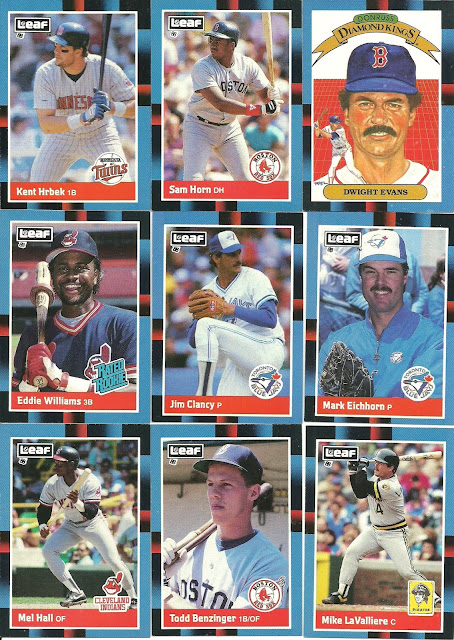 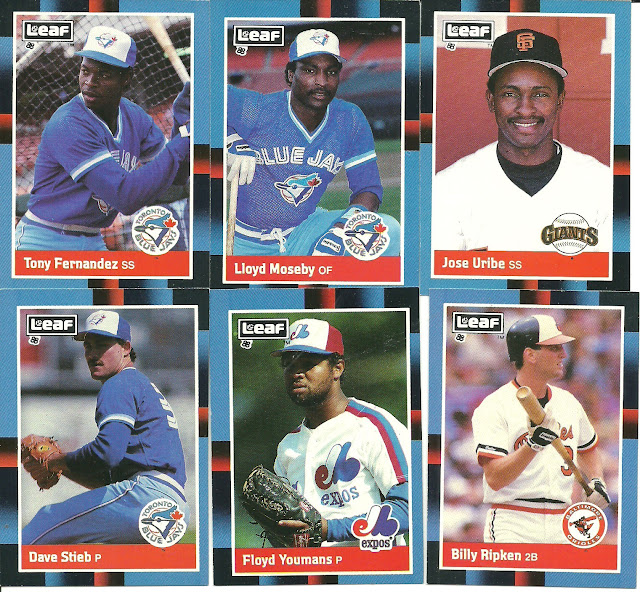 I really have nothing else to say about these..

With these cards, I am two short of finishing the set..

I hope to find these sometime soon. I've become rather obsessed with finishing sets recently. Prior to the 1987 Topps and a couple other small sets I've finished, I've only ever bought full sets.

Next Post will be about a different purchase I made, and how it helps out a couple sets I'm trying to finish