1993 was an interesting year in Canada.
1993 brought the first female Prime Minister to Canada. Kim Campbell became PM when Brian Mulroney resigned.
By the end of the year, she was replaced with Jean Cretien, who won a majority government.

The Last time the Stanley Cup was won by a Canadian team was 1993, when the Montreal Canadiens won the Cup. Canadiens fans still talk about it..

What does all this have to do with the topic??

1993 was also the year McDonald's put out sets for the Jays and Expos, both produced by Donruss.

I'm sure I've featured some of these before, but why not again? 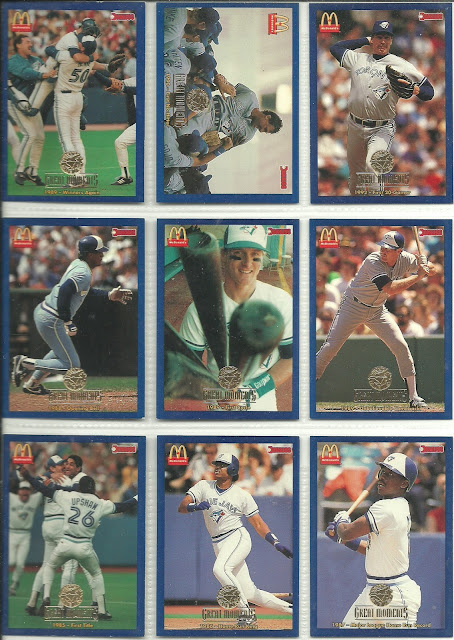 The release I knew about were these. Toronto Blue Jays Great Moments.
They cover things ranging from the World Series win, to Gruber's cycle, to the 10 Home Run game, to the first Division Title in 1985. 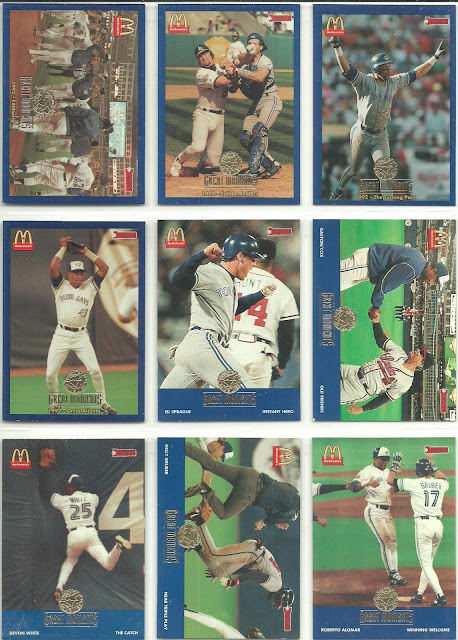 Further into the set, it goes into recap mode about the 1992 Series. 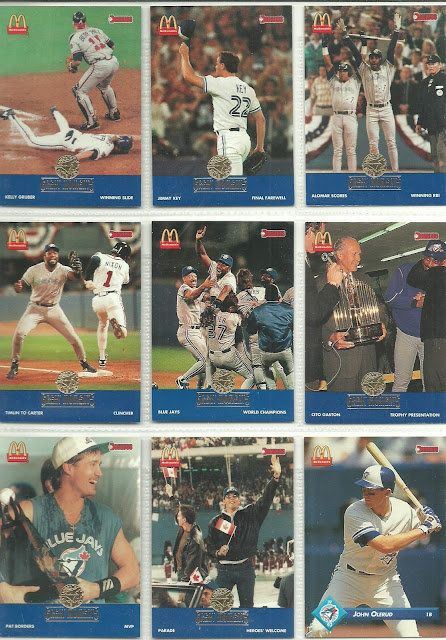 More recap from the Series, including Pat Borders winning MVP.
And what would a Postseason be without Joe Carter jumping around? 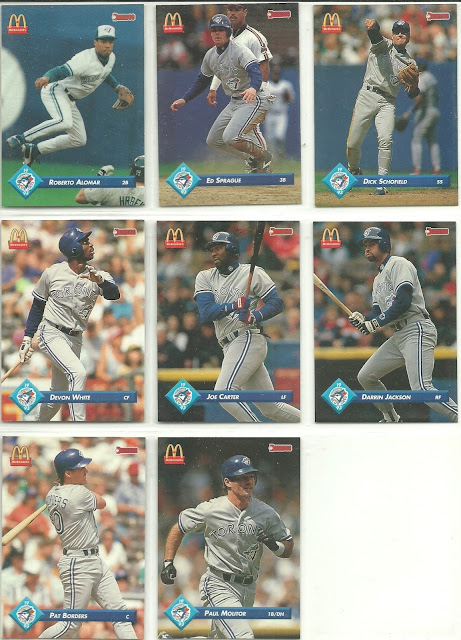 The last part of the set is a group of cards of players from the 1993 team.
Dick Schofield broke his arm within the first month of the season, allowing the Jays to eventually bring in Tony Fernandez for the second of four tours with the Jays.
Darrin Jackson was the bait. He had some health issues that year and generally played badly. 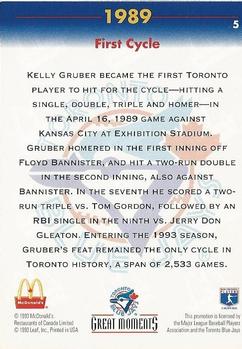 I wanted to highlight the backs for a moment. In a way, you can tell this was an outside-Quebec release because French is nowhere to be found. 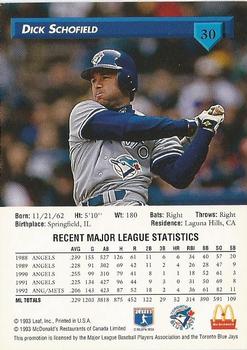 A set I didn't know about when I was younger. I found out about this set through the TCDB. 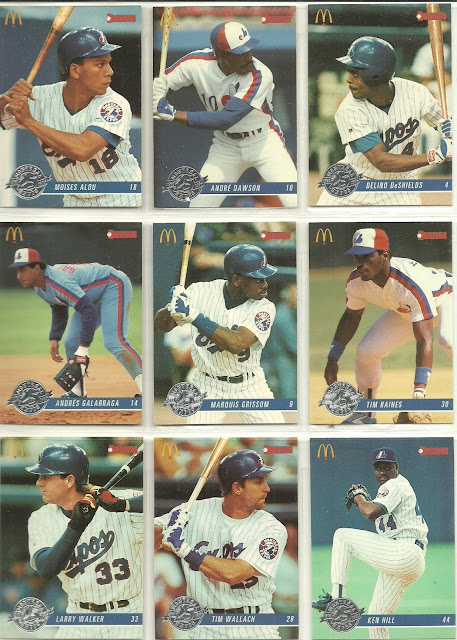 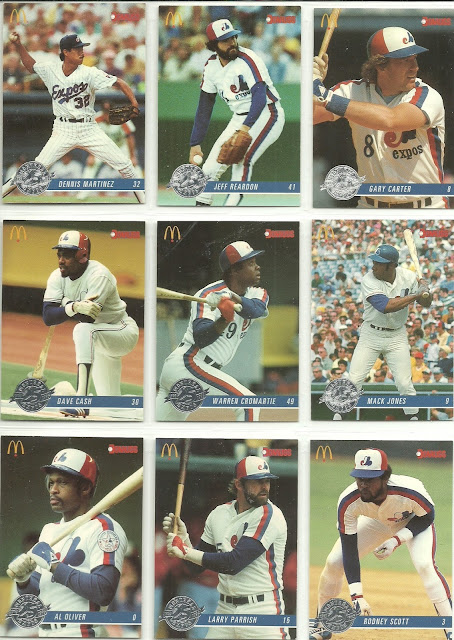 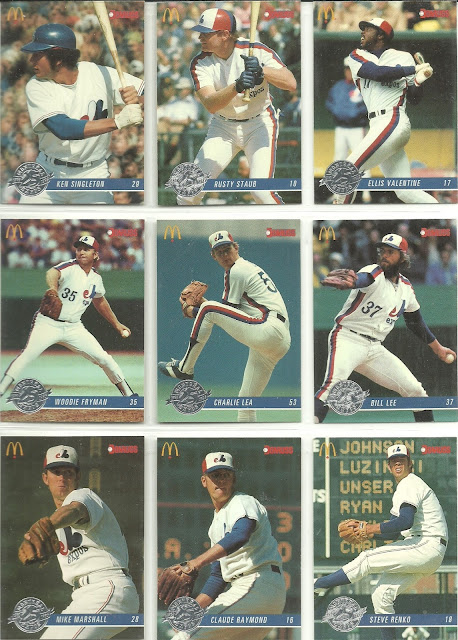 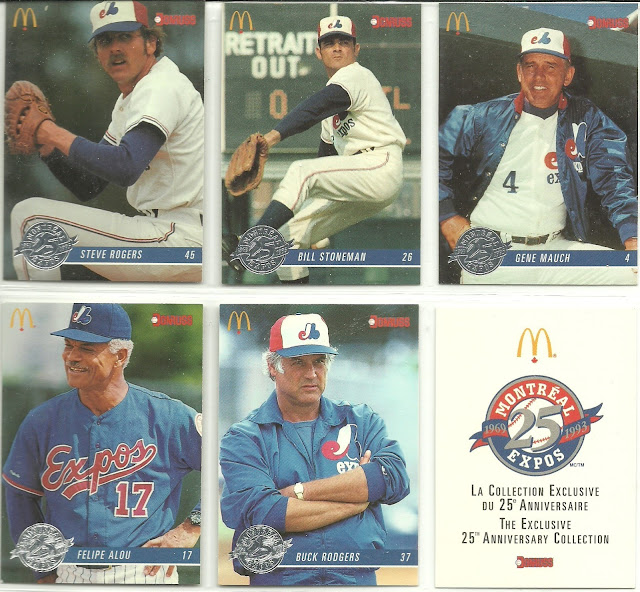 I know I've featured these on my blog before, including how many of each I had as duplicates. I've now updated them on the TCDB as well.

With this set, it goes through the stars for the Expos in their first 25 years.
It also has three manager cards, possibly the three best managers in Montreal history: Gene Mauch, Buck Rodgers, and Felipe Alou. 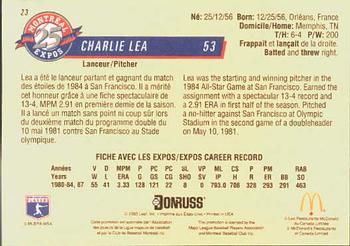 Unlike the Jays release, this one is in both official languages, with French first. I imagine this was released in Quebec and the Maritimes.

Oddly enough, this set features a player who was born in France in Charlie Lea, and a Quebecker in Claude Raymond.

I came across these today in my organization and wanted to write about them again..
Posted by Mike Matson at 11:08 AM