Trade and a Follow-Up

In my post on non-card collectables, I had a question on the stamps/envelopes so I figured I'd take a picture of them to show them.. 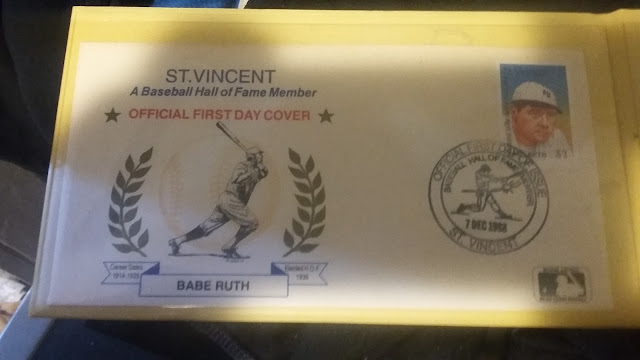 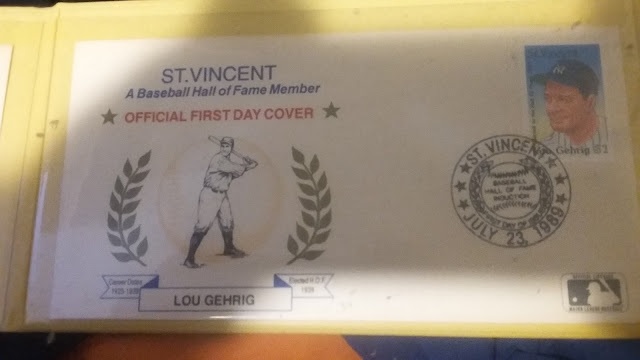 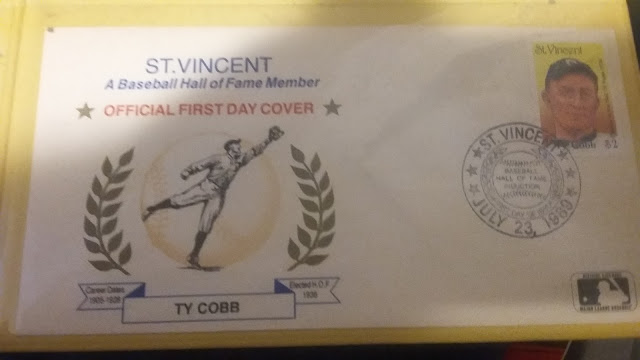 I also made a trade on the Database with jlcre2003 recently and I want to show off what I received. 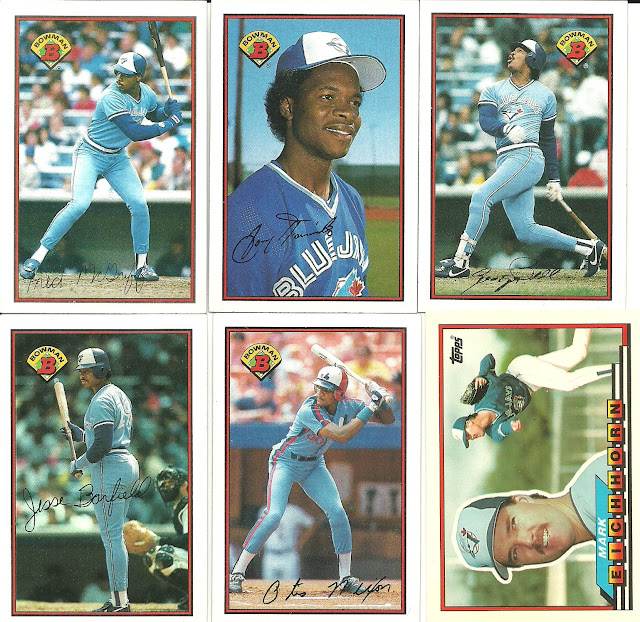 And now the small.. Expos stickers and a Doyle Alexander mini Leaders.. 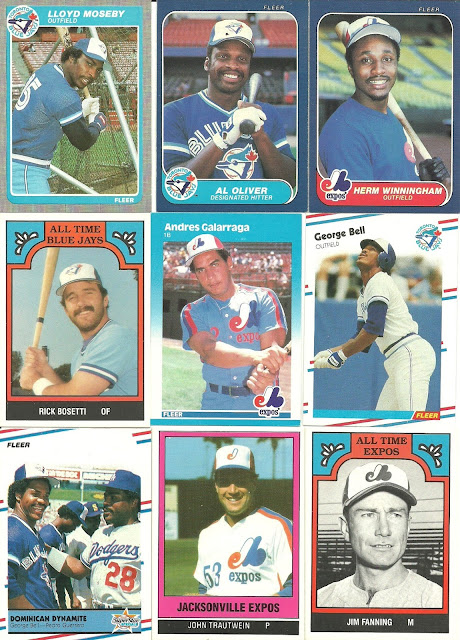 We have some miscellaneous cards here, mainly Fleer. I do like the two TCMA All Time cards, though I ended up having the Fanning already.
I do like the hat logo on the Jacksonville Expos card there. 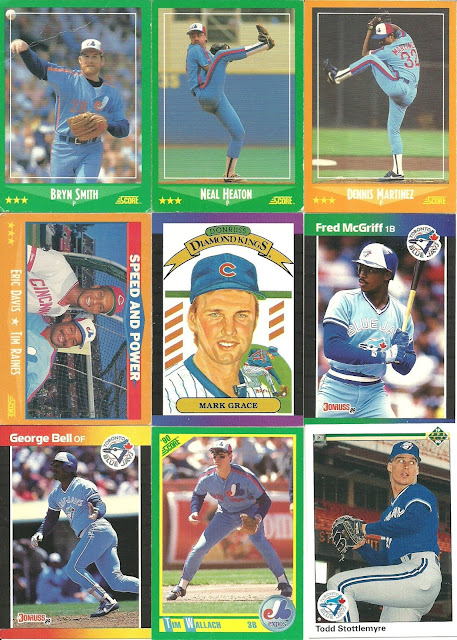 Some Score and Donruss. I've always liked the Diamond Kings cards. When I first started collecting I always felt they were an insert, but then I noticed they were part of the base set.
Still, that doesn't stop me from collecting any I receive. 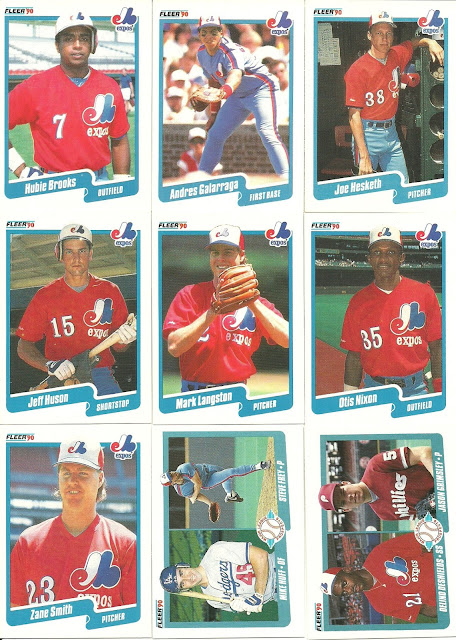 American Fleer 90.. Many Expos featured here wearing red instead of the normal blue. 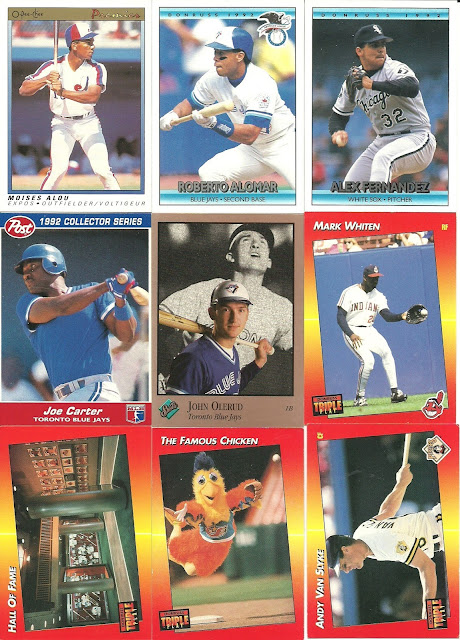 A couple 1992 Donruss I believe I needed. The 1991 Studio card is nice.. I think those would be great cards to send off to get signed.. 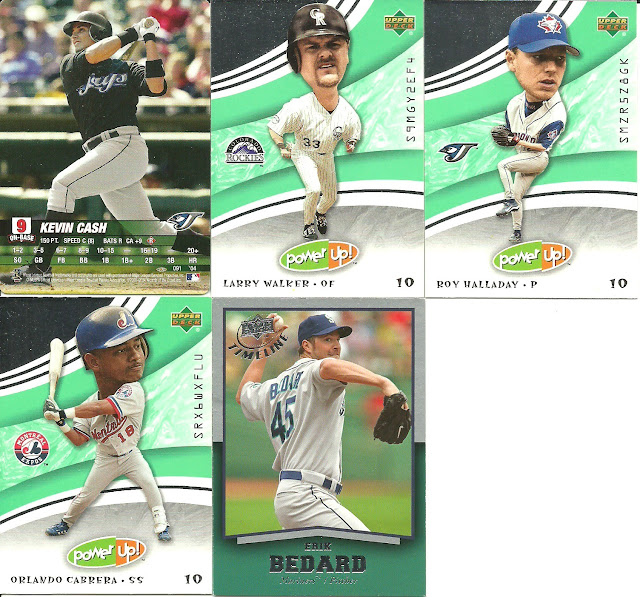 A MLB Showdown card.. This is the first one I've seen.. I'm interested to see how the game was played..
The Power Up cards are... Interesting... They look like Bobbleheads... 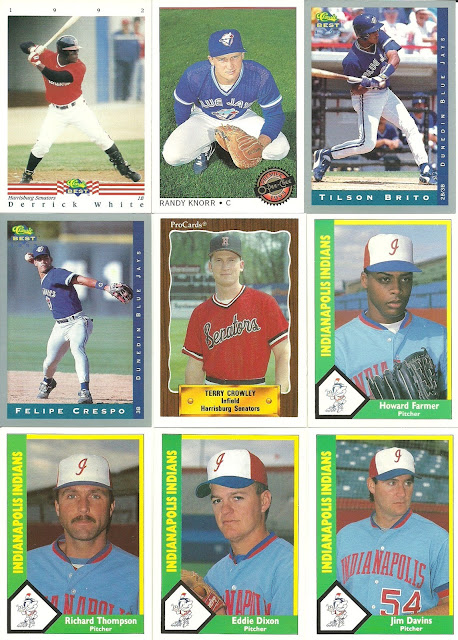 An O Pee Chee got mixed in with the minor league cards.. I have to admit, some of the designs did look like they were more minor league at the time.. 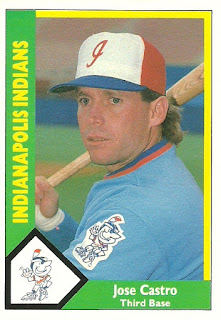 The final card was another Indianapolis Indians card in Expos colours.

Thank you for the trade!!