Today I had a charter for work bringing a hockey team from Peterborough to Cambridge. 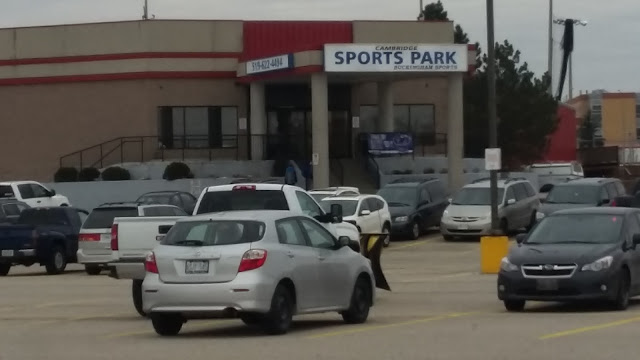 This is where we ended up going.. Cambridge Sports Park. There's two ice pads inside and outside there's two softball diamonds and some volleyball courts. 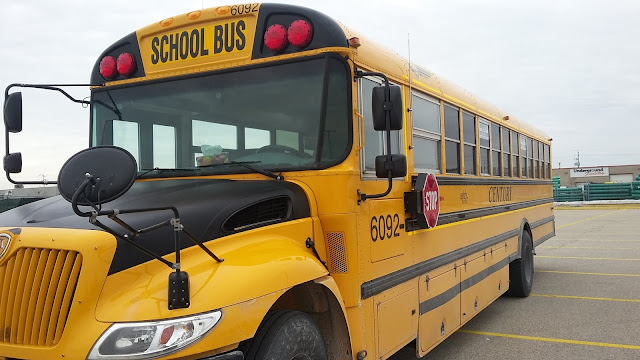 I figured I'd actually show the beast I drove today.. 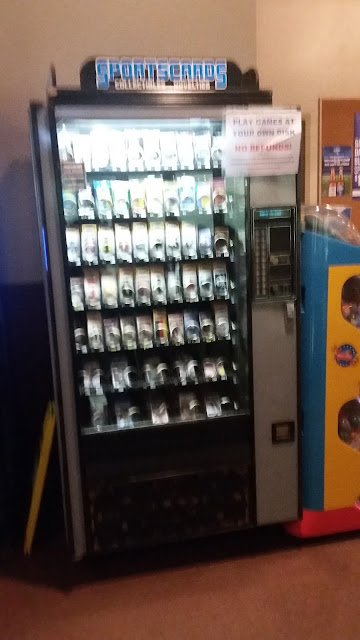 And lookie what we have inside.. There was a nice mix of baseball and hockey cards, mind you the baseball were things like 1990 Score (For $2) and 1995 Topps D3 ($2). Hockey was the usual mix of 1990s Topps, Parkhurst and O Pee Chee..
There were also decals and some single cards in there..

Unfortunately, the machine wasn't working properly, simply being a change machine instead of exchanging money for cards. 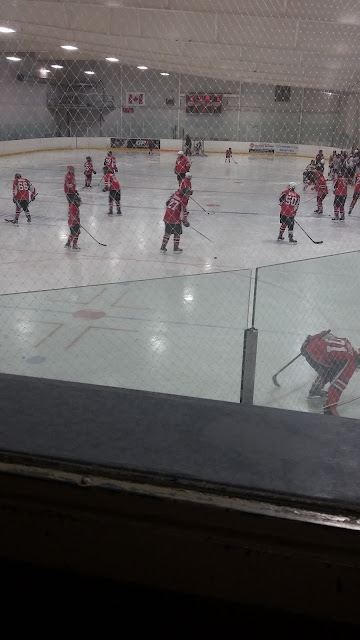 Now, this wasn't the best of pictures, I admit, but this is the opposing team closest to me.. The group in the upper corner is the group I drove.

They are a special needs hockey team that runs in Peterborough.

If the machine was working properly, I likely would have bought a couple packs just for fun.. Maybe a Pack of D3 to see what they were.. Though, I think $2 on those was a little overpriced. Some of the packs (1989 Topps, for example) were $1.