Well, one thing I knew would happen when I first undertook this Million Expos project was finding and receiving cards I probably otherwise wouldn't have..
Recently I got a box in the mail from Team Collectors member Matt. We also talk on Twitter a bit. He collects Brewers, I collect Jays and Expos..

Well, I've been doing some cataloguing and decided to add the cards up till 1990 that he sent me.. I still have some others I need to catalogue, but those will be done as I go through those years..

I wanted to highlight a few cards I got from him

Score jumped into the insert and oddball sets right off the hop. Their first set was 1988 and in 1989 they had oddball sets like 100 Rising Stars and Superstars.
I only need Randy Johnson to complete the Expos portion of the 1989 Rising Stars..

The 1984 OPC Bryan Little was the bane of my collecting existence for a while. I thought I had the two copies I needed (One for set, one for team) but I missed the team.. I finally have it, but the Topps card reminded me of that.

Ellis Valentine and Chip Lang from 1977. Aren't they beautiful cards? 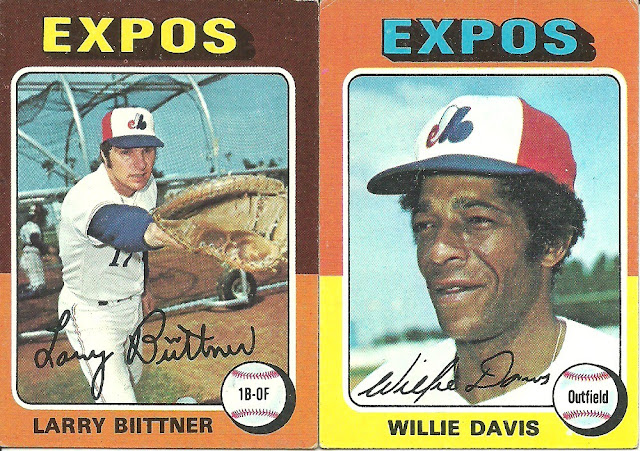 1975 is one of those years I honestly never expect to see in trades, yet I have some coming soon. I rarely expect to see anything before 1986, for some reason.. Maybe it's my warped valuation system.. Or maybe it's that I don't believe other people are willing to part with these. 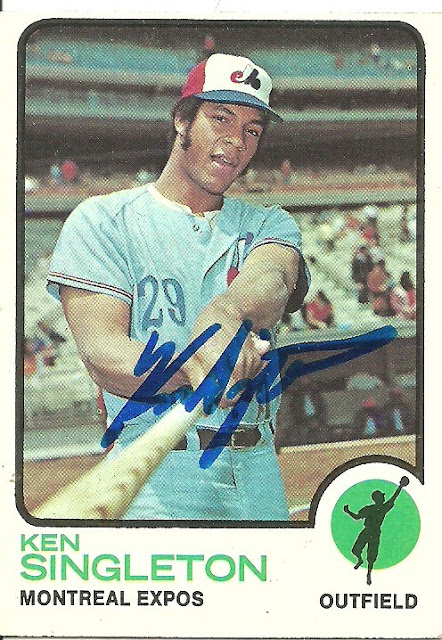 Finally a Ken Singleton card from 1973.. And what's this?? Either someone time travelled and scribbled on the card with Sharpie in 1973, or this is a signed card...

This was a very pleasant surprise..