The other minor league set that was in that P-Town Tom package was the 1988 Rockford Expos.

Rockford Illinois was the home of the Rockford Expos from 1988-1992. The Royals, Cubs, and Reds then moved in there. Until 1999 Rockford was part of the Midwest League. Now it's got an Independent Ball team in the Frontier League.

But I'm here to talk about the 1988 Rockford Expos.. Because that's the set of cards I have.. 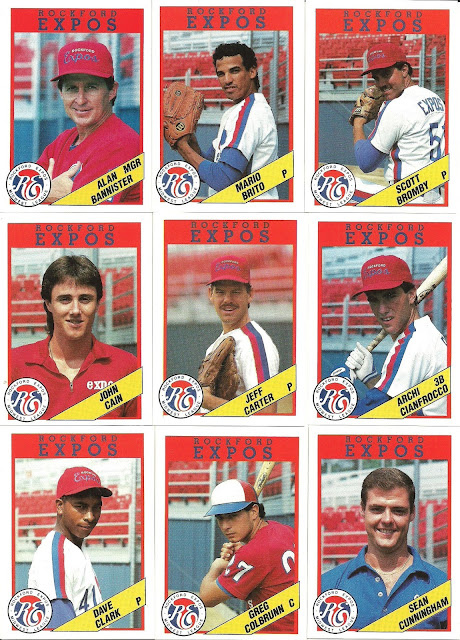 I just want to make a mention quickly about that logo..

That was the logo they used at least for the first year.. The hat logo, according to these photos, was the Rockford Expos name spelled out.

I believe later years they went to this: 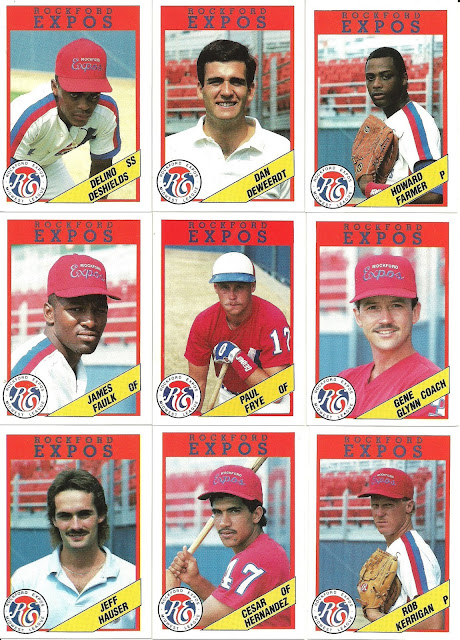 Delino! Howard Farmer.
I wonder if Rob Kerrigan was at all related to Joe.. I find relations aren't listed for players if they never reach the majors. 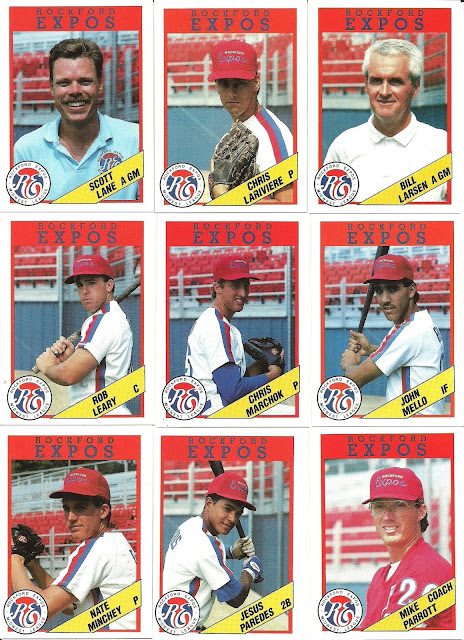 Nate Minchey. For some reason, I only remember him as a member of the Red Sox. 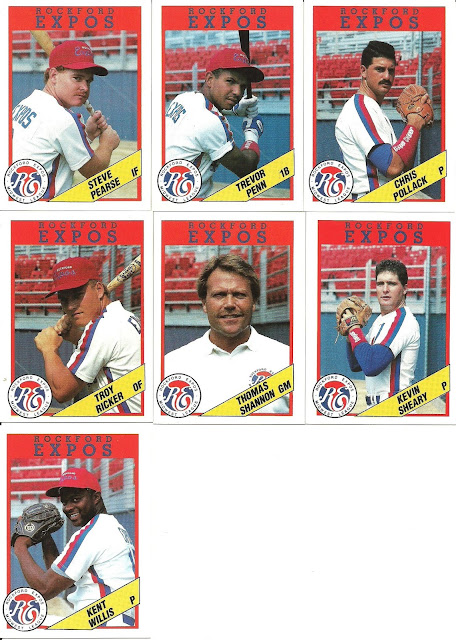 All in all, not many people who make the Majors here, but that's to be expected for A-ball..
I really like the design of the cards.

I believe they were put out by either Rockford Magazine or Rockford Litho Center.. 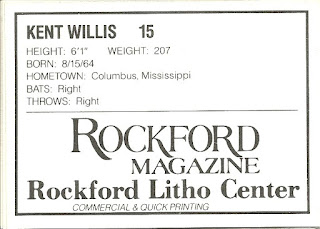 I hope you enjoyed taking a look at this set.. It certainly helped get the Expos numbers up.
Posted by Mike Matson at 10:24 AM