Now that I'm getting back into the sorting and working on the Expos project, I've been more active on TCDB with trades.

I received one package in today from sportzcommish. 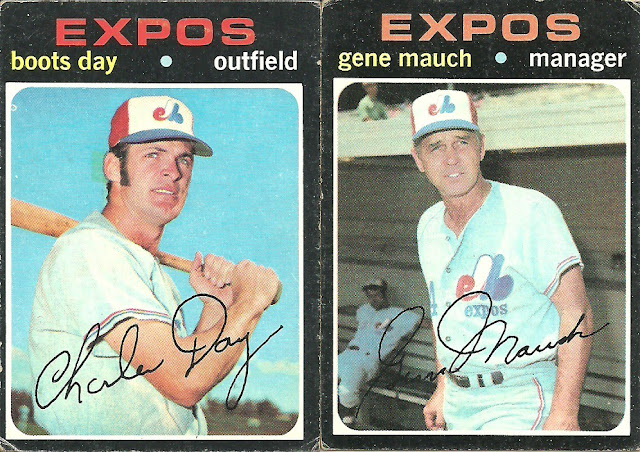 A couple 1971s
The Day is the airbrushed variation. The other card has a bank of lights behind Day's ear.
Gene Mauch. 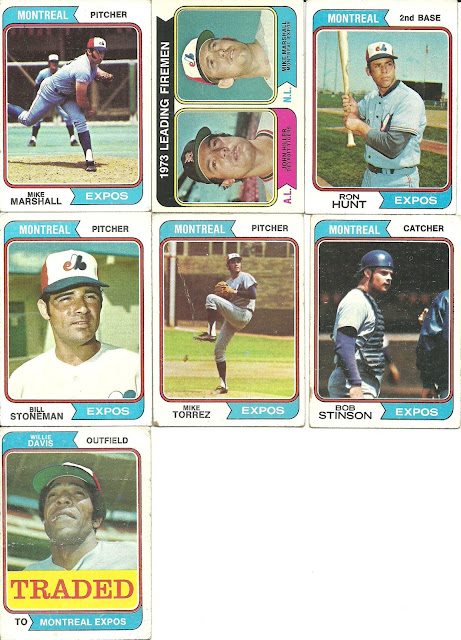 Some nice 1974s. I needed the Marshall/Hiller for my Canadians collection, since Hiller is from Toronto.

Some 1975s including a Dave Pagan. Pagan is a Canadian as well. He's from Nipawin, Saskatchewan. 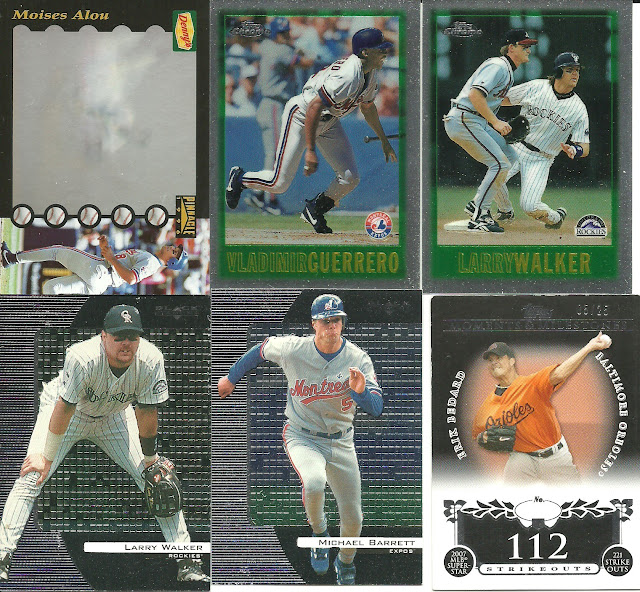 Some later Expos as well here with a couple Walkers as a Rockie and Erik Bedard.

Thank you for the trade, sportzcommish!
Posted by Mike Matson at 5:09 PM