I took advantage of the Spring Cleaning sale on COMC recently..
I got the cards in today. One of them, while very boring, I'm very excited over.. 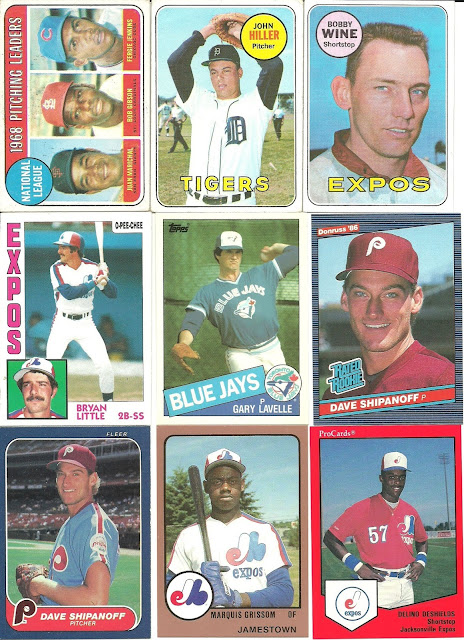 First a few 1969s. The League Leader card was picked up for Fergie. John Hiller again, Canadian.
Bobby Wine, for whatever reason, is insanely priced on COMC. An Ungraded 1969 starts at $6.25.
A PSA 9 is selling for $81..
The one I got here I picked up from JoelsHitShow at $3.98
The 1984 OPC Bryan Little puts my 84 OPC fully to rest. I thought I had this card but I didn't.. So I ordered it..
The Gary Lavelle is interesting, actually.. I thought I was getting the base Topps Traded... I ended up picking up the Tiffany by accident..
Dave Shipanoff is from Edmonton Alberta.
The Grissom was an oops as well.. I was trying to get the Jacksonville Expos one like the DeShields.. I ended up getting the Jamestown Expos one.. 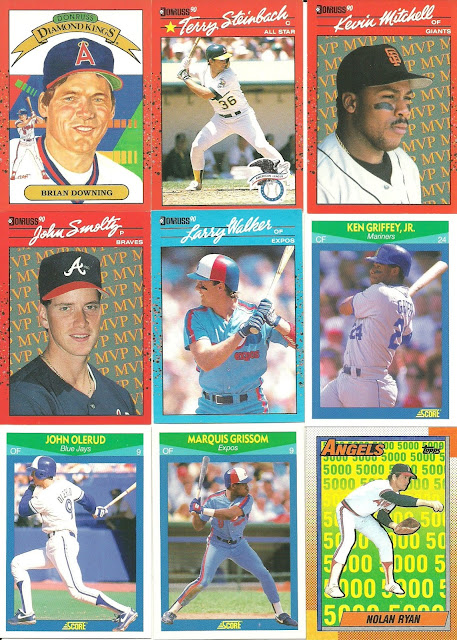 Some cards I needed for 1990 Donruss.. The Score Rising Stars mini set was missing the Griffey when I got it.. So I decided to pick one up for completion..
A single 1990 Topps here, with a Nolan Ryan. 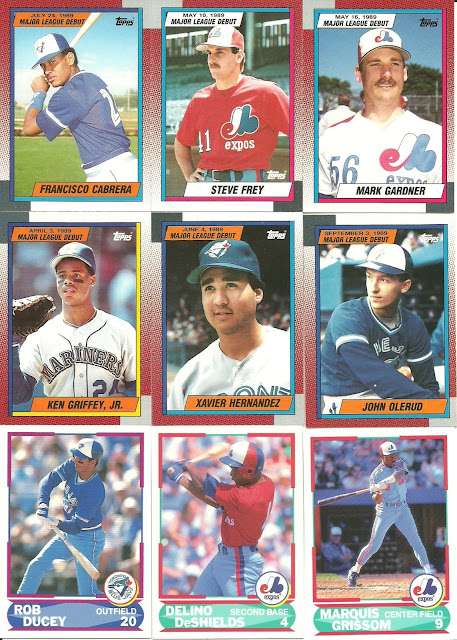 Some Topps Debut as well. Again, the Griffey was missing from the set, so I bought one.
These Young Superstars ones are annoying to find on the TCDB.. They're listed as an insert set for the base set. But I went and picked up the extra ones I needed. 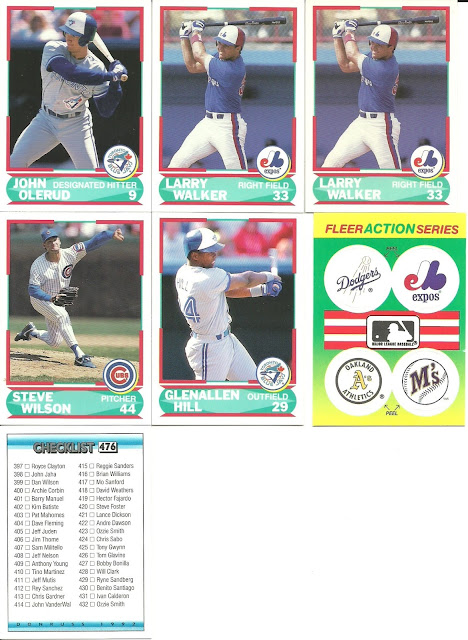 The Walker is indeed not a mistake.. I got two. One for my Expos binder, one for my Canadians binder.
Steve Wilson also slides into the Canadians binder
I need one Fleer action series four sticker card to finish those. I picked up an extra one because Expos.
The one I need is the O's/Red Sox/White Sox/Angels where the first question is about Babe Ruth.

That was the final card I needed to finish the base 1992 Donruss.. I still need to do the Diamond Kings (since they were an insert starting that year) and Update. But base Donruss is finished (aside from cards I need for binders.. Hopefully I have them and just haven't marked them)

So that's what came in the mail today..