At some point, I don't quite remember who from, I received a bunch of 1991 Line Drive cardsfor Jays and Expos.
Oddly enough, I ended up with a complete team set of the Indians. So I want to take a look at them today 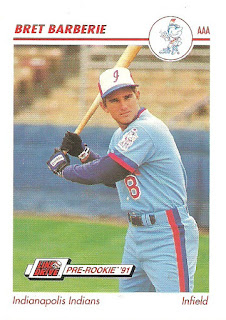 Bret Barberie made his Major League debut in 1991, playing in 57 games with the parent club.
He ended up playing for the Expos, Marlins, Orioles, and Cubs. He finished his career in the Texas system, playing 1998 in Oklahoma City. 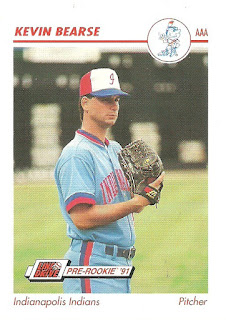 Kevin Bearse split 1991 between the Indianapolis Indians and the Scranton/Wilkes Barre Red Barons.
1991 was Bearse's final year in professional baseball.
According to Wikipedia, he's a physical education teacher now. 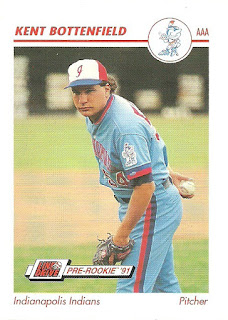 Kent Bottenfield spent the entirety of 1991 in Indianapolis. Looking through his player page, I didn't realize he spent so little time with the Expos. He was signed in 1986 and worked his way through the minors.
He was with the Expos in 1992 and 1993. In 1993, he was traded from the Expos to the Rockies. He then played for the Rockies, Cubs, Cardinals, Angels, Phillies, and Astros.
He currently is head coach at Palm Beach Atlantic. 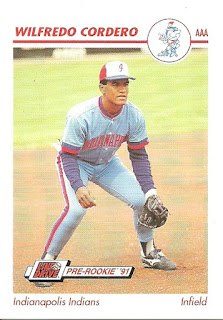 Cordero made his major league debut in 1992. After playing with the Expos until 1995, he bounced around the league, playing for Boston, Chicago Sox, Cleveland, Pittsburgh, a second time in Montreal, Florida, and Washington.
According to Wikipedia, he works as a baseball coach at an academy in Massachucetts. 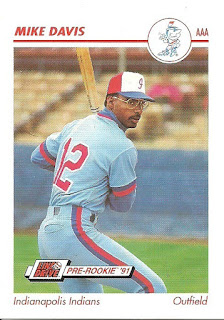 Now.. This is an interesting one..
I was going though using The Baseball Cube and they have a different Mike Davis listed.
The one we want is the former MLB player who had played in Oakland and Los Angeles.
1991 was his final season in baseball. 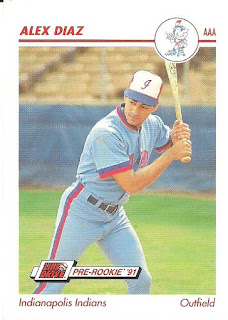 Alex Diaz played a little in the Majors from 1992-1999 for the Brewers, Mariners, Rangers, Giants and Astros.
He played in Mexico and in Winter Leagues right up till 2007. 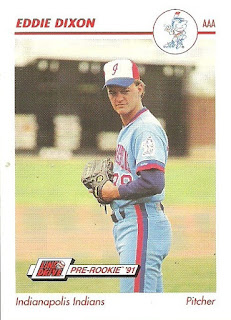 Eddie Dixon didn't make it out of the Minors. He played until 1994, the majority of that time in the Expos system. 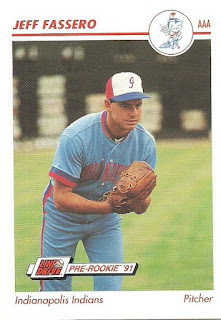 Jeff Fassero made his Major League Debut for the Expos in 1991. As a left-handed pitcher, he bounced around a lot.
He played for the Expos, Mariners, Rangers, Red Sox, Cubs, Cardinals, Rockies, Diamondbacks, and Giants.
He's currently the pitching coach for the Louisville Bats. 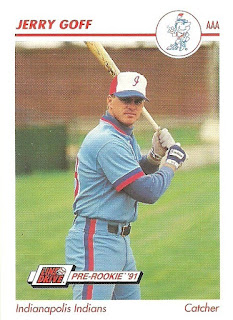 Goff spent 1990-1992 with the Expos. His MLB Debut was actually with the Expos in 1990. He also played for Pittsburgh and Houston in the Majors. 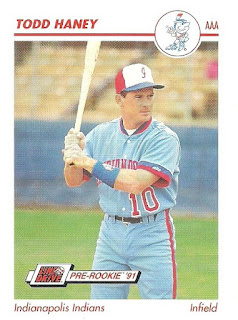 Haney made his Major League Debut in 1992 with the Expos. He spent time with the Cubs and Mets.
He now works as an instructor for a select team in Waco Texas. 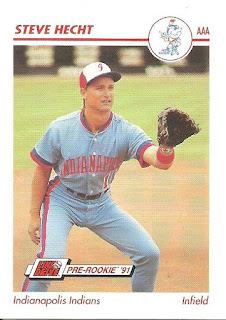 Steve Hecht never made the Majors. He spent time in the Giants (before and after his time in Montreal) Texas, and Detroit systems.
According to Wikipedia, he has a degree in psychology, and is a Performance Coach for the Mariners. 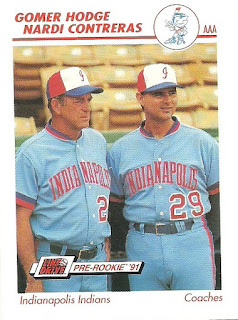 Coaches.. I'm just going to make a comment that I really like the Indians took the colour scheme of the Expos with these uniforms. 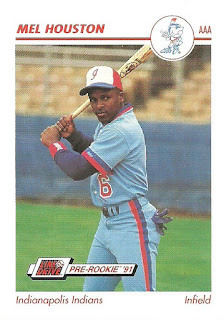 Mel Houston is another who didn't make it. He spent the entirety of his minor league career in the Expos system, his final season being 1991. 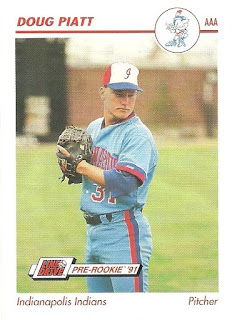 The entirety of Piatt's MLB career was his 1991 season with the Expos.
He was traded from the Indians to the Expos (and stuck on the Indians... ) and after the 1992 season, he was traded to the Royals.
He played in the minors until 1997. 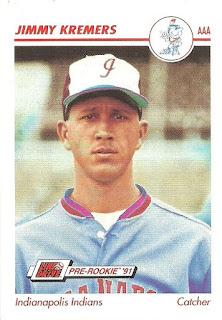 Kremers' MLB experience consists of 1990 in Atlanta.
Kremers was part of a trade to get the Braves Otis Nixon.
He played in the minors until 1995. 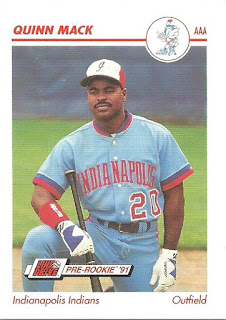 Quinn Mack made his Major League Debut in 1994 for the Seattle Mariners.
Shane Mack's brother played for the Expos system from  1987-1993. He played in the Seattle system and the Padres system until 1995. He spent his final seasons playing in the Mexican League. 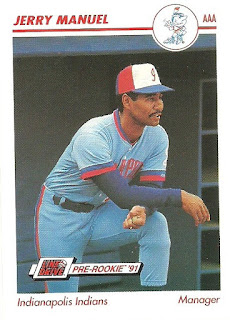 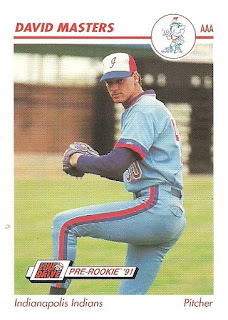 Dave Masters never made the Majoe Leagues.
He played in the Cubs, Expos, Giants, and Mariners systems. 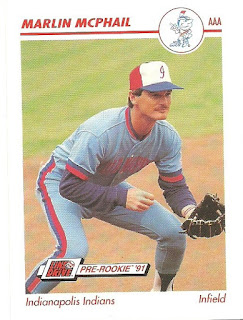 Marlin McPhail never made it out of the minor leagues.
He played from 1982-1991 in the Mets, White Sox, and Expos systems.
He works as a regional cross checker for the Mets. 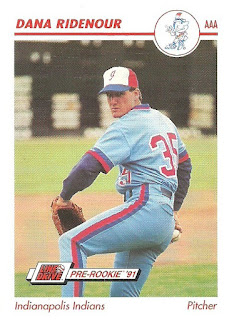 Dana Ridenour didn't make it out of the minors.
He spent 1991 and 1992 with the Expos system.
Overall he played from 1986-1994 for the Yankees, Expos, Mariners, Angels, Marlins, and Rockies.
Doing a Google search brings me to an ex-CIA agent turned author.. 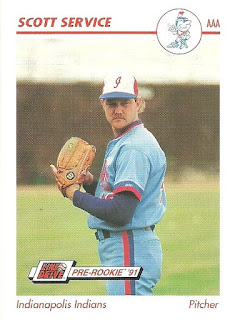 Scott Service made his MLB debut for the Phillies in 1988.
He also spent time in Colorado, Cincinnati, San Francisco, Kansas City, Oakland, Arizona, and Toronto. 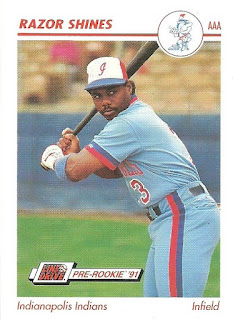 Razor Shines made his MLB debut in 1983 as an Expo.
Overall, his playing career stretched from 1978-1993.
He spent the majority of his career in the Expos organization. Other teams played for are Buffalo (PIT) and Indianapolis (CIN) 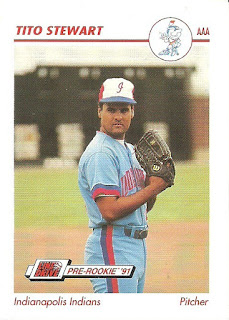 Tito Stewart didn't make it out of the minors.
He played in the Boston system from 1983-1990
1991 was spent between Wichita (SD) and Indianapolis (MON)
1991 was his final season 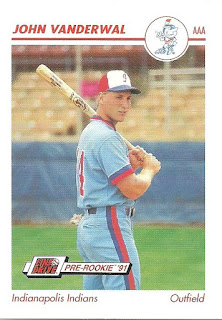 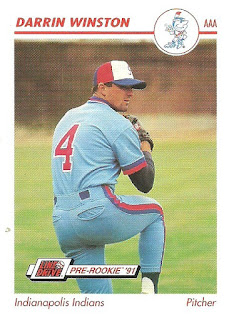 Darrin Winston passed away in 2008 after being diagnosed with leukemia.

I thought this would be an interesting diversion today.