Well, last post was about the purchase I made from Dave and Adams..
Update: They returned my email. They don't have the cards to replace, unfortunately. They're offering store credit or a refund. I want to keep the set and maybe find the missing cards on COMC or on eBay or something. So maybe a partial credit or something? I don't know..

They came in around the same time as the D&A order. 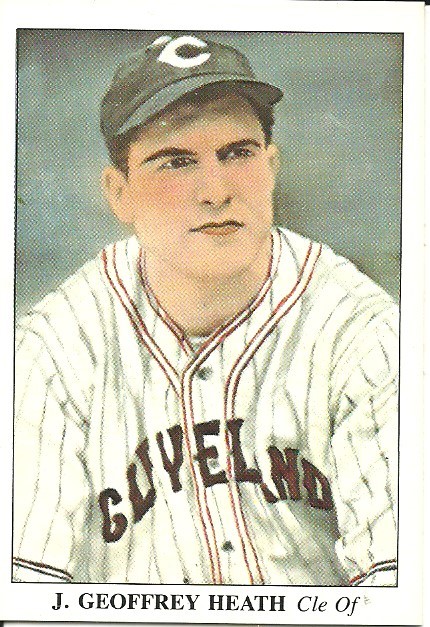 A Jeff Heath reprint. A Canadian player from the same city I was born in. It's from BLC in 1985.
I always love getting cards like this. I also appreciate how his cards are relatively inexpensive on COMC. I generally have the mindset that anything before 1975 is too expensive for me. 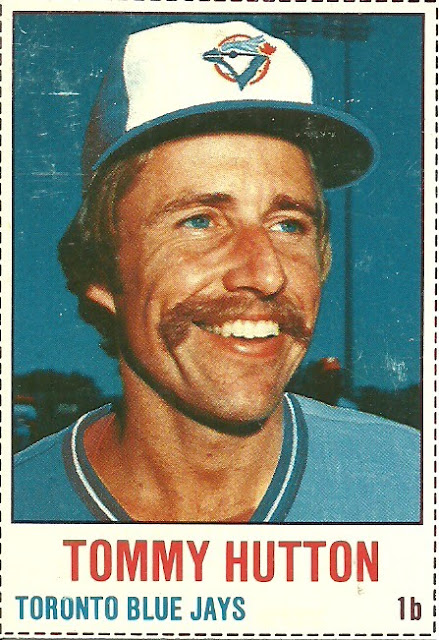 A Tommy Hutton Hostess card from 1978. These are really cool. If you look though, there's a lot of bright blue in this photo. Blue skies, blue uniform... Blue eyes... 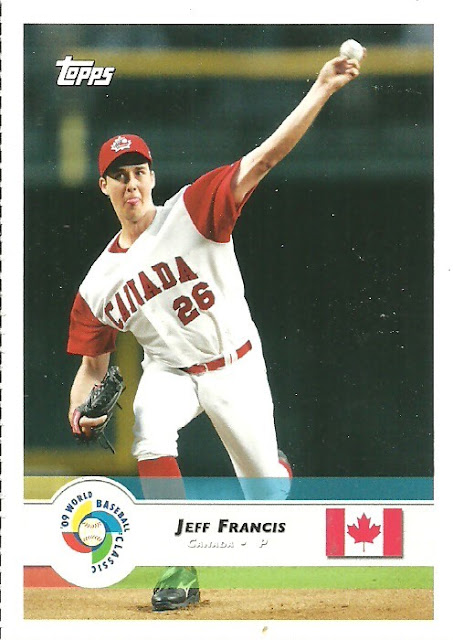 This looks like it was part of a panel, with the perforations on the side. According to the TCDB, it's from the 2009 World Baseball Classic, and was released as part of a panel for a promo. There's also a Justin Morneau card that I need to find. 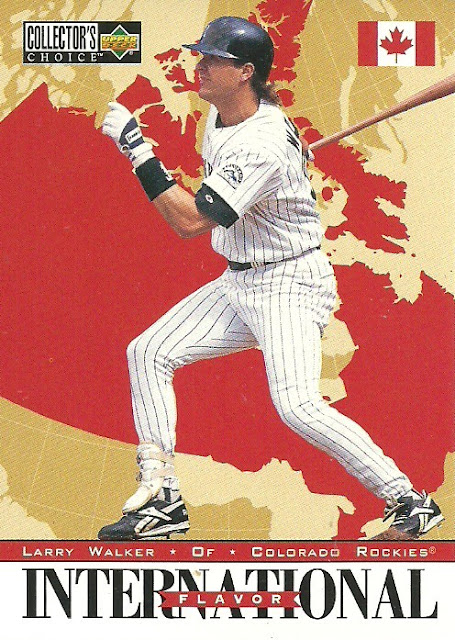 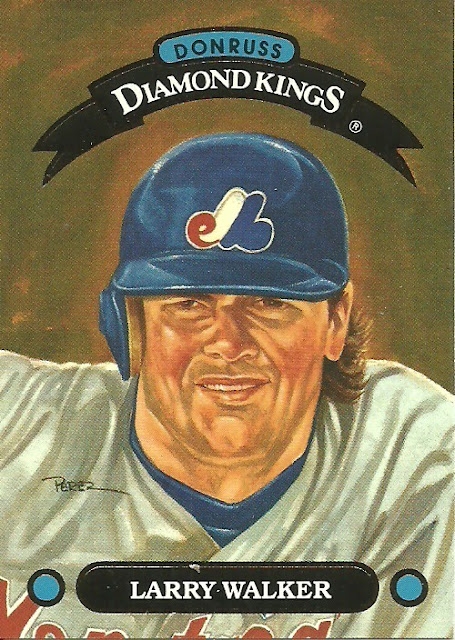 Speaking of Canadians, a couple new Larry Walker cards.
The top one is one of those Collector's Choice In-set-subsets.. (I miss those, rather than the 160000 inserts and variations we have now)
The bottom is a second copy of a 1993 Diamond Kings card.. I love them. I have always loved the Diamond Kings cards. 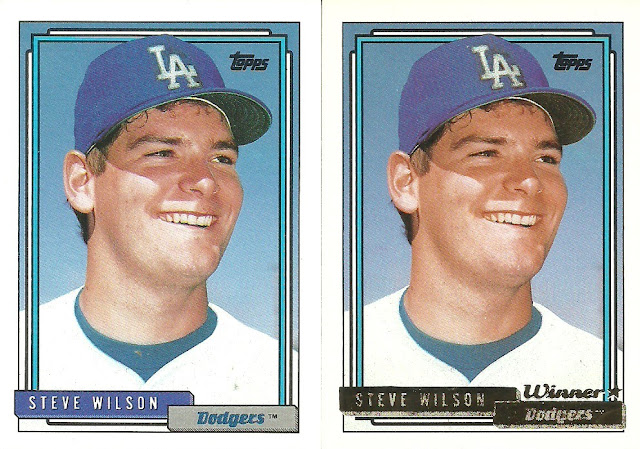 And with this card, my 1992 Topps needs are done.. Well, for the base cards anyway.
Steve Wilson Base and Gold Winners. 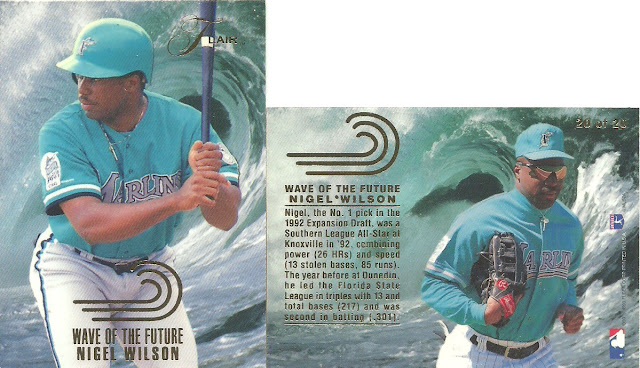 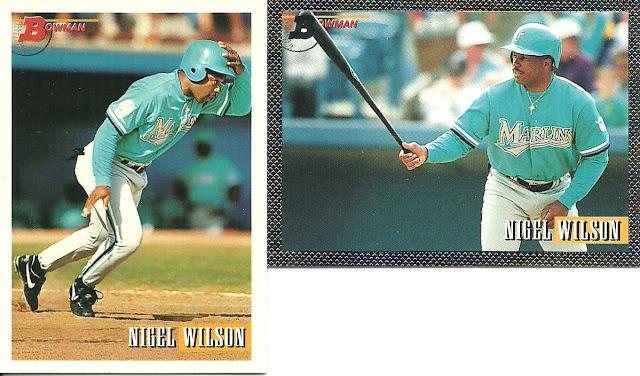 A couple more Wilsons, these from Bowman.
He had the regular card and foil card in the same set.
Can I throw in this: I miss those uniforms. 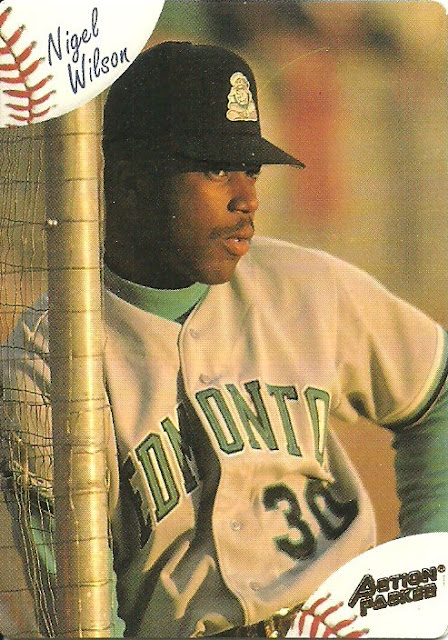 Nigel as a member of the Edmonton Trappers. They were the AAA team for the Marlins at the time.
Really, nothing like being at the other end of a different country from the Major League team you play for.. Just a mere 3000 miles away..

Some 1995 Fleer cards. These are all inserts.
League Leaders and All Stars here. Ken Hill and Pat Hentgen. 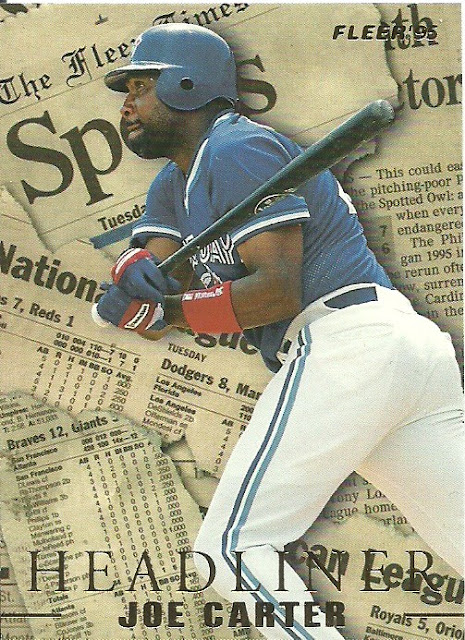 Headliners Joe Carter card.
This was a rather interesting one.
The back mentioned he was the first to have 3 consecutive 100 RBI seasons for three different teams. 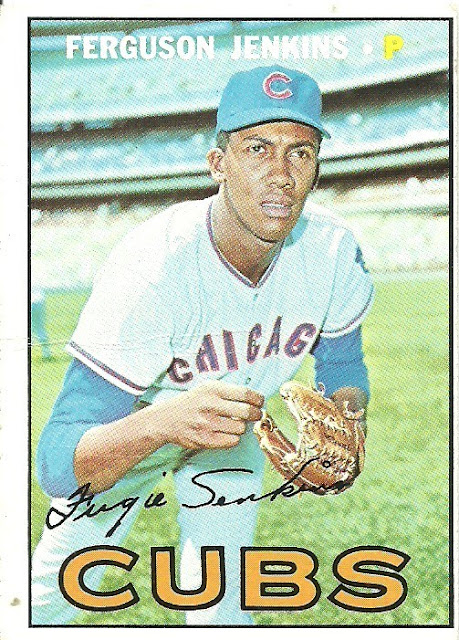 A Fergie Jenkins card from 1967. This was a nice one to get, and relatively inexpensive at $6.15 USD on COMC.
It is off centred, but I'm not too worried about that. It's a nice addition to the collection. 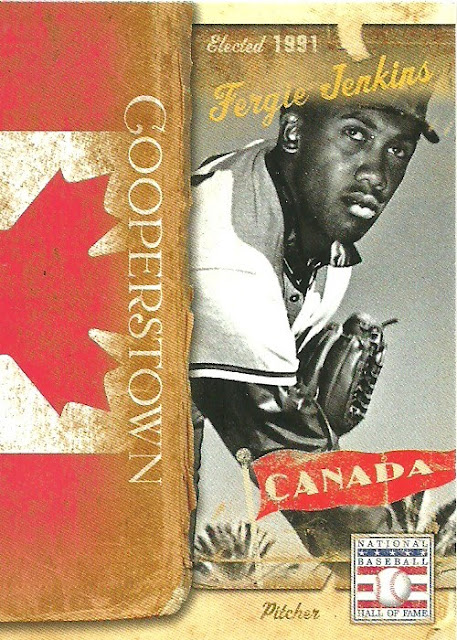 A more modern card. This one is from 2013, and is from the Panini Cooperstown Collection set. International Play.
It's an interesting design, but at the same time, I don't know if I really like how much room the flag takes up. But it's a way to get around copyright, so... 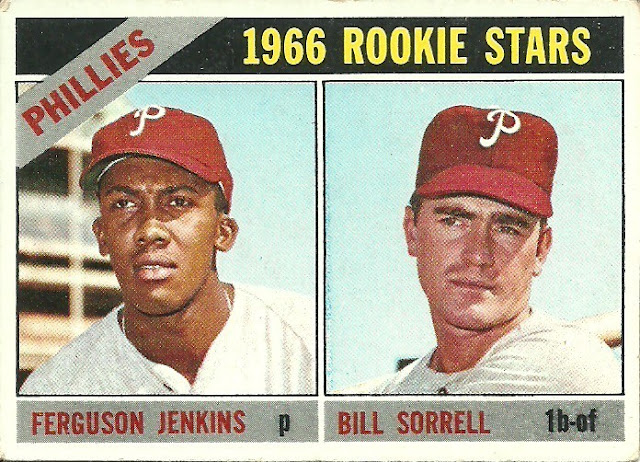 Remember earlier how I said cards before 1975 I tend to believe the cards are too expensive for me?
Well, I found two for under $20 each. This is the second one, obviously.

I had never thought I'd have this card in my collection. It was something I just resigned myself to never having a copy of, because in my mind, a card from 1966 of a Hall of Fame player I could never afford it.

Those were my purchases.. I still have a trade to go over, as well as a surprise mailday..