In the never-ending reorganization, I've come across a few things that I found interesting..

I wouldn't be surprised if I did a post on this before, honestly..

But.. I just want to say that I really like the photography on the 1992 Upper Deck release. The border and that are very similar to 1991, making it tough to tell what's what without looking at the number in the corner of the logo. 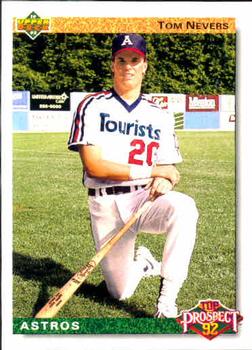 Minor League uniforms showing on some Prospect cards..
Now... I play a game called Out of the Park Baseball. It's a game where you control a baseball team/organization and try to win the World Series. One thing I used to do was update the minors every year to match what it was that year... The last couple releases have the minors already set up. However, uniforms for historical minor league seasons are not included.. So I created them.. (I did so years ago)
This allows me to see what the uniforms looked like based on affiliation, etc.

By the way... The team here is the Asheville Tourists when they were an Astros affiliate. 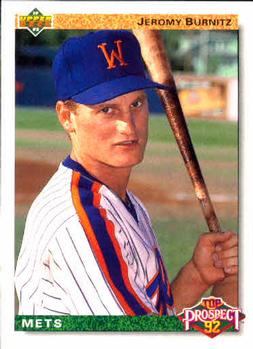 Jeromy Burnitz shown here likely in a Williamsport Bills uniform, when they were a Mets affiliate. 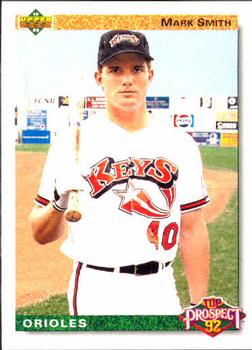 Frederick Keys. I honestly never knew they used this uniform. The star underneath the "Keys" reminds me of the Huntsville Stars logo from the 1980s. 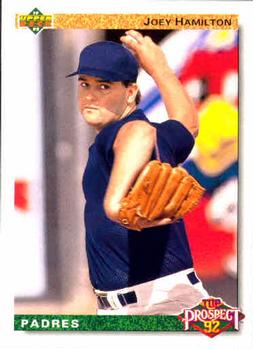 There are a couple in the set like this, where the logos/uniforms are generic or have been altered. I won't show them all, but I wanted to show Joey Hamilton. 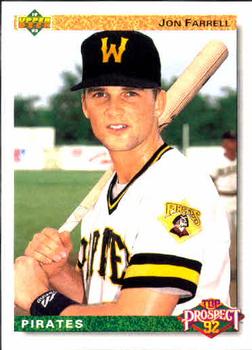 The 1980s and early 1990s were a different time in the Minors.
There were some teams that had names like the Stars, Keys, Mud Hens, Red Wings, etc. At the same time, many minor league teams that were affiliated used the parent team's name..
The Pirates were one of those teams.. Jon Farrell (not the pitcher) played for the Welland Pirates.
Welland was part of the Canadian explosion in the minors in the 80s, joining the NY-Penn League in 1989.
Other teams from the area were based in Hamilton, St. Catherine's, and London. Around the same time, Medicine Hat, Lethbridge, Edmonton, Calgary, Vancouver and Victoria had teams in the west. 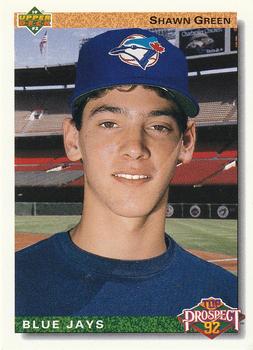 I can't really not show a Jay, can I??
I want to say this was taken in Anaheim Stadium. I may be wrong though.. 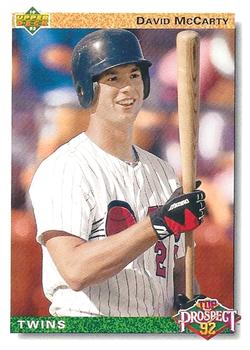 This one is interesting to me because the helmet is blank, but the uniform shows his minor league team.
The back of the card shows the team logo as the Visalia Oaks. The shot isn't too clear here, but the wordmark on the uniform is interesting... 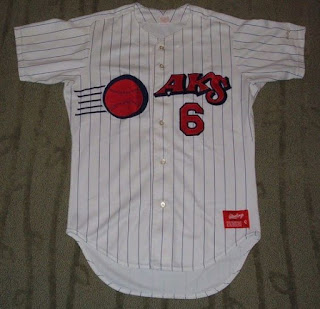 That's what the uniform looks like. I know they had a cursive logo at one point..

Another thing that caught my eye are the "personality" photos.
Barry Bonds with a Fedora on.. 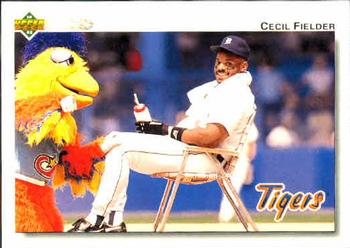 Cecil Fielder lounging with the Chicken.. 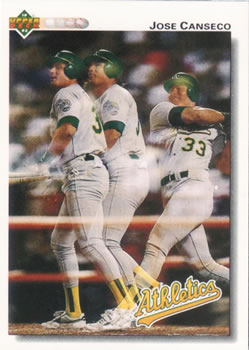 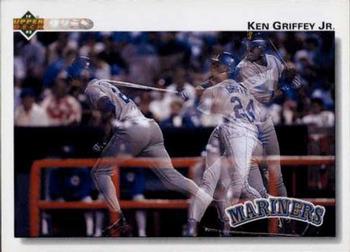 The last two I've shown above aren't really personality photos so much as triple exposure photos that really caught my eye.. 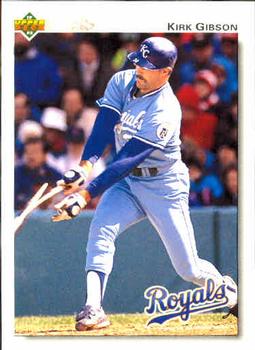 I honestly forgot Kirk Gibson was a Royal.. I only ever really remember him as a Tiger and Dodger.
If I'm not mistaken, he also spent time with the Pirates.. 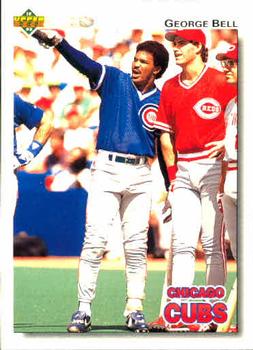 For some reason, I think this was taken at the All Star Game in Toronto. The road uniforms/warmup uniforms here, coupled with the turf and blue barrier shows me it's at the All Star Weekend. 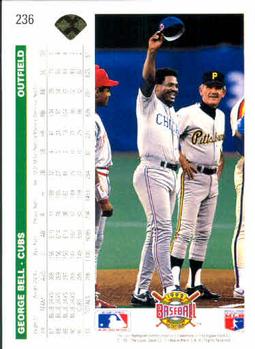 The back of the card adds to that assumption. This looks to be during the Introductions. Bell spent many years in Toronto, so he would have gotten some reaction from the Toronto fans. 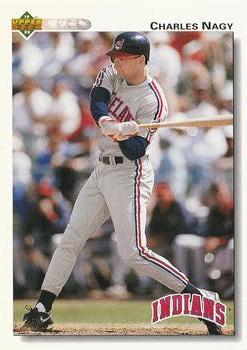 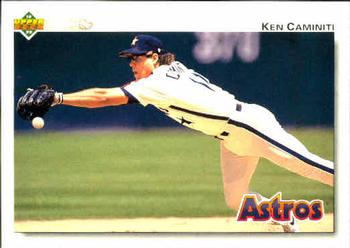 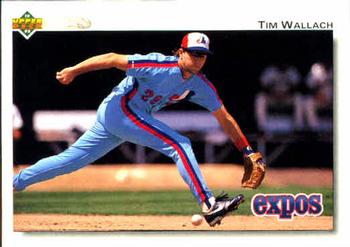 Fielding photos.. Got to love them.. Upper Deck had a good track record with these types of photos.
The Wallach one was the inspiration for an art project I did in high school.
I was in OAC (Grade 13.. Doesn't exist anymore) and we had to do six major projects.
I made a clay sculpture of the Wallach card. 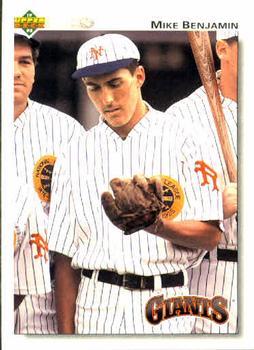 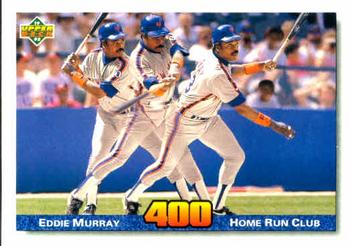 I love the photo here.. That is all..

What cards from the 1992 Upper Deck set were your favourites?