I decided this year to throw my name into the Secret Santa exchange set up by Matt At Bob Walk The Plank. I figured it was something interesting and relatively inexpensive I could do..

Santa took a little longer to get to my neck of the woods, which is funny, since we have a Postal Code for him..
(North Pole, H0H 0H0)

I'll let you figure that one out..

Anyway.. Today after braving the mass of humanity that is the grocery store, I came home to a package.. 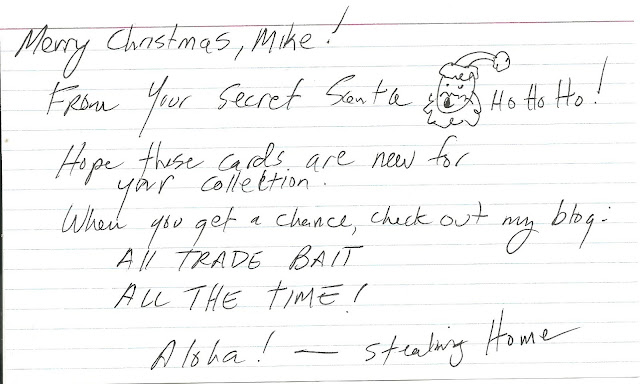 It's from Stealing Home of All Trade Bait, All The Time. I've looked over his blog a couple times before but this is the first interaction really.

So now that's out of the way.. Let's see the cards! 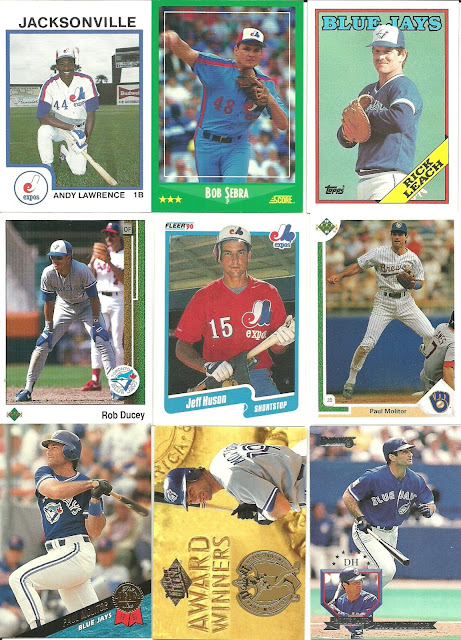 I smiled when I saw the Jacksonville Expos card. I don't know why, but I think I'm really beginning to love minor league cards.. Between the stadiums, the different uniforms (admittedly, the only difference between Jacksonville and Montreal is the removal of the "b" from the logo) they're just interesting.
A couple late 80s and early 90s needs here as well. The Ducey is going into the Canadians binder now.
I generally collect Molitor from when he was a Jay only, but I do like that 91 UD 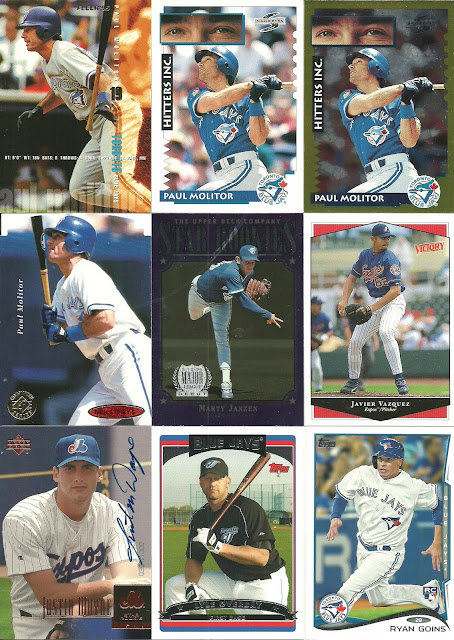 Some more mid 90s.. Peter Steinberg's favourite set is shown here with the 1995 Fleer Molitor.
I got two copies of both Molitor Score card here. Both of the base ones are being kept since I'm trying to put the set together plus the Jays binder.
Marty Janzen. One of those pitchers from the Era of Jays fandom we try to forget.. Janzen was part of a trade with the Yankees.. The Jays got Janzen and two minor leaguers who just took up space for David Cone.
Expos! Justin Wayne autograph is the nice one here. Justin Wayne didn't actually play for the Expos. He was drafted by them in 2000, and in 2002 was traded to the Marlins in a large trade. 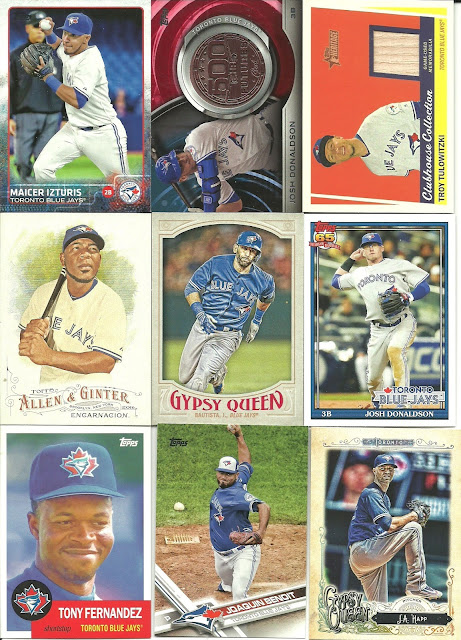 Basically, when it comes to later year stuff, if it's not Flagship, I don't have access to it where I live.. These are great to see.
It's funny.. A couple days ago, I got the Jose Bautista medallion.. Now I have the Donaldson one as well.
Tulo Bat relic! Neat!

And the final three cards..

These are great! Thanks to my Secret Santa!
Posted by Mike Matson at 4:38 PM