Writing About Cards on a Cold Day

If you follow me on Twitter, or read this blog, you know I've been having a rough go of things lately.
It's been to the point where I have done nothing aside from watch a little tv when I'm not at work or asleep. Today I wanted to write something out, but I have no idea what to write about..

I'm sitting here looking at my stack of 1994 cards to sort through and realizing that I'm hitting the part where I lost access to product to collect, certain things lost interest, and a flood of product started hitting the market that really hasn't stopped since. Really, the only difference is the number of sources.

In a way, I'm finding that there are products even from that time frame that I don't like.. 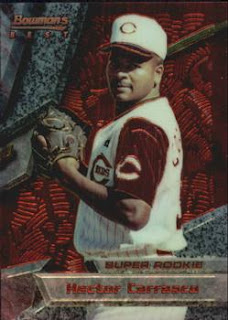 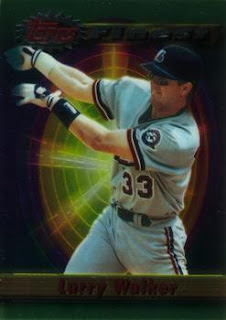 Cards with computer graphics behind the player instead of field.
For whatever reason, I want my sports cards to picture my sports figure on a sports field.
Since then, we still have photos of players in space, on fire, riding a unicorn, whatever else aside from playing on a field. 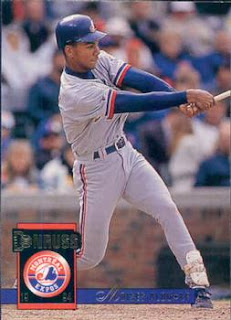 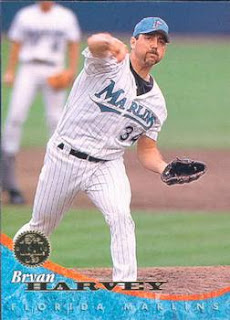 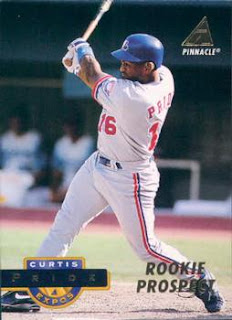 There were a number of sets that had either near full photos, or full photos.. I like the way the borderless Pinnacle and Donruss look here.

Cards without borders have been around for a while now, but I still prefer the older versions of it like these over the current ones. I think it has to do with the photography itself, not to mention the lack of a multitude of parallels.

The other thing I like but also am upset about is this: 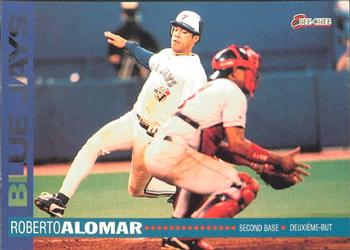 O Pee Chee's final set. I really like this set, but I have four cards from it. Also, two Pre-Production samples. I looked on whatever JustCommons has changed their name to and they have the inserts but no base cards.. I see COMC has a bunch of them, but 40 cents up to $6.50 for a card may be a little rich for my blood..

1994 did have some nice cards.. Really only two sets that I've seen that I didn't like

I apologize for my rambling. I hope you enjoyed it anyway..
Posted by Mike Matson at 6:22 PM