Yesterday I mentioned I had two purchases from COMC come in at the same time.
I showed the first..

Here's the second one 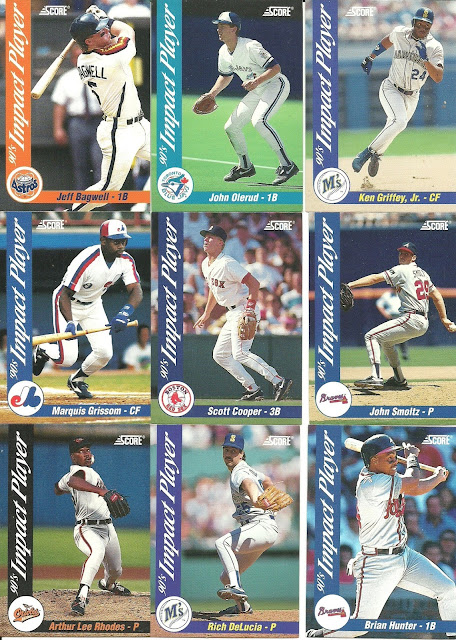 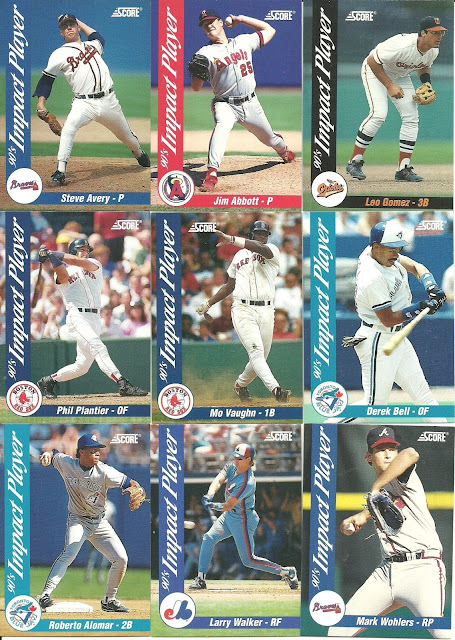 At the very least, I'm working on the 1992 Score Impact Players insert set.. I picked up two of the Olerud, Bell, and Alomar because of the Jays binder as well.. I got three of the Walker.. One for the Expos binder, one for the Canadians binder. 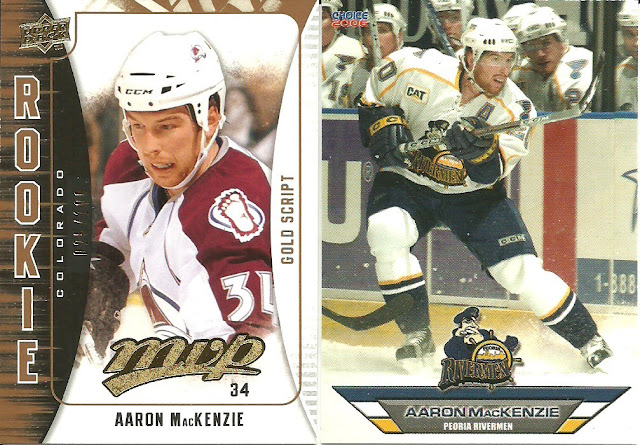 The other thing I picked up were a couple Aaron MacKenzie cards. I had the base MVP card. Now, I have the Gold Script card. This one is 25/100
The other one is from his time on the Peoria Rivermen.

According to the TCDB, there's not many cards of him out there. I collect him since he's from my hometown. He's a couple years younger than me.

Tomorrow, I'll be covering a trade package I received.

I likely won't be mailing anything out until after Christmas, though.
Posted by Mike Matson at 7:04 PM