A Trade Came In

Well.. Another Christmas gone. As mentioned on Twitter, the cards I got for Christmas weren't ones with photos of humans playing sports or anything else, really.. 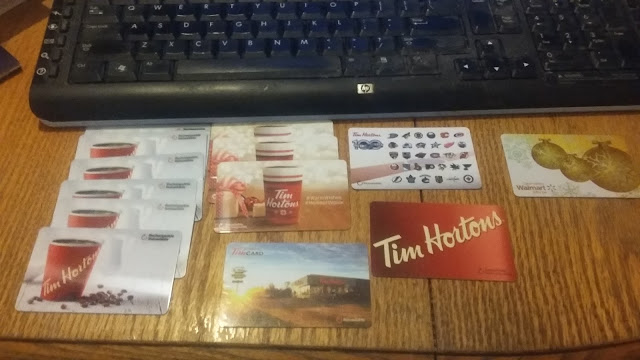 That's a bunch of Tim Hortons cards and a WalMart card.
The Tims cards came from the kids I drive to and from school.. The Walmart card actually came from a few coworkers..

Anyway... Today was the first day receiving mail after the holidays. I received a couple things today.

I received an email before Christmas from a trader I've dealt with before named John. He had come across a Jose Bautista medallion card and asked if I wanted it.. I said sure.
He ended up sending a couple other cards with it as well.. 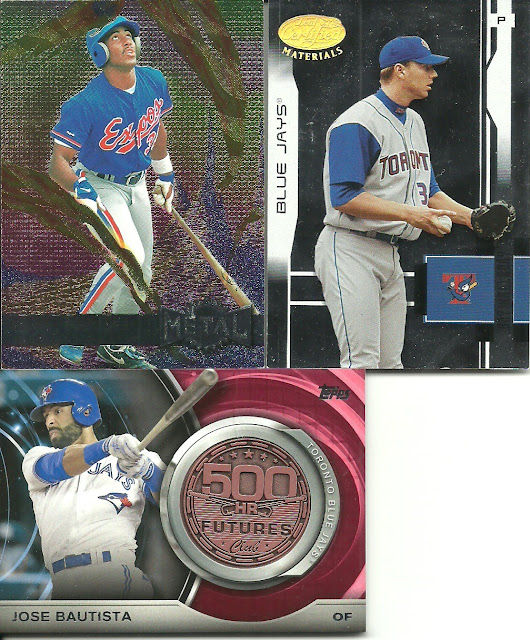 No unicorns there, but Yamil Benitez shows up on a Metal Universe card.
Roy Halladay also makes an appearance.
Finally, the Bautista card. I find these cards interesting. Same with the manufactured patch cards they did before these.

The other mail came from a TCDB trade I made with user halos17. 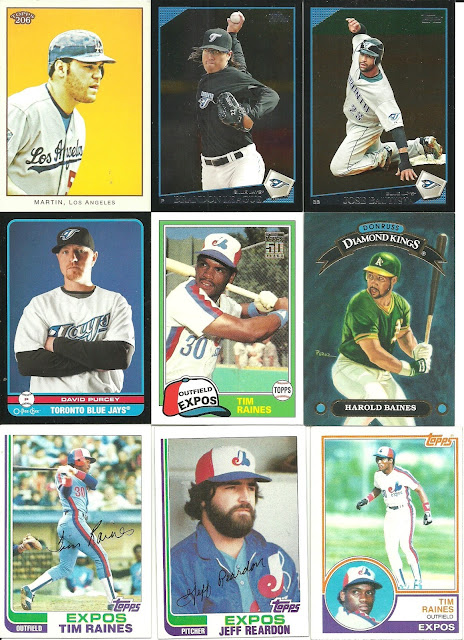 Some early Expos needs here with Raines and Reardon.
An 2001 reprint of a Raines 1981 card.
Harold Baines Diamond Kings
OPC David Purcey. This is from the UD reboot of OPC where French is non-existent.
Russell Martin slides into the Canadians binder here. 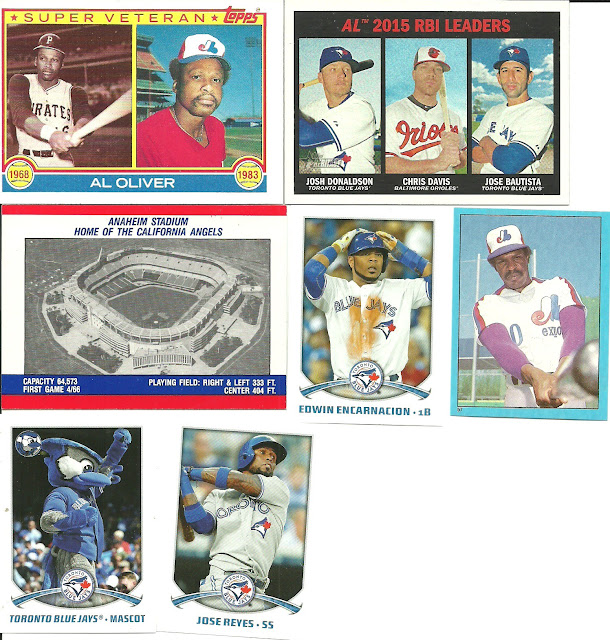 Al Oliver Super Vet!
That Heritage League Leaders card is a Jays Sandwich with Oriole filling.
Love the Fleer sticker backs with the stadiums.. I've mentioned it before, but I'm a bit of a stadium geek..
Speaking of stickers, some Topps stickers here..
I don't like how they don't name the Jays' mascot. That is Ace.. 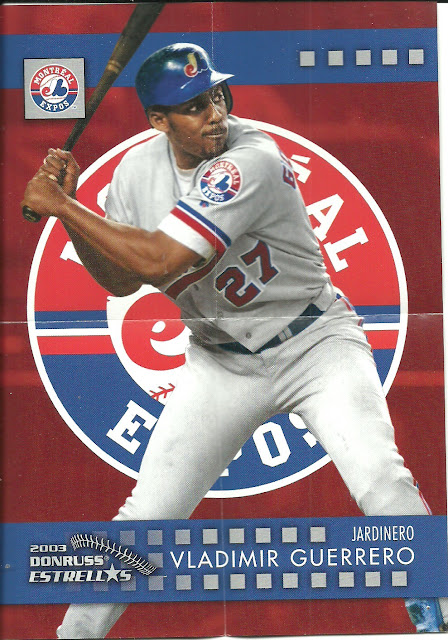 Finally, a 2003 Donruss Estrellas poster of Vladimir Guerrero.
This is rather interesting. The back has everything in Spanish aside from the copyright information on the bottom.
In any event, an interesting piece for the collection..