A Trade Comes Through

I've been battling myself physically and mentally lately, so today is a small victory when I only wanted to say "Nope! Hibernation!" once today..

Part of the mental is pressure I put on myself to be a good trader.. Getting cards together and sent out in a timely fashion. Preferably as soon as the trade is agreed upon. Sometimes, though, I don't get them out for a week or so after the trade was agreed upon and sometimes I receive the package before I sent out...

This was one of those cases.. And in fact I have another case where it's happened.. I do let the people know if there's an issue though, so there is that.. Not like I'm radio silent..

TCDB member SaveDaKid and I worked out another trade recently. We've traded a few times, so I imagine I'm doing something right. :) 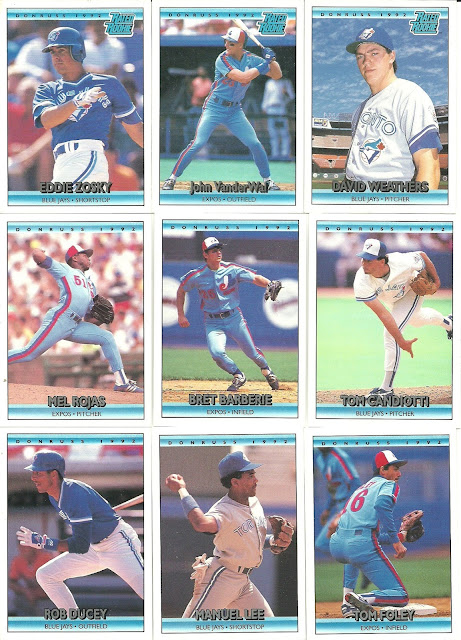 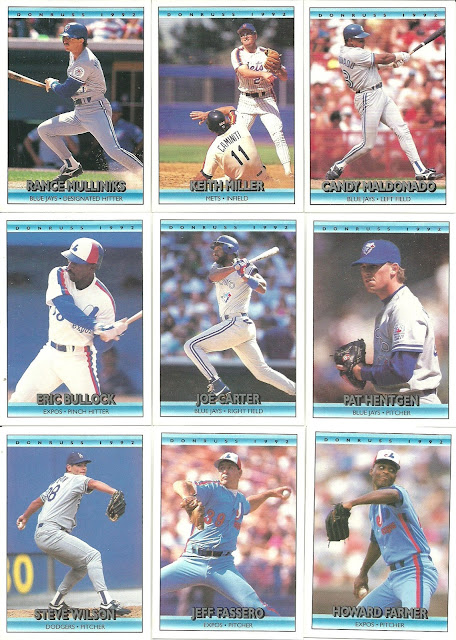 A bunch of 1992 Donruss.. As I was going through adding them to my set and verifying them on the TCDB, I realized I missed a couple I needed a second copy of.. However... I'm down to 10 Base cards needed to complete the set.. The Diamond Kings is another matter altogether. 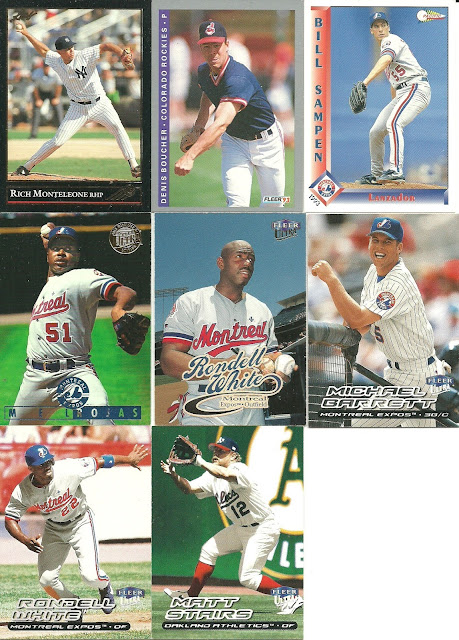 Denis Boucher, I forgot was with the Rockies.
Some later 1990s Fleer Ultra as well. One card I forgot to scan was a 1991 Stadium Club Duane Ward.

I'll cover the other trade tomorrow.