Repacks Because I Can Part 3

Another day, another repack.. 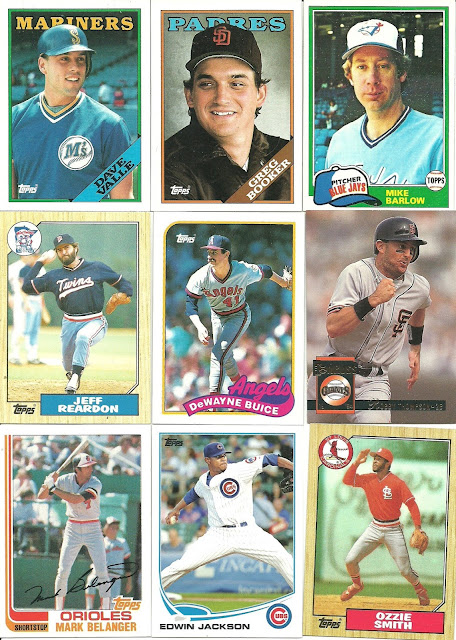 A lot of 88s and 89s here, though that Barlow was a nice one to get.. I already had it, though, so..
Mark Belanger also shows up here. 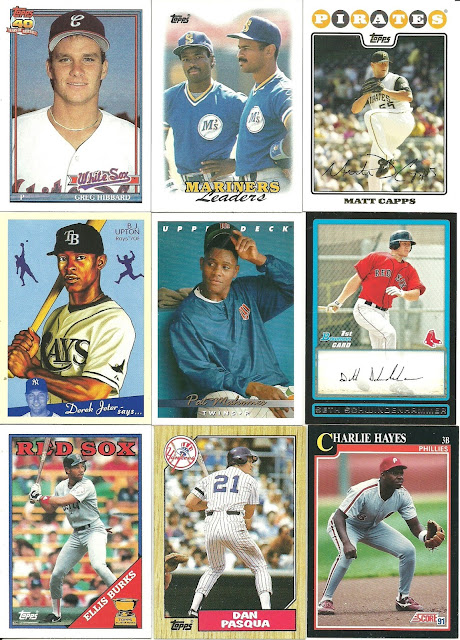 Schwindenhammer makes another appearance.
It's funny, one comment on yesterday's post was asking about the BJ Upton Goudey card.. Well... Here's another one!
It does look like Pat Mahomes is scratching his head about it though, the way I scanned them. 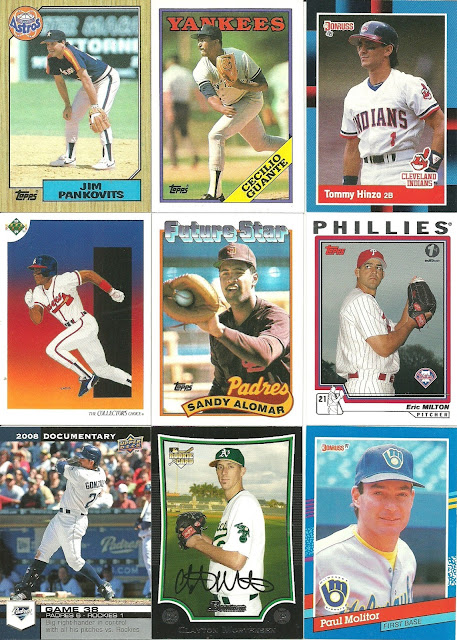 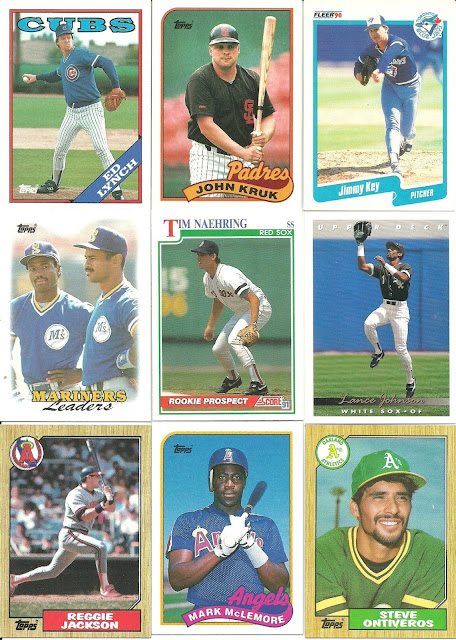 A John Kruk.. I wonder if Peter at Baseball Every Night needs that one.. Or wants another one..
Speaking of that... I'm almost tempted to get a bunch of Strawberry and Kruk cards, send it to him, calling it a box of Strawberry Kruk... *rimshot* 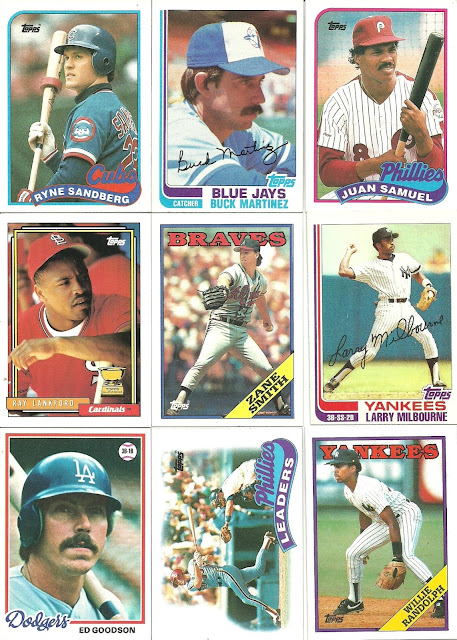 Another Ray Lankford! Think Presstine was trying to get rid of them?? lol
Buck Martinez makes an appearance.. I'm tempted to keep this one just to send it next summer to get autographed. Maybe I'll keep a Tabler as well..
Ed Goodson was a 78 I needed, so that makes the collection. 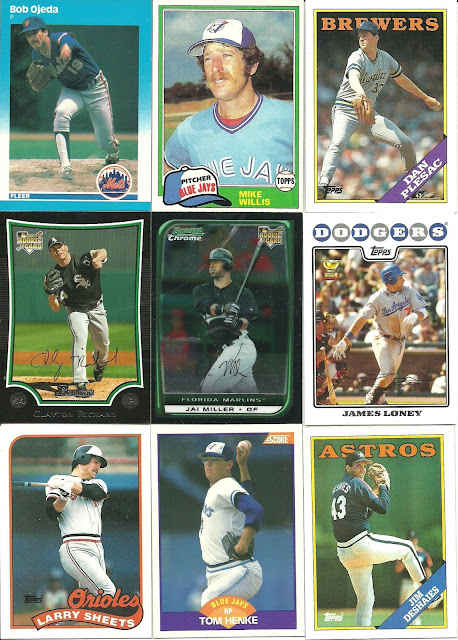 Mike Willis is another one I already had.. I think most of the ones here are either trade bait or cards I didn't need, therefore trade bait.. lol 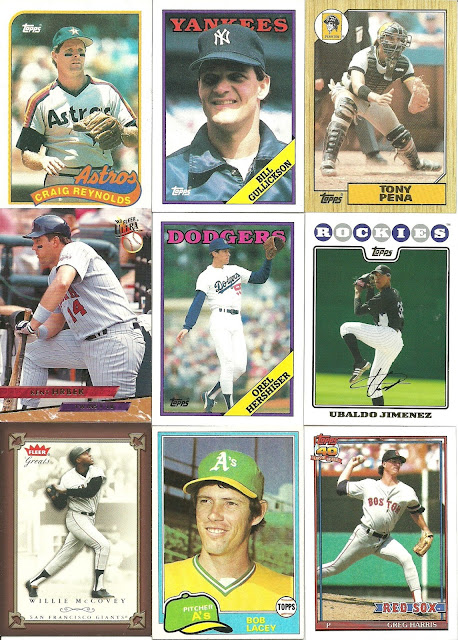 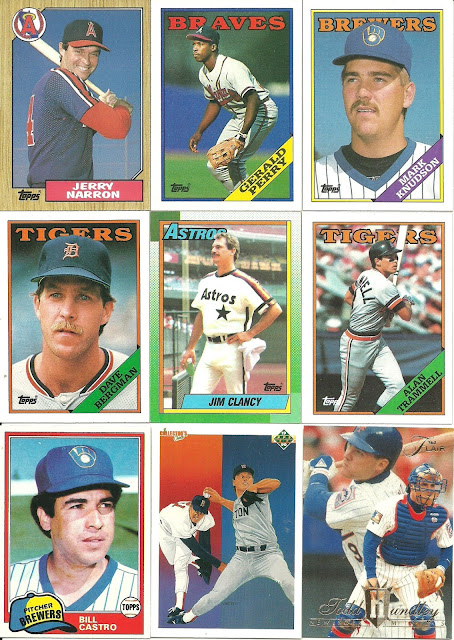 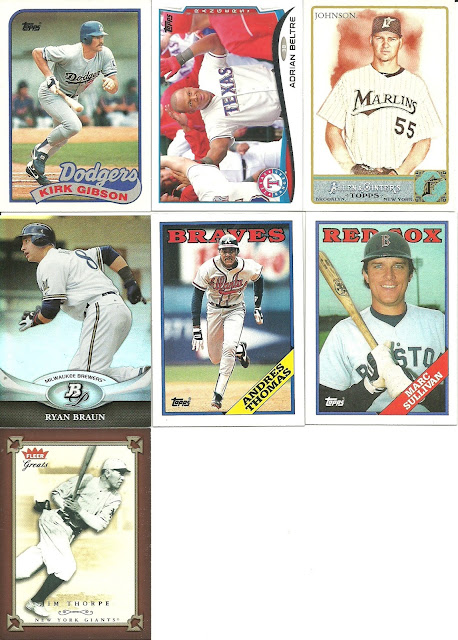 Hey! A Ryan Braun card where his eyes aren't trying to escape his head!

I'm debating whether or not to do the fourth one tomorrow, or try to write something else up.. All depends on how I feel tomorrow, I guess.