Welcome to the Hall of Fame, Larry Walker!

In his book, Canada's Baseball Legends, Jim Shearon wrote:
"If he can stay healthy, Larry Walker will be the best Canadian-born baseball player of all time"
Today, he became the second Canadian-born player to ever be inducted into Cooperstown's Baseball Hall of Fame.

There was a lot of talk about his stats being inflated by Coors Field. For a few years, it does show. I do find it funny though, that his MVP year in 1997 he hit more home runs on the road than at Coors.

The other knock was injuries. There were a few years where injuries took a fair portion of the season from him. He still provided at the plate and on the field..

Since this is a baseball card blog, I want to show my top 10 favourite Larry Walker cards I own.

They're in no particular order, really, though my number 1 might be on the bottom of this set... 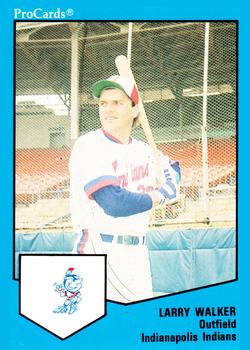 Walker in Triple A.. Member of the Indianapolis Indians in the American Association. 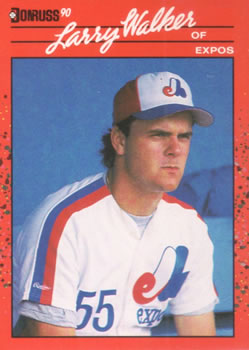 Possibly one of the few times you'll see Walker in a uniform number other than 33.. I honestly think this was in Spring Training, since Baseball Reference lists his only number as an Expo as 33. 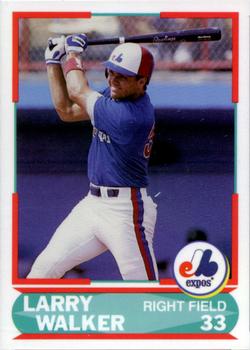 Early Score seemed to like to get Maple Ridge wrong. They kept calling it Maple River.
Another example of the 55 though, as that definitely looks like a 5 on his back.
I think once he made the team he was given 33. 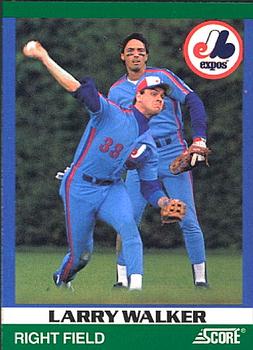 I love this picture. Walker and I'm not sure who that is.. Against the backdrop of Wrigley's ivy.
Honestly, I want to say the other guy is Tom Foley... But I may be wrong.. 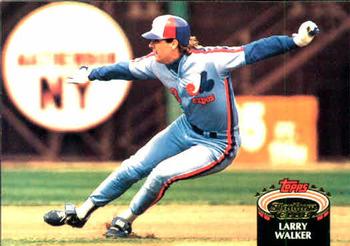 Stadium Club has been historically known for great photography. This one is no exception.. I love the shot just as Walker throws the brakes on. Though, it does look like a good way to break an ankle. 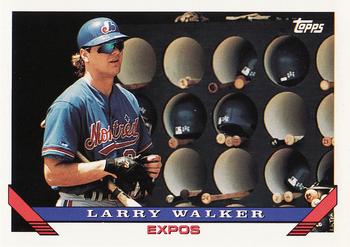 I don't know why I like this one. It's an interesting picture though, Walker in front of the bat rack.. 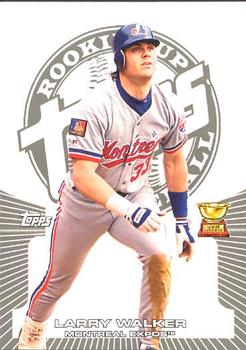 The Rookie Cup insert from the last couple years (I don't remember when) had this wonderful card in it. 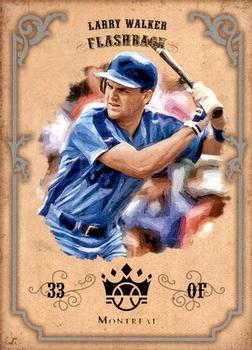 This is the only Panini product on here, since he wasn't featured much in their stuff. I just like the look of the picture. 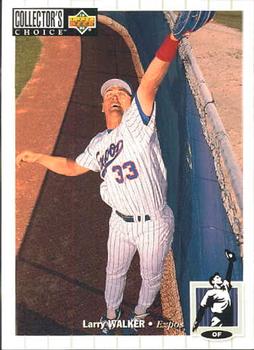 Upper Deck was another company known for great photography. This is probably one of my all time favourite cards period. 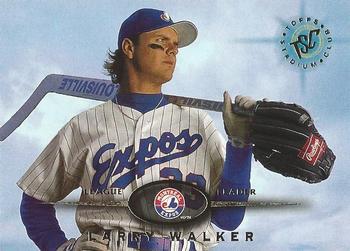 It may or may not be known, but Walker played hockey in his youth and was going down the junior hockey path as a goalie. He ended up getting cut from the Regina Pats and went home. He was found at a college tournament by the Expos and signed. 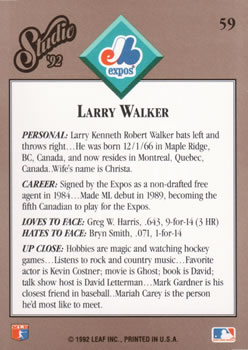 As an added bonus. I wanted to show the back of his 1992 Studio card. This is why I loved these early Studio sets.

Congratulations on making the Hall of Fame, Larry Walker! The second Canadian born player to do so!