Jays from The Team Collectors

Another day, another post about cards. Strange how that works..

This time, it's a small stack of cards I received from Team Collector member promodeltodd. 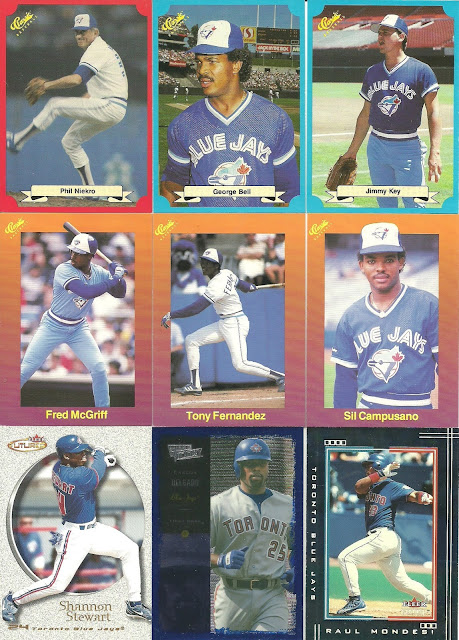 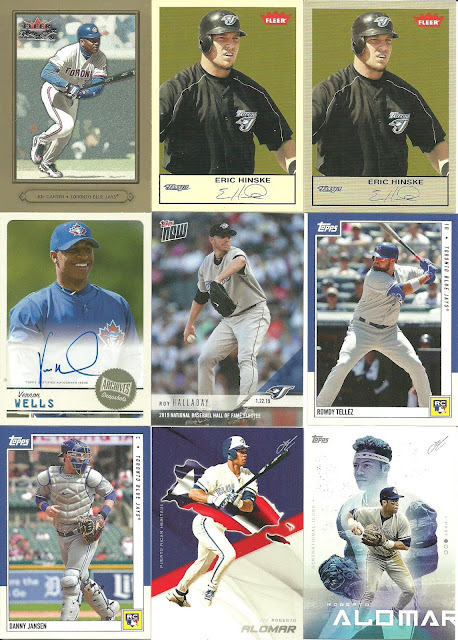 Quite the jump after the 2005 cards.. Right into 2018-2019.
Vernon Wells autogrpah here. A Topps Now card for Roy getting into the Hall.
Then we have some more on-demand stuff..
The Tellez and Jansen are from the Rookie Progression set.
The two Alomar cards are from the Topps x Lindor set. 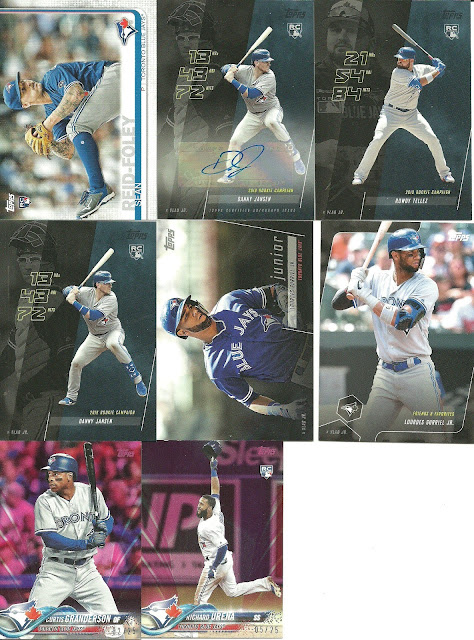 The Reid-Foley card is from the Clear Travel set, I believe, since it's numbered CP-61
The Granderson and Urena are both serial numbered out of 25. It took a bit to find those.
The rest of these cards are from the Topps x Vlad Jr set.
The Jansen auto shown is numbered as "9-A" for the card number, so I imagine it was meant as a variation of card 9, but I'm not sure.

Thank you for the cards!!
Posted by Mike Matson at 9:25 AM