I'm part of a community of collectors called the Team Collectors..
As the name suggests, it's for people who collect a specific team and you send and receive packages between others in the group.

I admit, with all the stuff I've been dealing with I haven't been the best member, but I do appreciate the community and I do have stuff to send out.

Well, I was surprised to hear I was going to get a box from a member, DodgersDennis. We've interacted before and I have to say, a lot of what was sent was glorious.

I scanned what ended up fitting into the collection. I have other Jays collectors I can disperse the extras to. 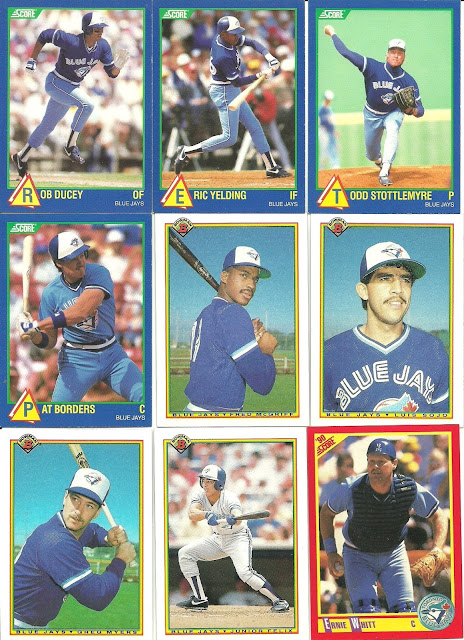 I kind of like the old 100 Rising Stars and 100 Superstars sets that Score made.
Eric Yelding is interesting to see here. According to Baseball Reference, he was drafted by the Jays in 1984. Then in 1988 was taken in the Rule 5 draft by the Cubs. In 1989 he was selected off waivers by the Cubs.
The card shown is from 1989. So I imagine Score took photos in Spring Training of 1988, since it was December he was taken by the Cubs. 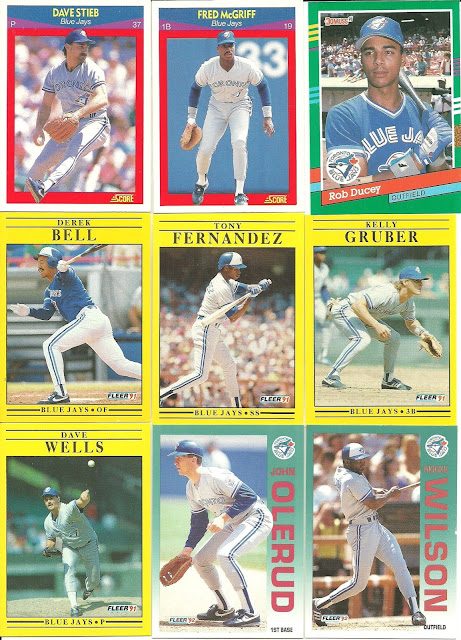 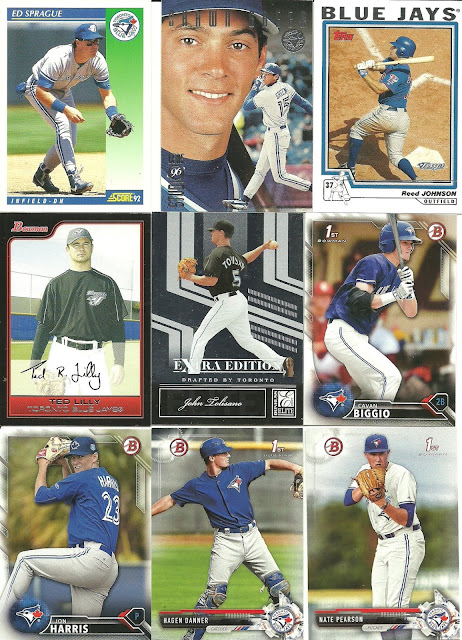 Ed Sprague 1992 Score! This one has been a rather elusive card for me..

Reed Johnson was one of my favourite players of the Angry Birds era..
We have some more modern cards here, with Cavan Biggio and Nate Pearson. 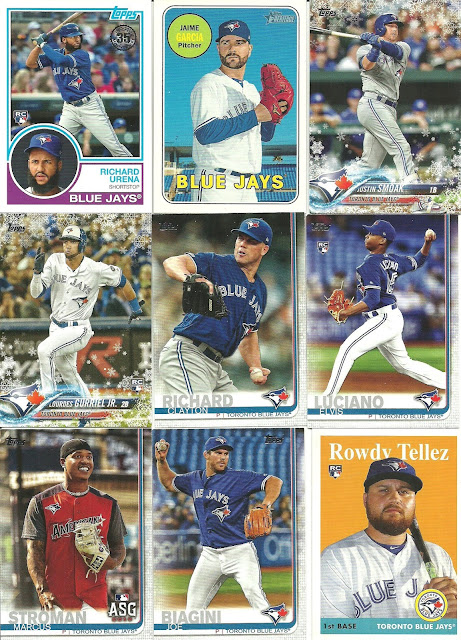 We have snow in the Dome! Oh wait, that's just the card effect.. 2018 Holiday cards and some 2019 Update. While Biagini had an up and down tenure with the Jays, I really liked him.

These three confused me..
Trying to figure out where they came from and where they fit on the TCDB.. I did find them, though it was fun..
Vladimir Sr counts as an Expo card obviously. He's in the Million.
Jr, while he's Canadian and technically, I would need two of these for my collections, I'm leaving the Online On-Demand out of those requirements for my collection. Otherwise it'll just drive me bonkers.

Thank you DodgersDennis for the cards! I will have something out to everyone at Team Collectors hopefully in February..