I placed a COMC order before Christmas and received it today. The majority of it is Expos for the Frankenset, though I did get a couple Jays as well. 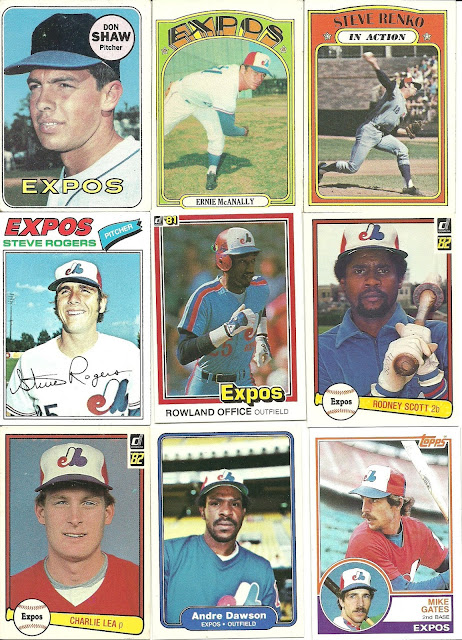 These 9 all fit into the Frankenset. I actually bought two of the Renko In Action so I would have one for the set and one for my collection. 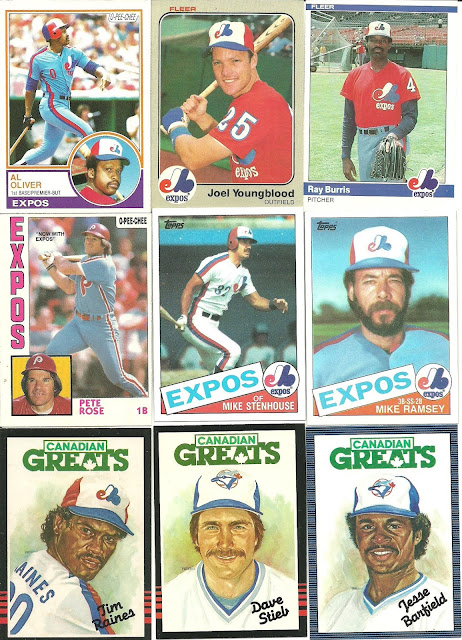 The Pete Rose OPC replaced my current Card 300. Showing him in an Expos uniform, looking at COMC, there's a Donruss and a Fleer card.. Otherwise, it's Topps Traded and unlicensed stuff from Leaf years later..
The Canadian Greats were from the Leaf/Donruss sets in the 80s. I only needed a couple to have them all.. So I got them.. The Raines is a duplicate for the Frankenset. 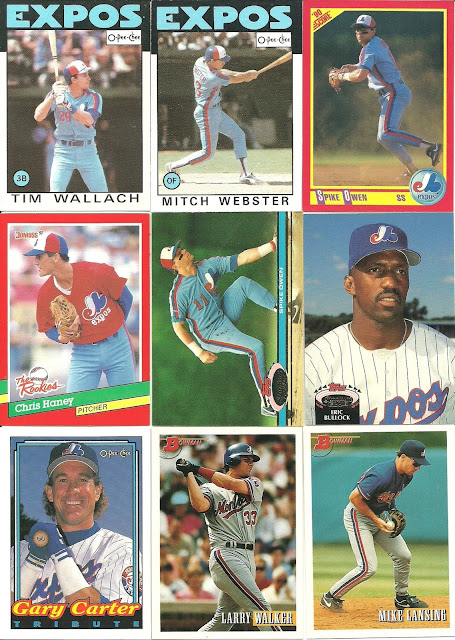 The Haney Rookies card, I'm honestly not sure why I picked it up, other than to have one closer to finishing that need..
The Bullock Stadium Club I picked up two of. The Walker Bowman I got two of as well. 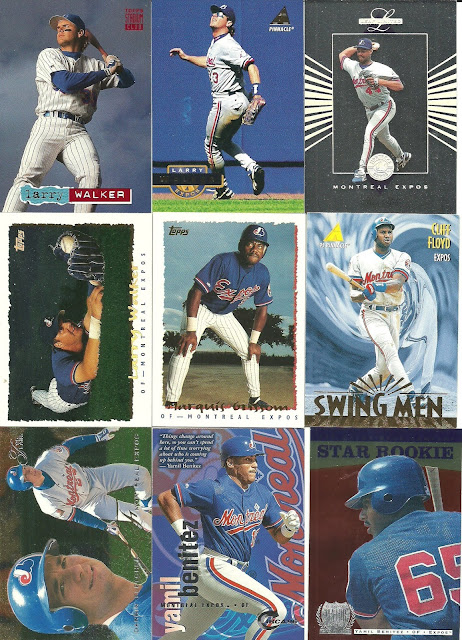 The Walker Stadium Club, I for some reason, now show as having multiples of, but I don't recall having them before.. So I need to relook.
The Pinnacle Walker I got multiples of as well.
I also got three copies of the Walker Cyberstats card to fill each need.. One for the Expos, One for the Canadians, and one for the Frankenset. I love the look of the card, so it took over 221.
The Circa card is very 1995 Fleerish.. 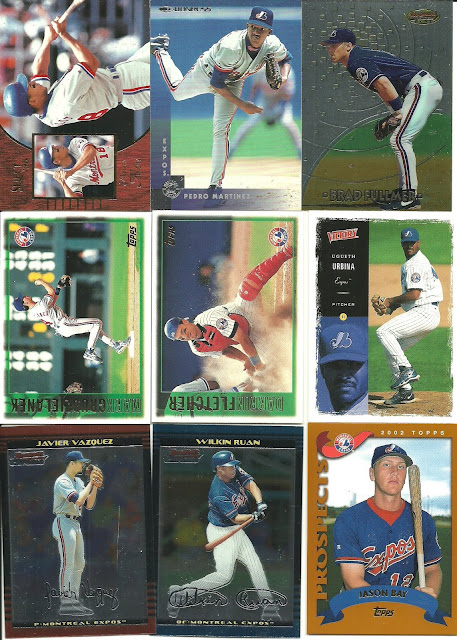 Jason Bay was a multiple pick up as well. I don't recall if I had it for the Canadians binder and the Expos binder already, but I got two.. I'll really need to split my collections on TCDB to keep track I think.. 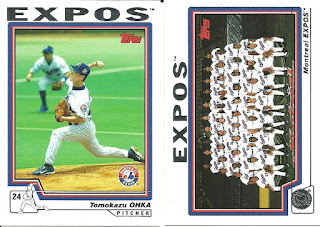 Finally a couple 2004 Expos cards for the set. I love the team cards, so I will almost always have them in when I can.

So.. Those were the cards I picked up from COMC. I'm going to catalogue them in a spreadsheet so I can keep track of what I have where..

But this brings me to an issue I'm sure others doing the accumulation projects run into.. Accuracy and not being completely sure if your numbers are correct.. I'm severely tempted to go through and recount my duplicates and everything else, minus sets.. I'll just keep the info from the sets on TDCB, I think.. Though if it's only the duplicates I'm worried about... It may be something I do later on in the year.
Posted by Mike Matson at 9:48 AM