Three days of Challenge and a Trade Package

I may be cheating in these posts by covering three days worth of the challenge that I've done on Twitter, but this is a recap... (you wouldn't believe how long it took me to remember the word)
DAY 16: A card of a player you appreciate but don't like 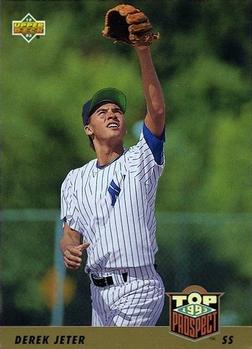 Derek Jeter had a couple things against him for me..
1: The uniform
2: He gave off a very smug vibe to me..

I agree he's a great player, just don't like him..

DAY 17: A Card from the first set you put together hand collated.

Well, I'm still working on completing a few sets, but since I have the final card I need for this one sitting in my COMC shipping queue.. 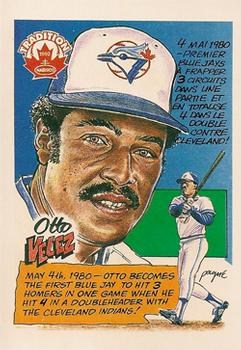 DAY 18: Card of a player who became manager of your favourite team

Now, with this one I wanted to pick a card I had of the person as a player. So I wasn't going to simply pick a card of say... Jim Fregosi, AS manager of the Jays for this card.. I needed a card from his playing days to do so.. 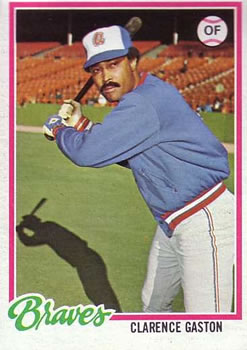 Cito wins due to World Series.

I finally have caught up with the trade packages to go out.. I have a couple I'm sending out tomorrow, so I want to cover a small package I got recently from TCDB member bkim.

He sent me a trade proposal for a few cards, then as a Pay it Forward deal, sent some more of the same set to me.. 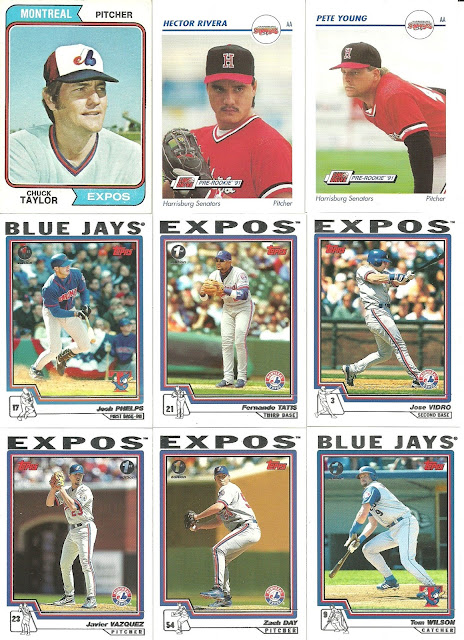 A 1974 Expo. Chuck Taylor makes my collection now.. We have a couple Harrisburg Senators from when they were an Expos affiliate and not a Pirates affiliate like I did to myself earlier..

The rest is 2004 Topps.. I think most of them are First Edition. 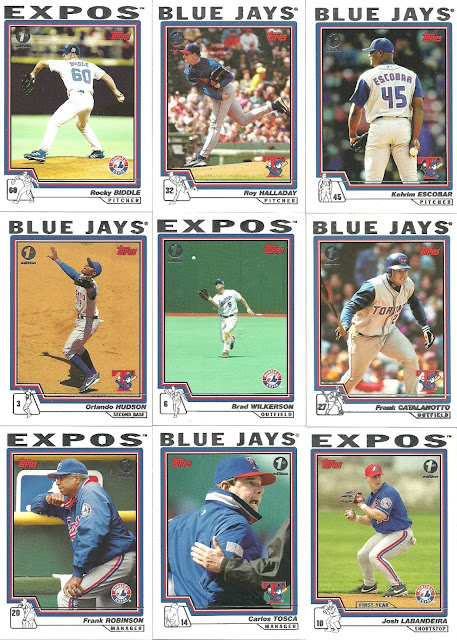 Speaking of managers, we have Carlos Tosca and Frank Robinson.
Frank Catalanotto grounds out to second in the photo on his card... Most likely anyway.. It seemed that's all he did as a Jay.. 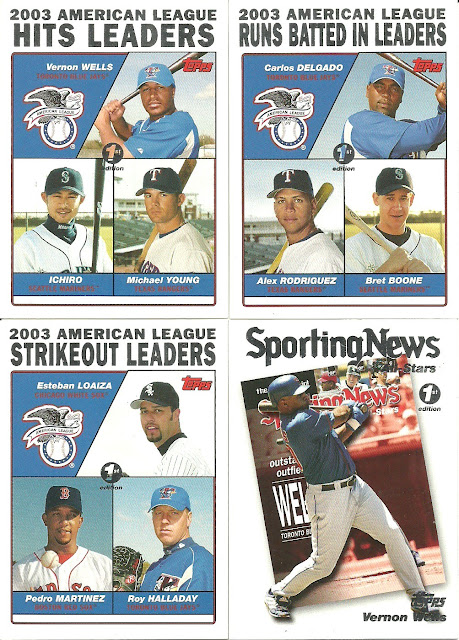 League Leader cards.. I like the backs of these cards.. 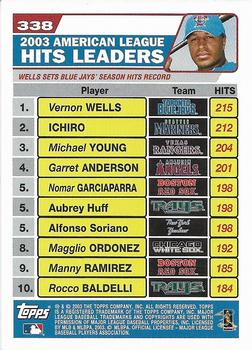 Rather nice with the name, team logo, and stat all listed in a nice chart.