The last two days (Days 4 and 5) I had answered on Twitter. I'll show them here today, along with Day 6.

Day 4 was A Rookie Card of a favourite player 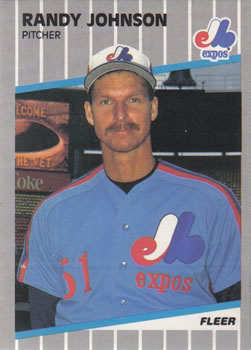 A lot of my favourite players have been obscure guys who come out of nowhere for a couple seasons then fade away. Others are guys I'd never be able to afford rookie cards of..
So I decided to go with the Randy Johnson card above. 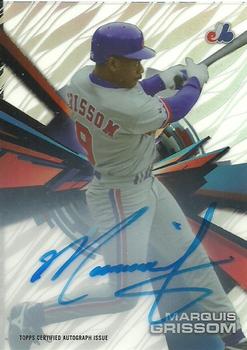 I don't have that much in the way of autograph cards to begin with..
I have this one, Topps High Tek Marquis Grissom that almost wins by default 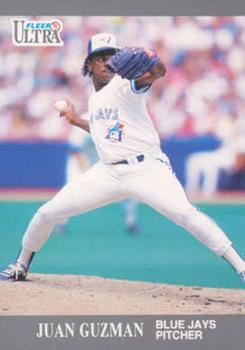 This is about the only card I ever spent more than $10 on. I bought it in 1992 in a card store in Thunder Bay for $15 CDN. I since misplaced that copy and am looking for another one.

Now.. The other part of the title promises something about Pay it Forward..

On the Trading Card Database, there is a Pay it Forward thing going on where members have picked other members to send cards off the recipients' want lists for free. I have a batch of cards going to someone I've traded with once before. Let's see what I received. 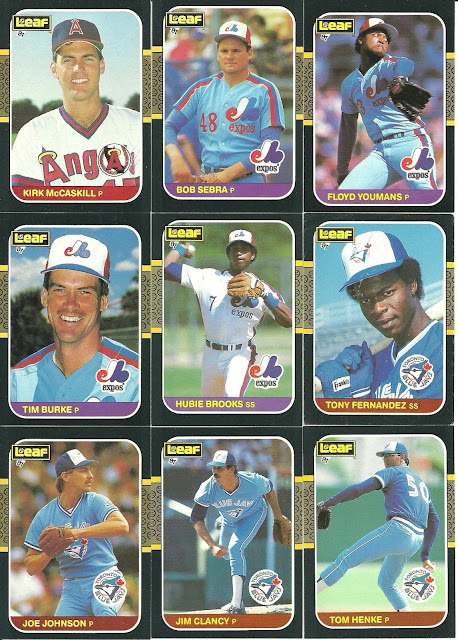 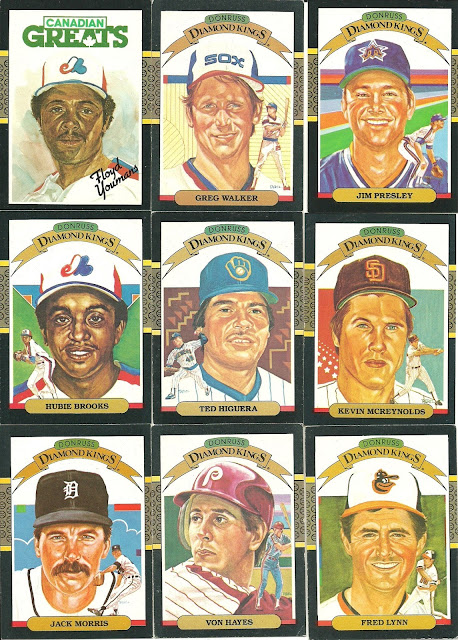 Always love seeing Diamond Kings cards. The Canadian Greats cards were in the Leaf sets and generally featured a Jay and an Expo. 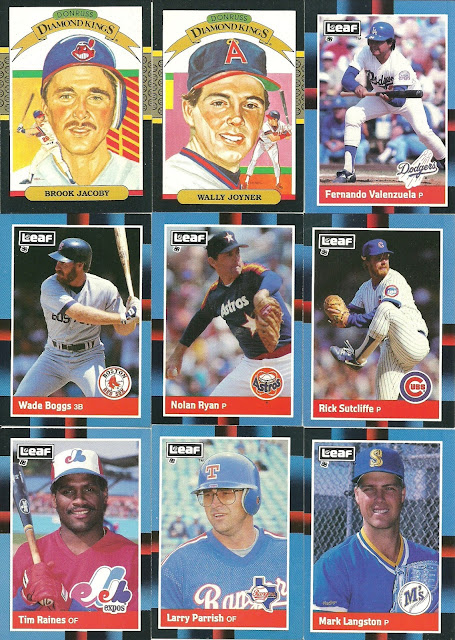 More Leaf, this time from 1988. I had received a bunch of these when I bought a collection from someone else. I decided since I had a bunch I'd try to finish the set. This gets me going in the right direction. 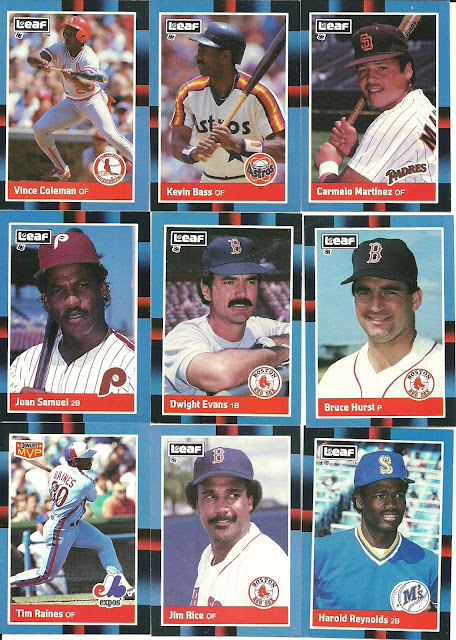 More 1988 Leaf. I'm beginning to wonder if any team has had more uniform changes than the Padres. I don't think they ever really had a uniform set last longer than four seasons. 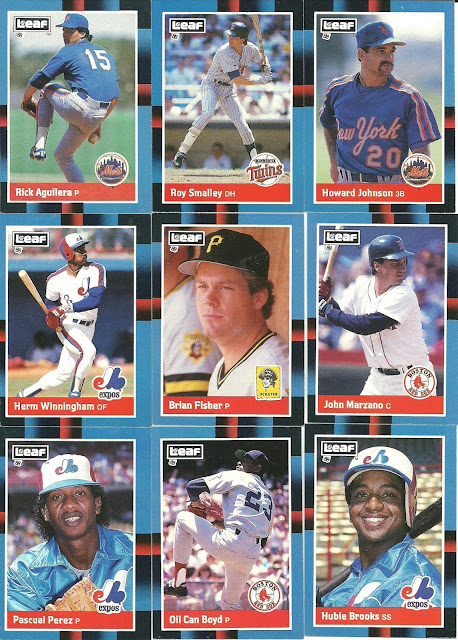 And more 1988 Leaf.. The Marzano and Boyd cards would be perfect in the current Panini era Donruss cards. Same with the Aguilera and Roy Smalley, really.. 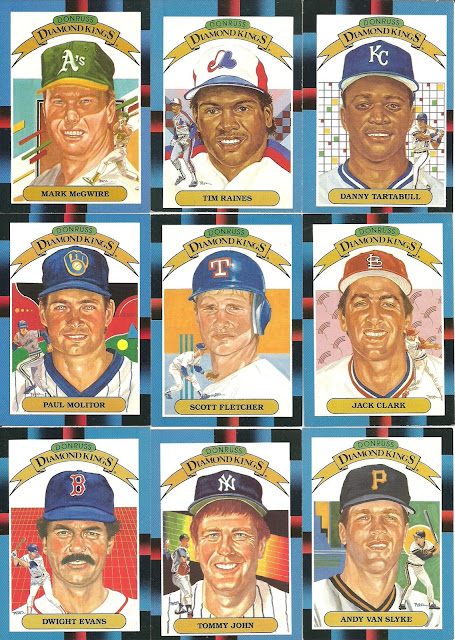 More Diamond Kings. The only way you could tell the difference between the Leaf and Donruss Diamond Kings at the time was the back.. French as well as English. 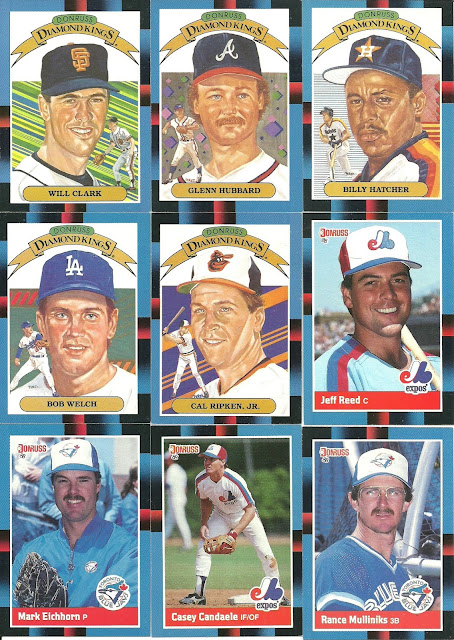 1988 Donruss.. I never really was able to watch Casey Candaele play. I do have a few cards of his from different sets. He actually has one of my favourites for photography. 1993 Upper Deck.. You'll see why...

Also included is one of my nemeses. Rance Mulliniks. I've said before the only reason I collect him is that he was a Jay.. Same with Frank Catalanotto. 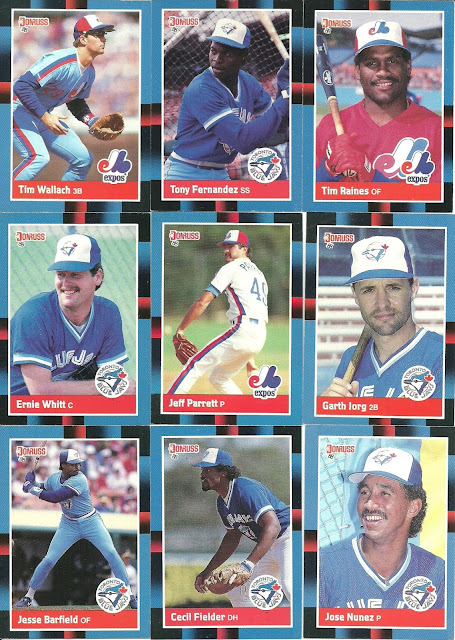 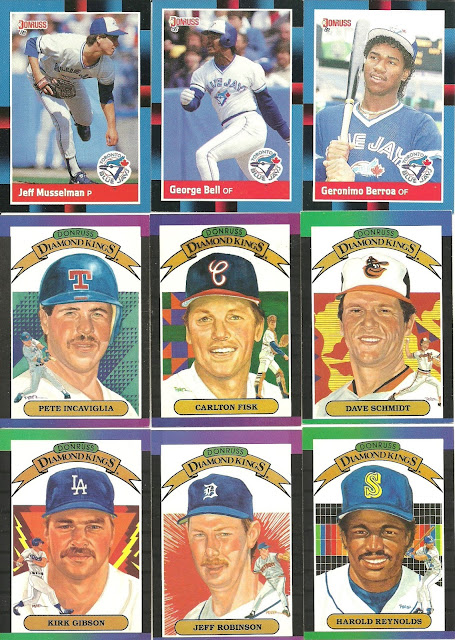 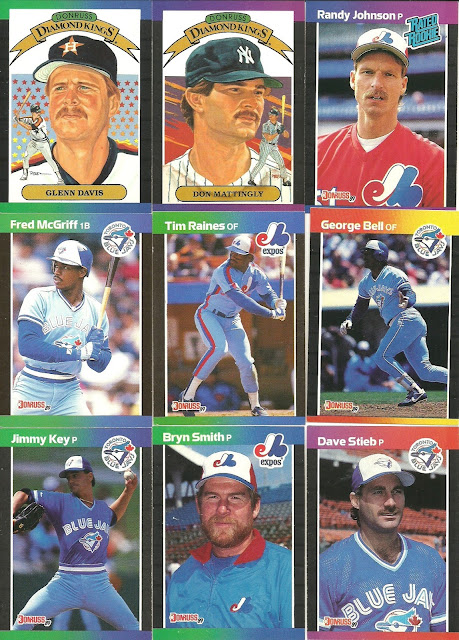 1989 Donruss Jays and Expos. Love the Randy Johnson card too. 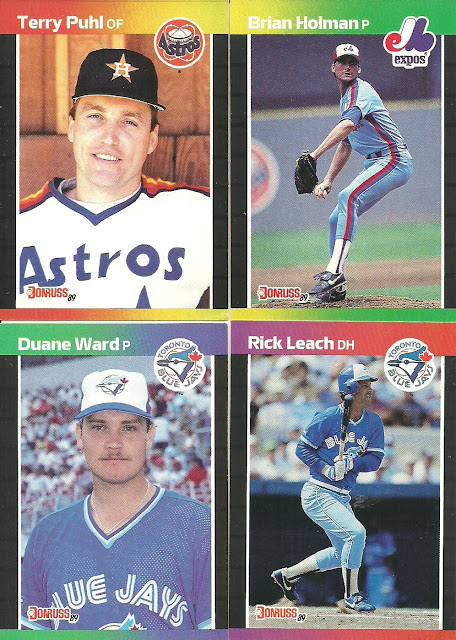 Terry Puhl for the Canadians collection.

So this is part of what I got.. The other part I will show off tomorrow.