It's another edition of Take My Crap! 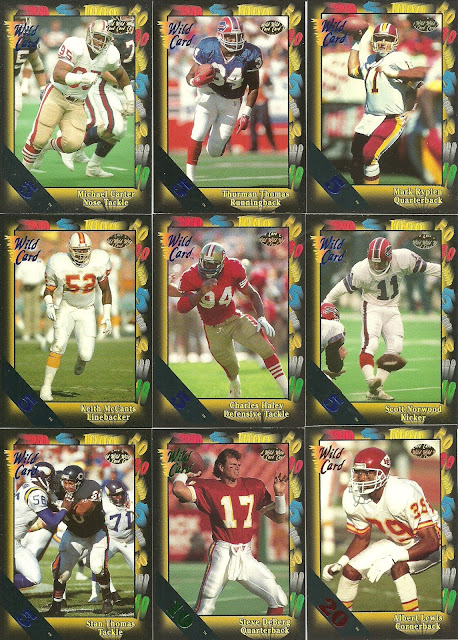 Football.. These are called Wild Card.. I have no clue why there's numbers on them, what they mean, or anything else about them.. *goes to research* 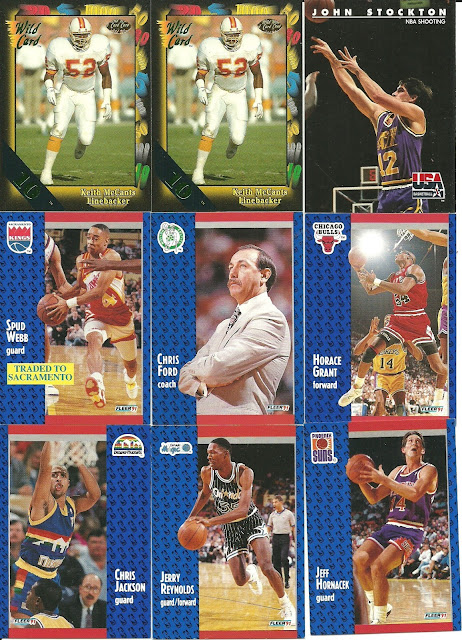 Two more Wild Card, then onto the Hard Court.
I recognize some of these names..
Horace Grant, Jeff Hornacek, John Stockton..
I have to say I like that Denver Nuggets uniform.. 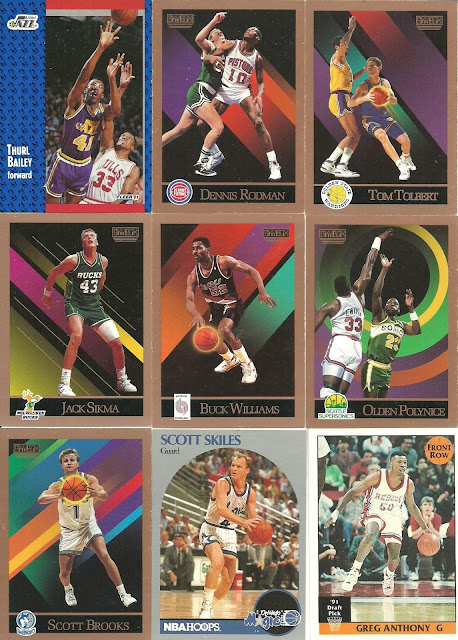 More basketball.. This time I only recognize Dennis Rodman.
The Greg Anthony Front Row is actually a Promo Card. 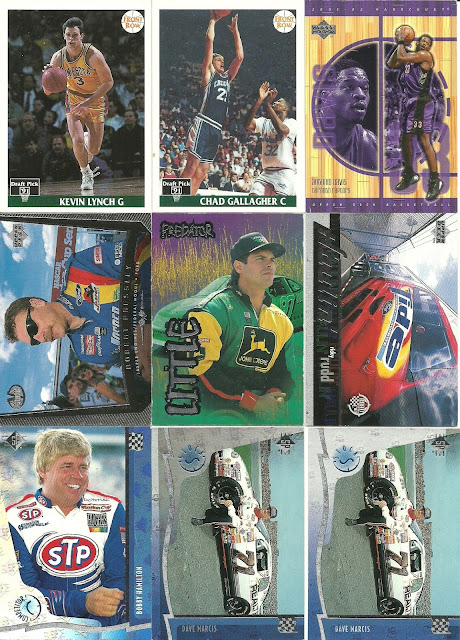 A little more basketball, including a Raptor.

Now racing.. Really not interested in these at all. Never have gotten the interest in it.. But then again, if everyone liked the same thing, the world would be boring. :)

So if you see anything you like, let me know! Comment, E-mail me, send smoke signals.. Whatever you want.