I recently got an e-mail from Richard of George "Moon" Gibson saying he was thinning out his collection a little and wanted to send some stuff my way.

It arrived Monday (while it was a holiday, it wasn't a Federal Holiday, so Federal employees worked) 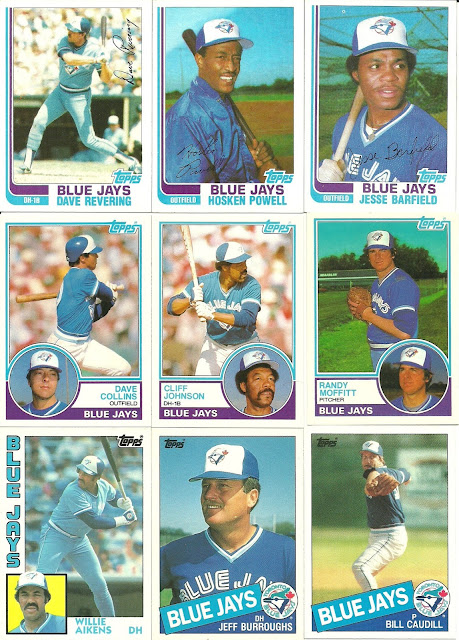 Some early Jays, mostly from the Traded sets.
It's amazing how far the photography has come since 1982-1985. Now you'd never have a player posing on what amounts to a high school field. 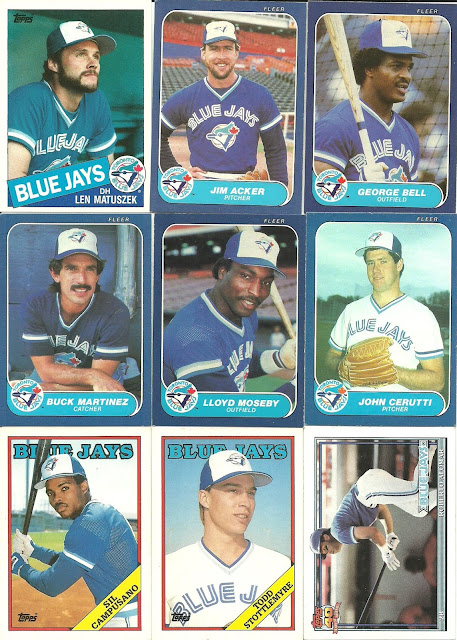 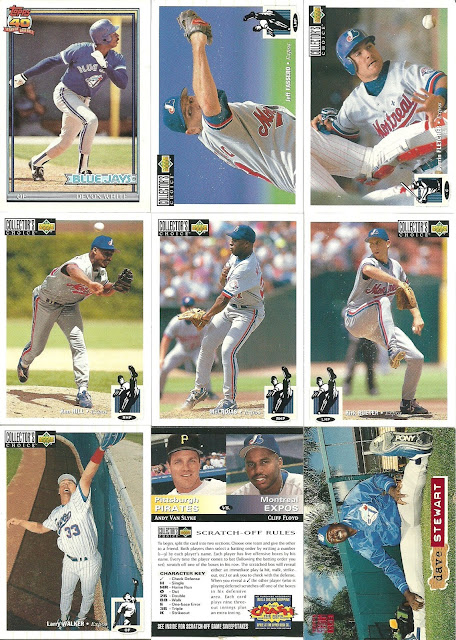 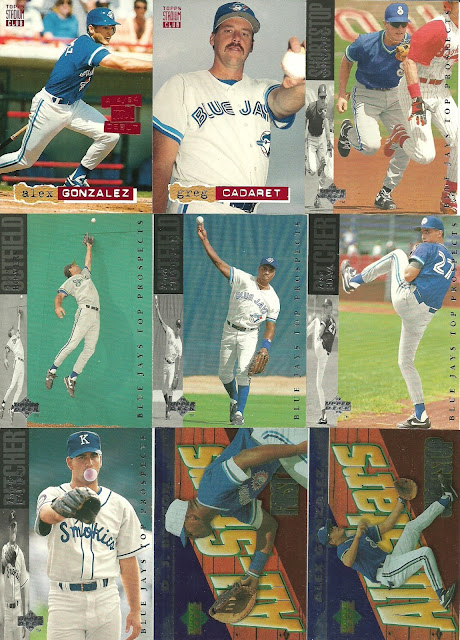 Upper Deck Minors.
Of the ones shown here, only D.J. Boston didn't make the majors. 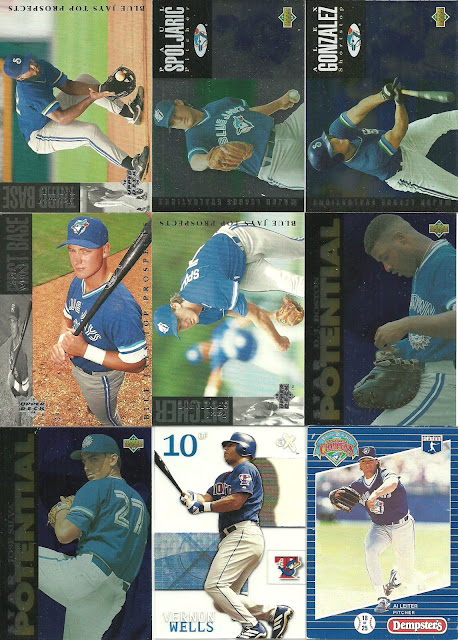 More Minor Leagues here, with Chris Weinke not making the Majors here.
The Vernon Wells is a clear acetate card.
A Dempster's World Champions Al Leiter. I have a few of them now. 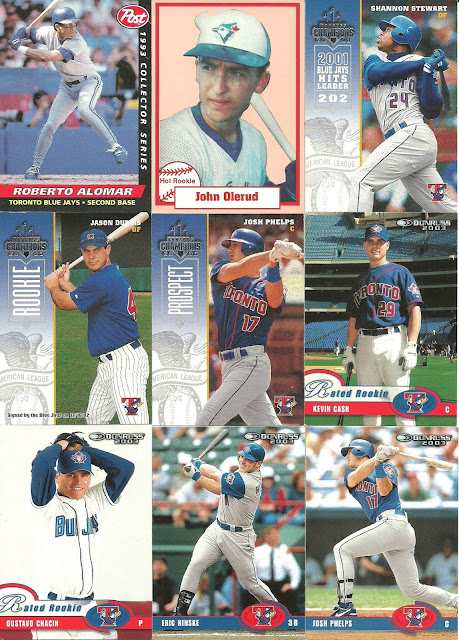 Now we get into the 2000s. I liked the uniforms shown in these cards. Probably my second favourite uniform after the original/current.

Jason Dubois is an interesting case.. He was drafted by the Jays in the Rule 5 Draft.. Then he was returned. According to the blurb on the card, he was signed by the Jays.
A couple Josh Phelps cards and current Rays manager Kevin Cash. 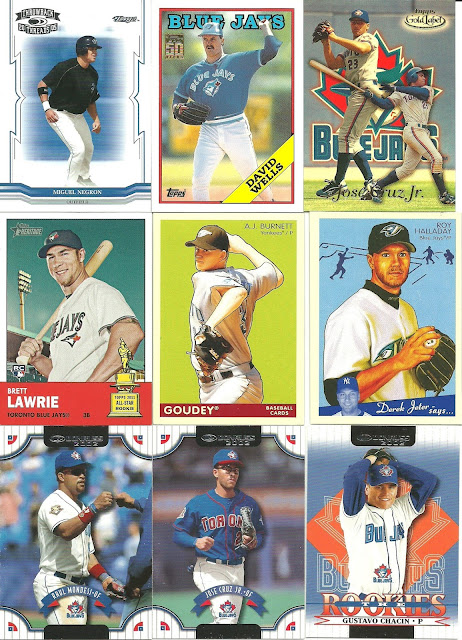 A David Wells reprint. The card in hand is odd.. It's glossy and on the card stock used now, making the picture on front look odd.
Full sized Goudey cards, including an A.J. Burnett showing as a Jay but the card says Yankees.
Brett Lawrie makes an appearance here as well. 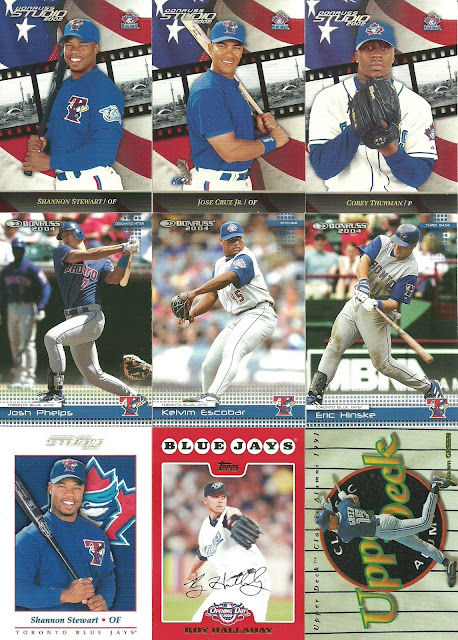 The Roy Halladay Opening Day is interesting as well.. I find the red colour border cool. 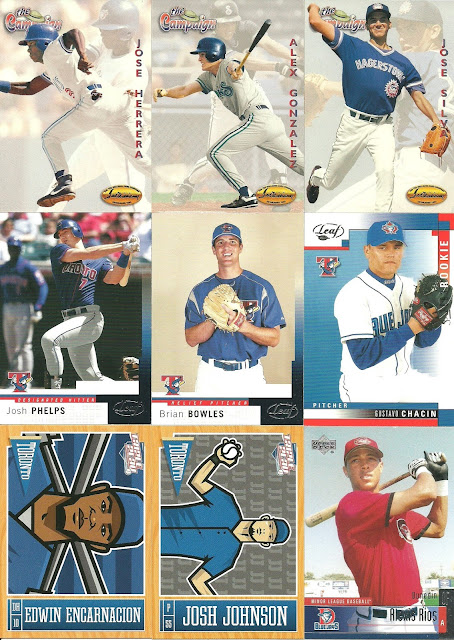 More 2000s goodness to go along with the much maligned Triple Play 2013 cards.
I have to say I like the Hagerstown Suns uniforms with the Jays lettering in the Silva card. 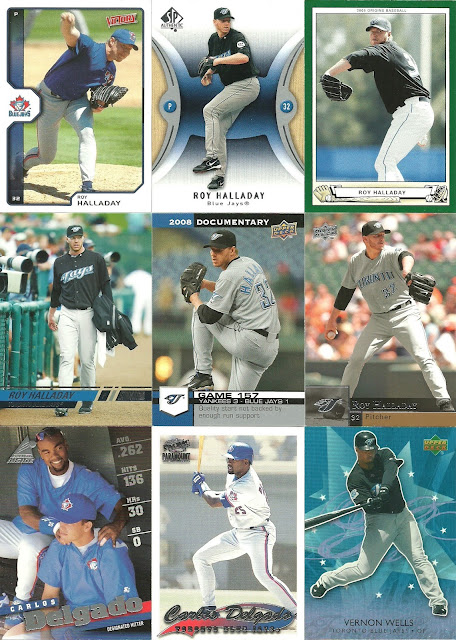 Most of a page of Doc.. Most of the cards are Upper Deck, though there is a Stadium Club card in there as well.
Carlos Delgado makes a couple appearances here 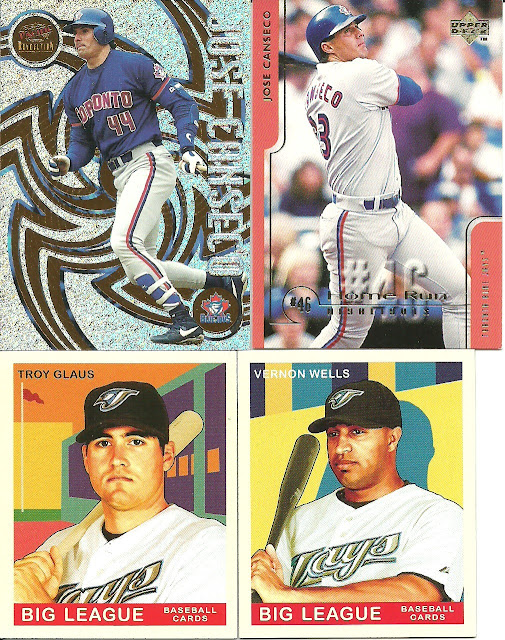 Finally, Jose Canseco. The Pacific card is shiny.. Very shiny.. It's almost better in scan because it cuts down on the shiny.
I like the Glaus and Wells cards there as well.

Thank you Richard for the cards!