I recently made a trade with SaveDaKid on the Trading Card Database..

Just for the sheer number of cards, I think I may break it into two posts.. 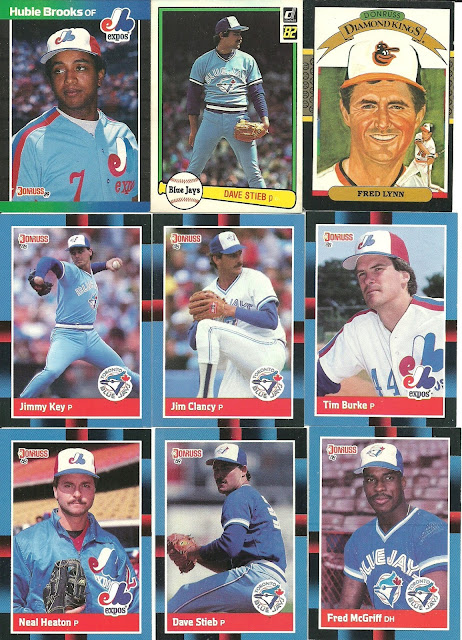 The first batch will be Donruss.
We have some 1988 Jays and Expos here to go along with a 1982 Dave Stieb, a 1989 Hubie Brooks and a Fred Lynn Diamond Kings card.

I have to say I've always loved the Diamond Kings cards. 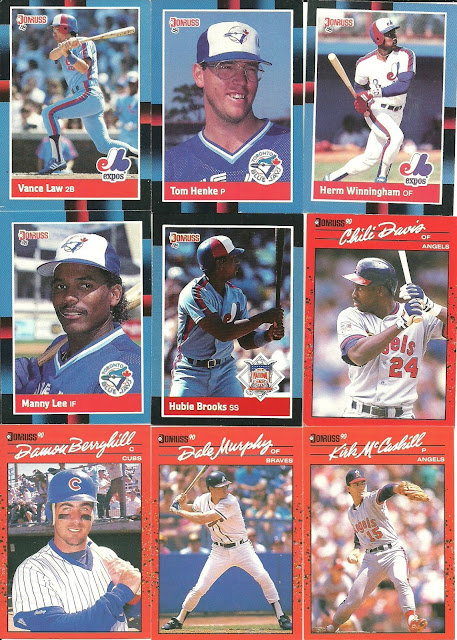 More 1988 Donruss including one of the "All Stars" set. The back of that Brooks card is interesting.. 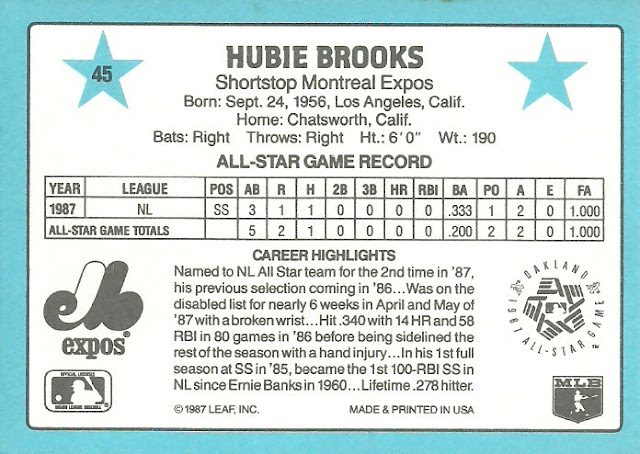 It has the team logo and the All Star game logo from 1987 in Oakland. As usual for Donruss, a little blurb on the player. Thankfully it doesn't simply repeat what's on his base card. This actually goes into more depth. 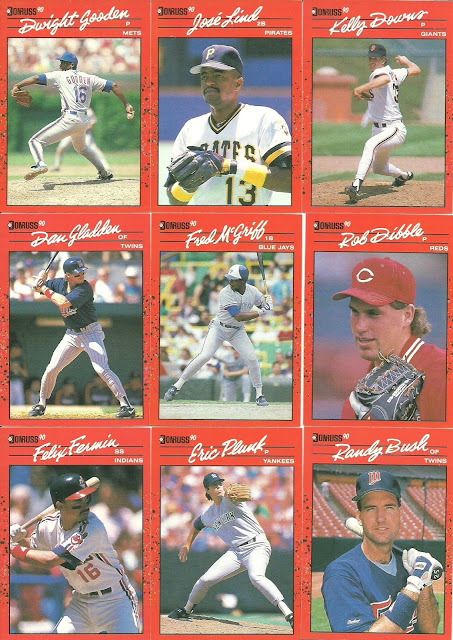 More 1990 Donruss here, including a McGriff in the middle.

In a way, I find it fitting that a pitcher has the last name Plunk.. Almost how you don't want a pitcher with the last name Walker to live up to the name, you hope he doesn't plunk too many people.. 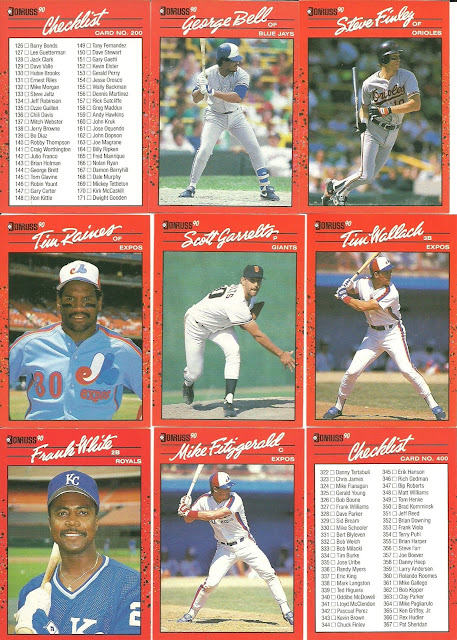 Checklists! I remember when I first started collecting I hated getting these things.. I don't think I was alone in that, though there were many who ended up using their checklists.

We have some Expos and Jays show up here as well, though I'm not sure if they're going in the set or the binders. 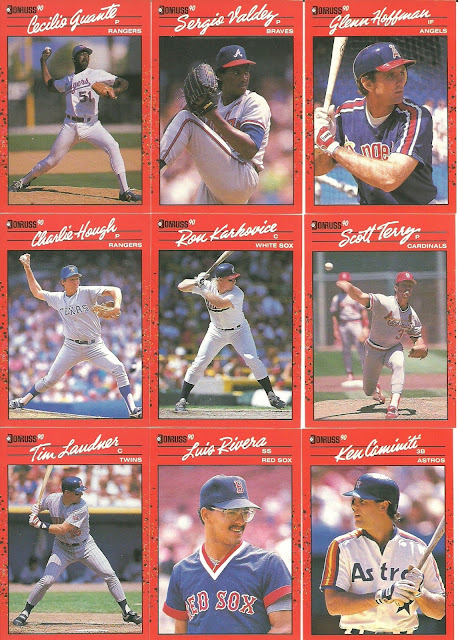 Some more 1990s.. I miss those Astros uniforms, though not as much as the ones from the early 80s. 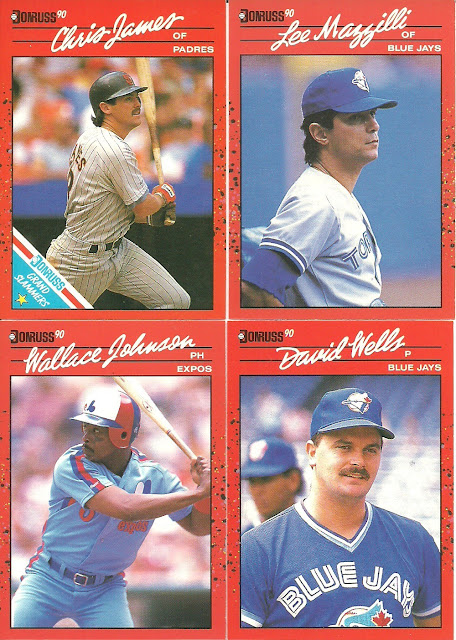 Jays, Expos, and a Grand Slammer. I also got some 1988 Topps for the set, though I think some of the Jays and Expos will be finding the binders..
An appearance by Rick Leach and 1985 here as well. I think the 1985 design is underrated. 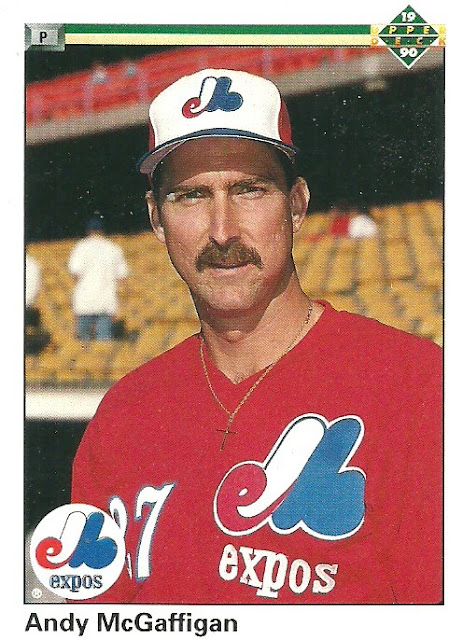 The final card today is an annoyed looking Andy McGaffigan. Looking at this card he really looks like Jake Roberts without the long hair.

I have to say though, I'm not really a fan of the red Expos uniforms.

Well, that was that. Tomorrow will have the rest of this trade.