Ahh 1990 O Pee Chee. So much like Topps that the only real difference is the O Pee Chee copyright line on the back..

In the box I found some First Round Pick cards. As before, I want to go through them and see who made it.. 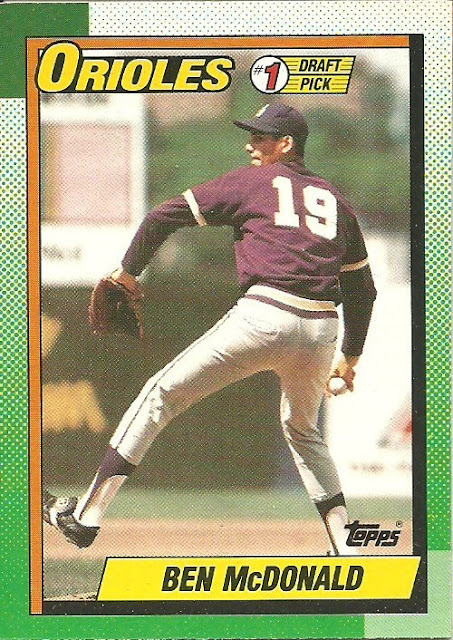 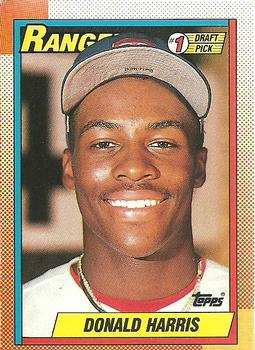 Donald Harris was picked 5th overall in the 1989 draft by the Rangers.
He ended up playing in 82 games with the Rangers from 1991-1993.
He played in the Rangers organization until 1995 before going to Mexico and the Independents. 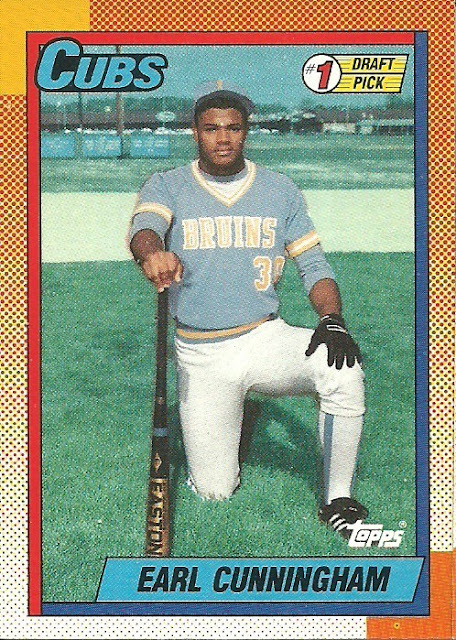 Earl Cunningham was picked 8th overall by the Cubs in the 1989 draft.
He never made it above Advanced-A in his career, playing from 1989-1998 for the Cubs, Angels, and Rockies. 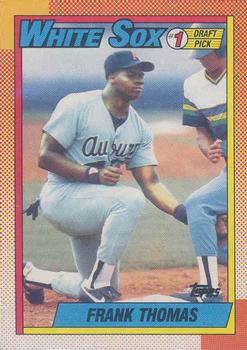 Frank Thomas was the 7th pick by the White Sox in 1989.
He played from 1990-2008 for the White Sox, Athletics, and Blue Jays. He was voted into the Hall of Fame in 2014.
Since retirement, he has done studio work for the White Sox and has gone into some business ventures.

Of course, the big thing that draws my eye on this card is the Charleston Charlies style uniform the baserunner is wearing. 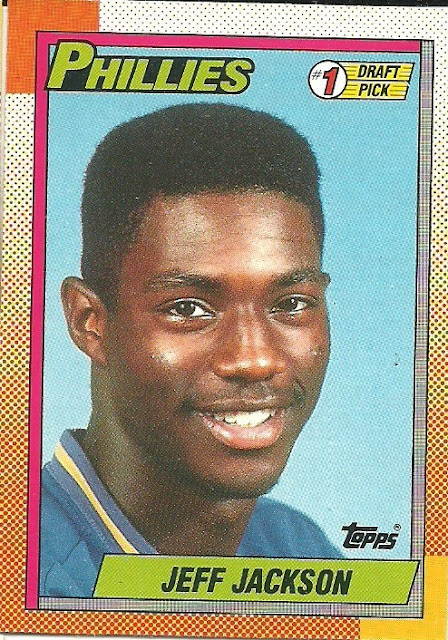 Jeff Jackson was picked 4th overall by the Phillies in 1989.
He never made it above AA while playing for the Phillies, Cubs, and Pirates.
He also spent time in the Independent leagues 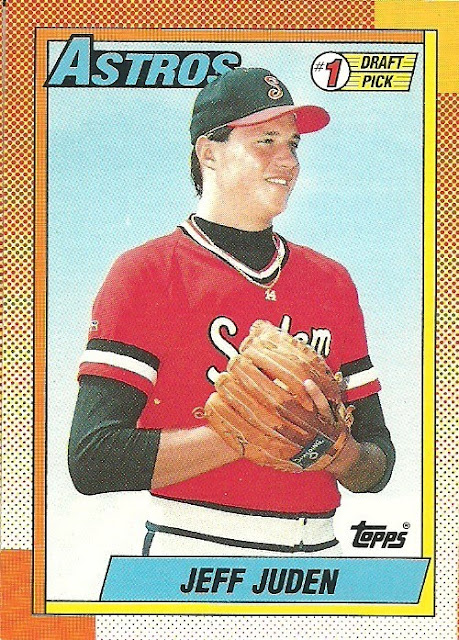 Jeff Juden was picked 12th by the Astros in the 1989 Draft.
He played from 1991-1999 in the majors for Houston, Philadelphia, Montreal, San Francisco, Cleveland, Milwaukee, Anaheim, and the Yankees.
According to Wikipedia, Juden does a lot of work for the Make a Wish Foundation. 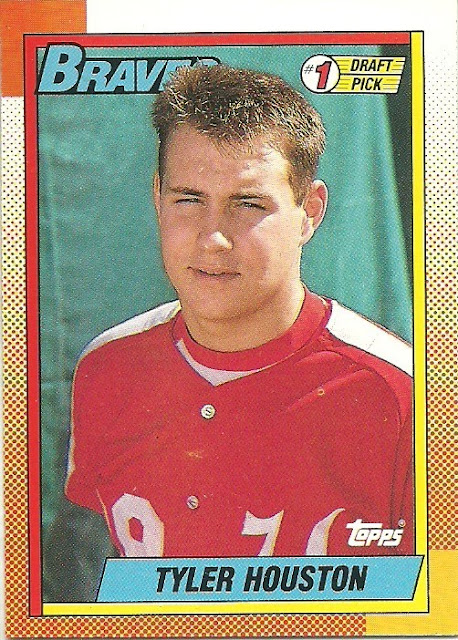 Finally, Tyler Houston was selected 2nd overall by the Braves in 1989.
He played in the Majors from 1996-2003 for Atlanta, Chicago Cubs, Cleveland, Milwaukee, Los Angeles, and Philadelphia.

It seems he's doing coaching work for a high school.

I hope you enjoyed the look back as much as I did.