I bought another one of those repacks with an autograph and relic card in them. It also had three packs, including a "fat pack" 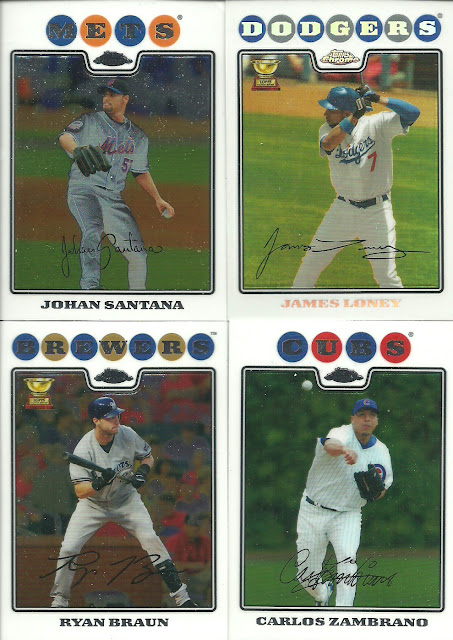 2008 Topps Chrome. There are four cards in the pack. These are the four I got. 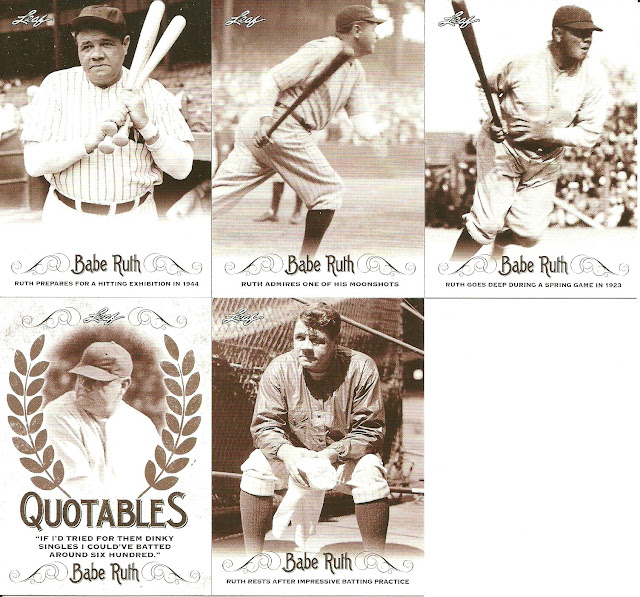 More of the Leaf Babe Ruth set. These are interesting, but really something I don't think I'd collect. 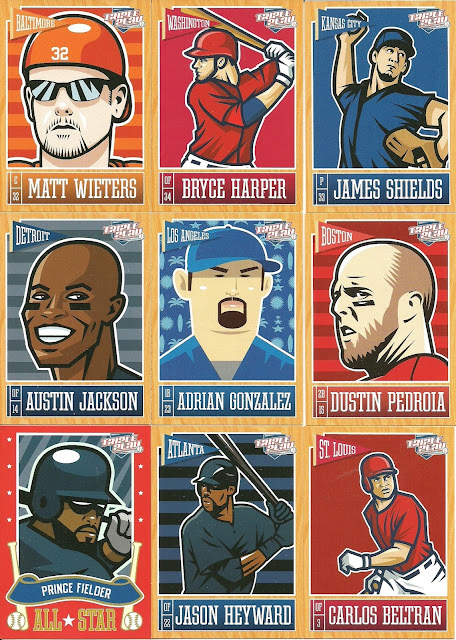 These have been covered quite a bit elsewhere so I won't say much about the style of the card or the fact that some of these guys really don't come close to representing the player depicted.

The Adrian Gonzalez looks odd to me.. Almost Sumo-Wrestler like.. 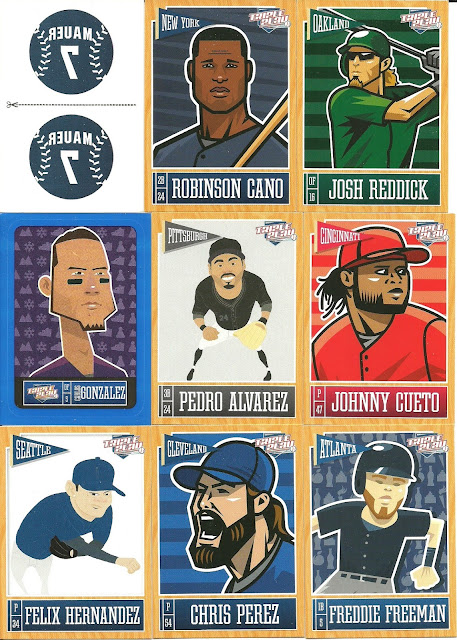 Here we have some disembodied torsos to go along with glamour photos and some baseball poses.

In a way, some of these look like they would be at home in some of the cartoons on the Cartoon Network. 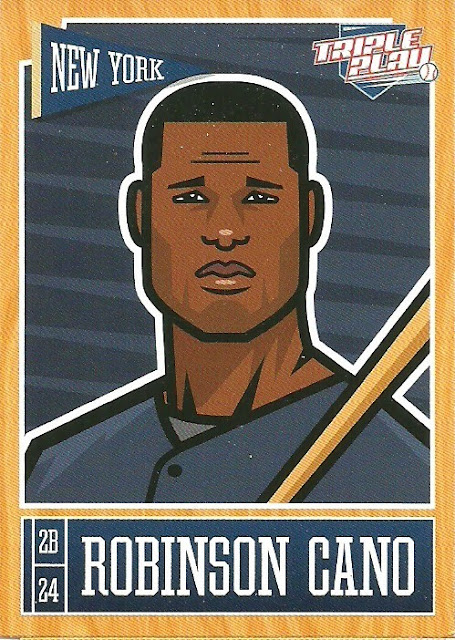 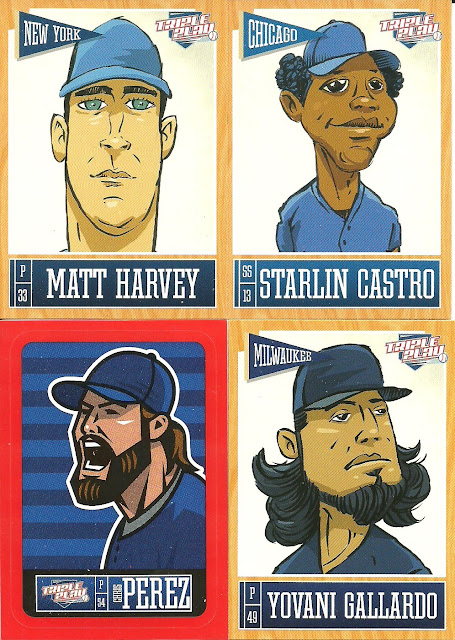 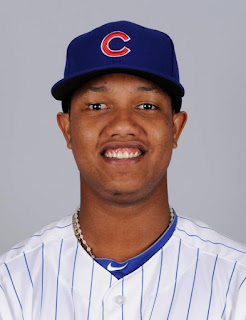 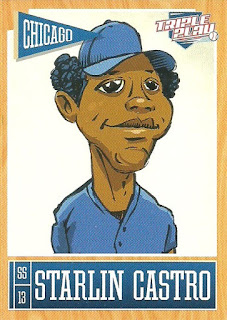 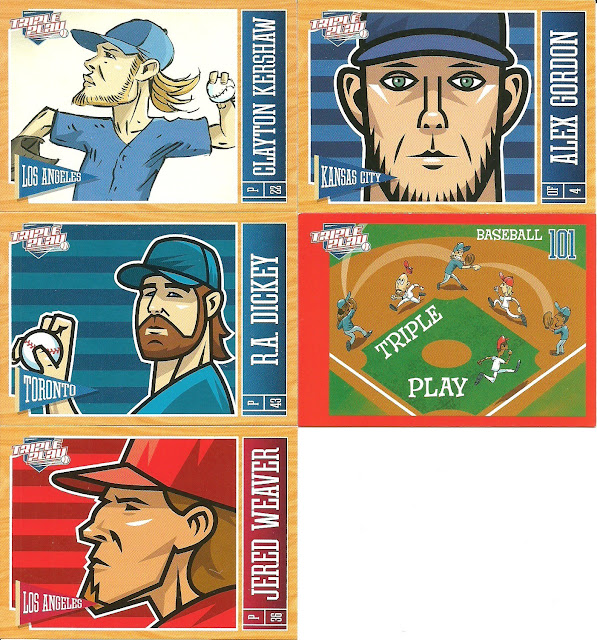 Finally, we reach the end of the Triple Play cards.. Including... A Triple Play Card..
We also have RA Dickey and an Alex Gordon that's possibly trying to steal my soul.. 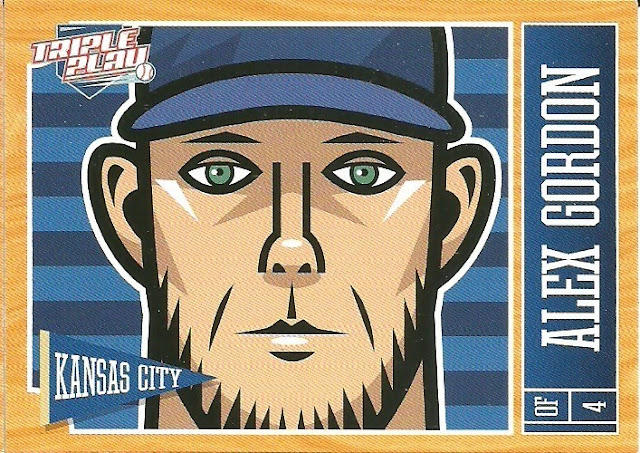 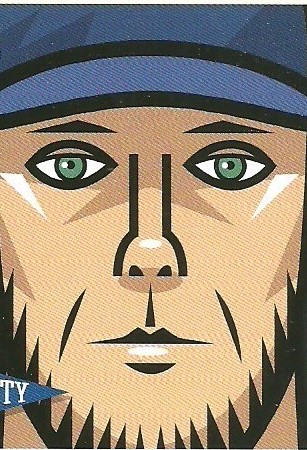 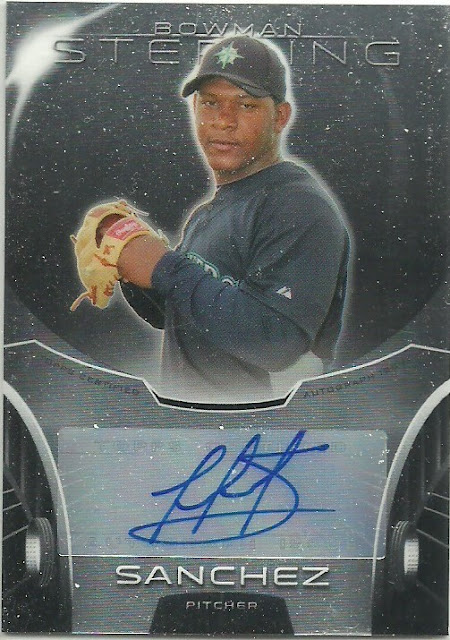 Ok... Now we're past the Alex Gordon card... This was the autograph I received..
Since Bowman doesn't seem to like first names, I had to look at the back to find out Sanchez's name is Victor. 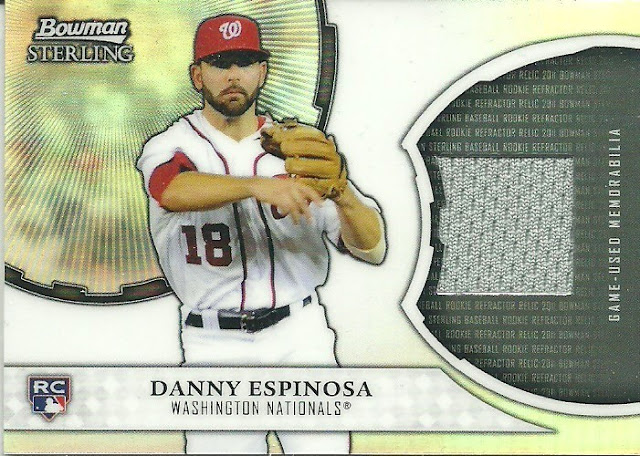 And apparently this Danny Espinosa relic is also a Rookie Card..

In general, not the best of packs. But at the same time, I enjoyed opening different product I don't normally get a chance to open..

If anyone sees anything they want/need, let me know.. We can work something out.. 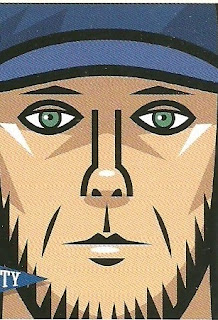