I've written about the existence of these in the pile of stuff I bought a couple months ago but until now have been more interested in trying to figure out just what I have.. 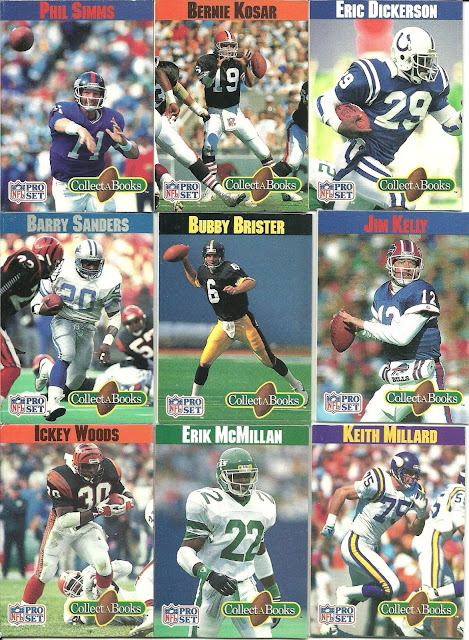 The first three of the next photo were included in Series 1. Series 1 I have two copies of each except the Bernie Kosar. 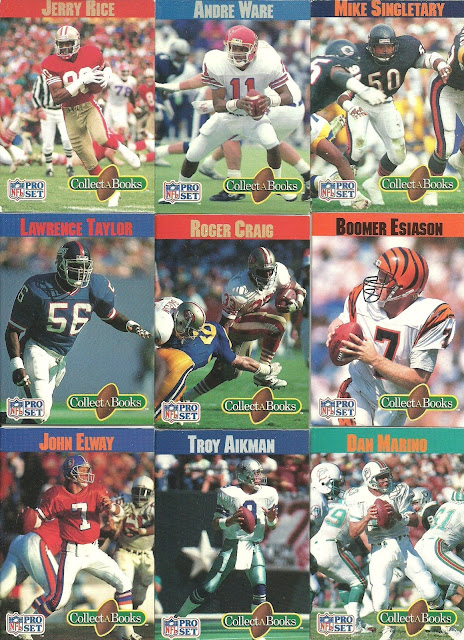 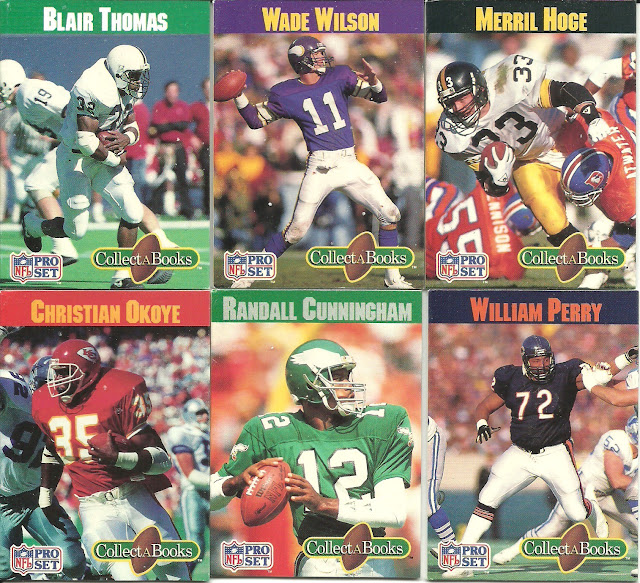 The last 6 of the second photo and the third photo I have one copy of, and were from Series 2.

As a person who really wasn't into football and really only semi-started watching this year I have to say there are quite a few names I recognize here: William Perry, John Elway, Troy Aikman, Dan Marino, Lawrence Taylor, Barry Sanders and Jerry Rice.