After the snow day Monday, I was back to work Tuesday. As part of my work yesterday, I had to bring a group from my school in Douro to the Hutchison House Museum here in town.

Part of being in an area like Peterborough is the number of options for edutainment. There's the Museum and Archives, Hutchison House, Canadian Canoe Museum, and outside of town, Lang Pioneer Village. (I know it's only four listed, but those were the ones I've brought groups to so..) 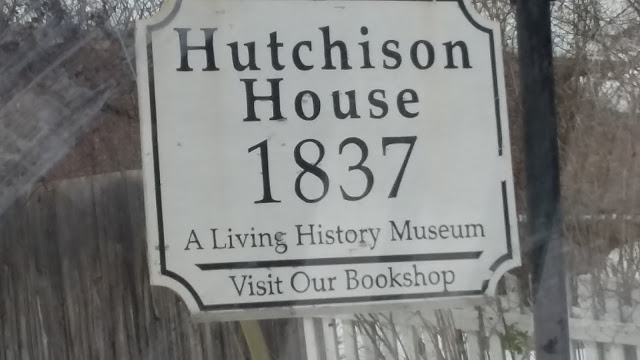 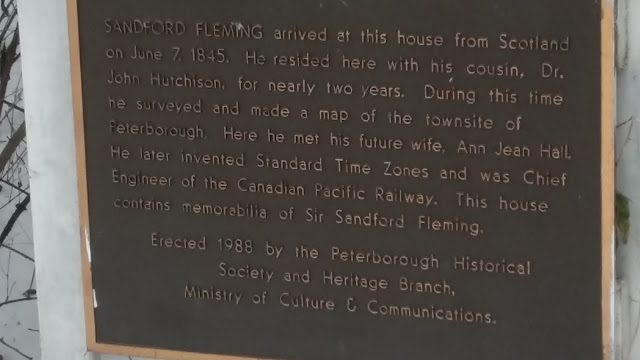 The plaque on the fence explaining the significance of the house. Also, Fleming is kind of a big deal in Peterborough, with a roadway and a College named after him as well. 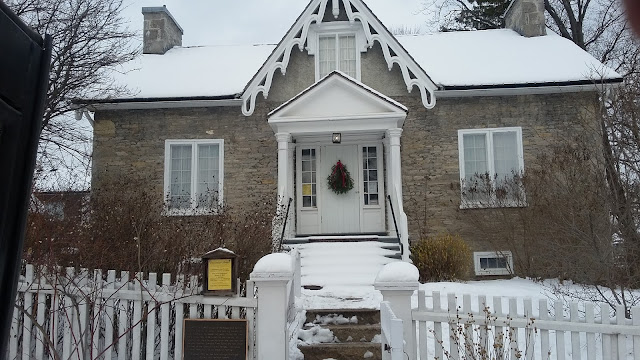 The side of the house I was facing. There is a side entrance that the kids used. This is the front that is not used during the winter months.

If you made it this far, I also wanted to show a couple cards I got in the mail yesterday. Not long ago, fellow Blogger and Canadian CrazieJoe  sent me a message stating he picked up a couple Vladimir Guerrero cards on Listia and was getting them sent directly to me. He asked me to let him know when I got them so he could leave feedback for the seller. 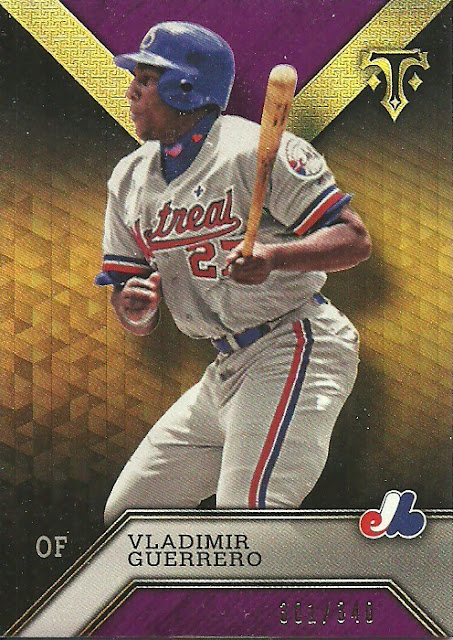 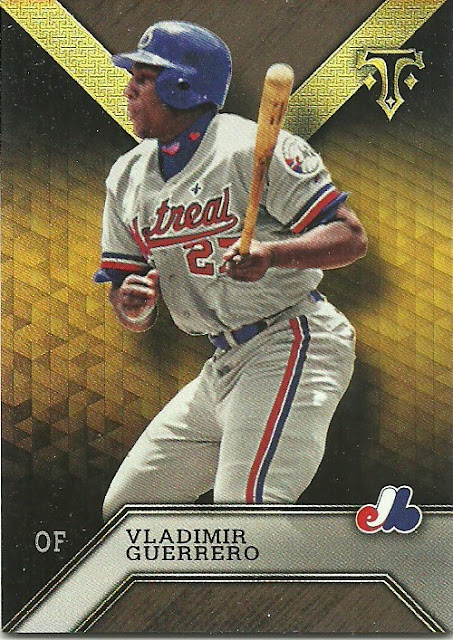 Here they are in all their glory. The first one listed is a parallel 301/340 while the second one is the base card.

At first I was looking to see what difference I could find on these other than the serial. It wasn't until scanning that I noticed the different colour in the upper and lower cut out portions.
The back, however, gives no distinguishing mark..

They have been added to the collection! Thanks Joe!