Well, last entry was on the Nintendo Power Club cards I found.. Here's another thing I found.. 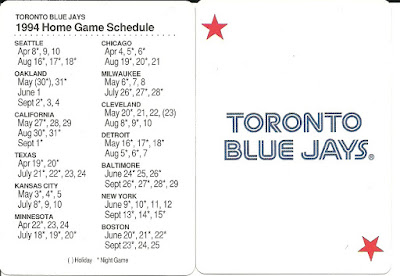 So this is the back of the card.. Fairly standard.. Love that logo though!
On one of the extra cards you have the 1994 Home Schedule, the Toronto Blue Jays Wordmark logo, and the American League Logo.

Now the players represented. There are a few that are on one card. Most have two. Superstars have three.

I will show the Superstars first

Joe Carter. This should be of little surprise, considering the impact he had on the franchise.

John Olerud. Ok, so maybe I wouldn't use the word Superstar for Olerud.. But you can't argue with the career year he had in 1993.

Pat Hentgen. 1993 was his first full year in the league. This turned into more of a foreshadow than anything. He DID win 19 games in 1993 though.

Paul Molitor. While it is true he became a Superstar in Milwaukee, he came to Toronto to get his ring.

Roberto Alomar. The only Blue Jay in the Hall of Fame. Need I say more? 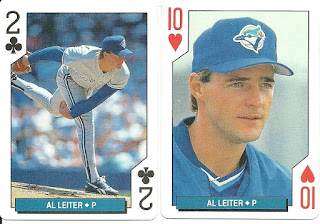 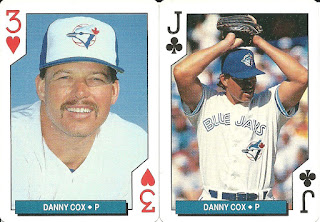 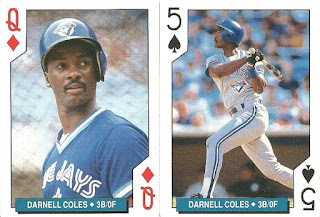 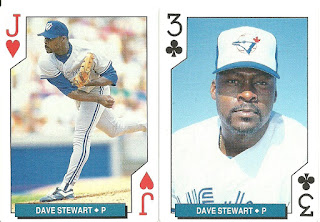 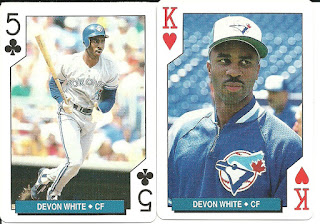 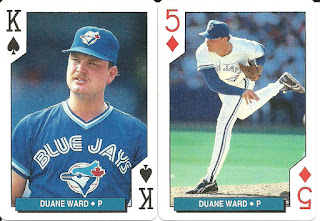 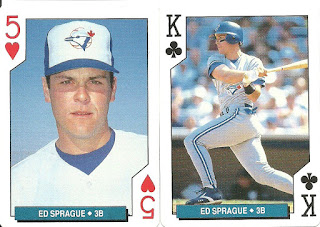 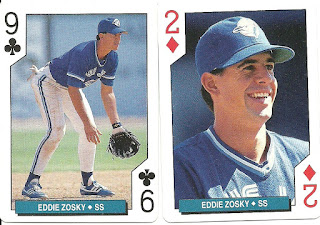 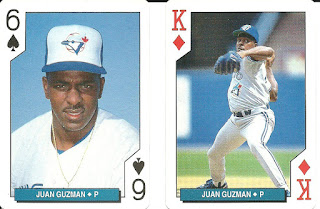 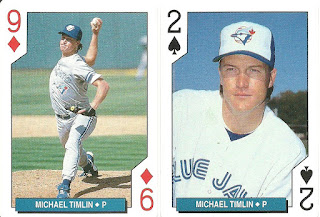 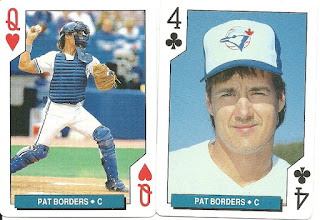 Pat Borders, 1992 World Series MVP. Fun fact: Borders was the last catcher to win the MVP in the World Series until Salvador Perez won in 2015. 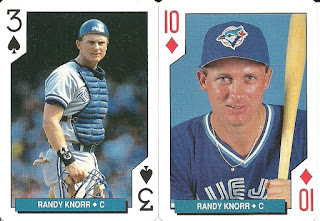 Randy Knorr. I remember going to Minnesota with my dad to watch a series between the Twins and the Jays. At the time the Twins had Chuck Knoblauch.
Randy Knorr comes up and the PA announcer pronounces Knorr's name the same as the Food company. Afterward, he pronounced it the way it was supposed to be. 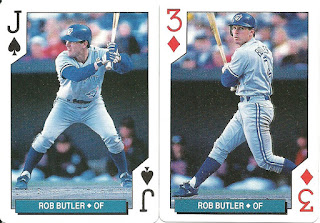 Rob Butler is the Canadian content on the team. 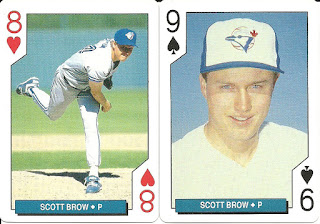 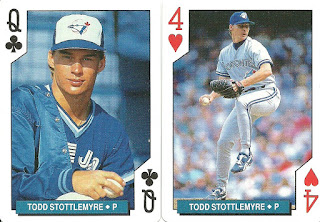 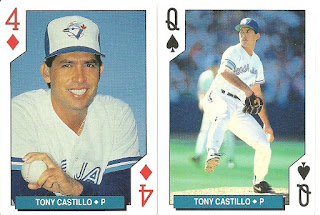 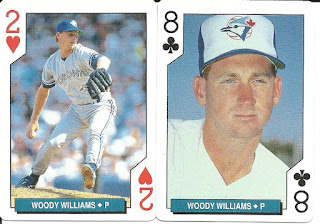 The final ones shown are the players shown on a single card. 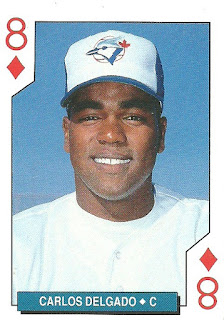 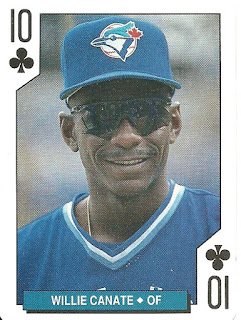 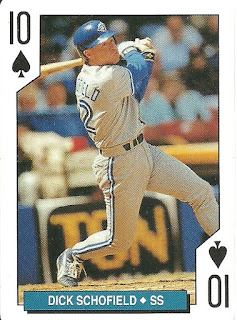 Carlos Delgado and Dick Schofield had decent careers, either before or after this set was made. Willie Canate, however, did not.


I thought it'd be different to showcase something like this today. Hope you enjoyed!