Shawn Green, Carlos Delgado and Kelvim Escobar. The Green shows the old OPC trick of stating a trade. I find the Escobar hard to read. 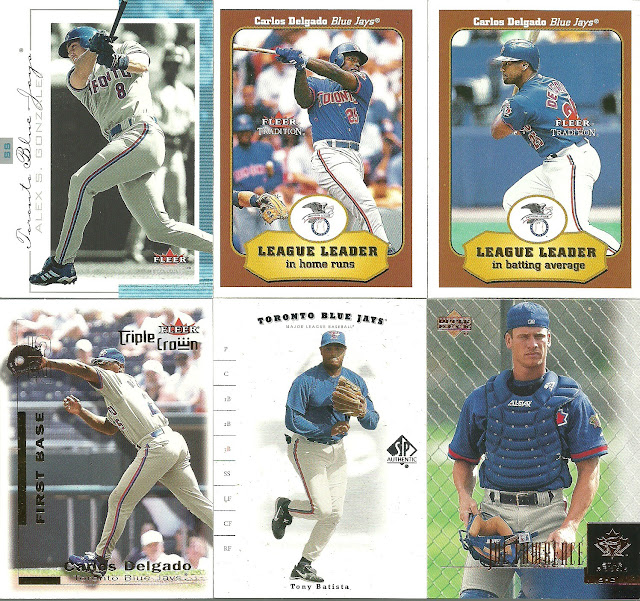 Two League Leaders cards from a very intrusive Fleer Tradition set.
I like that Gonzalez card.
Joe Lawrence, not to be confused with the actor of the same name, played 55 games for the Jays in 2002. That ended up being his Major League career.
The Batista is interesting as well.

I don't remember the Jays wearing the uniform shown on Delgado here. I think it was a Negro League appreciation thing..

The team Heroes set was an interesting concept. I have some of the 2004 set.

They had a variation of the Bazooka Joe card made for each team.
Gabe Gross bounced around. Toronto, Milwaukee, Tampa and Oakland 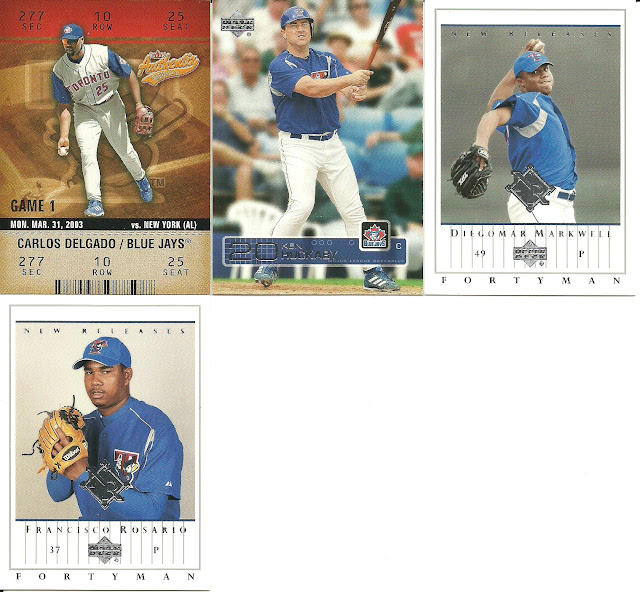 A couple of the Upper Deck 40-Man set.
Diegomar Markwell had played for the Jays in the minors before going back and playing in the Dutch Leagues
Francisco Rosario played two years in the Majors before going to the Dominican Leagues

The Inscribed set is a nice looking one. Until I got these cards, I never knew it existed,
I also didn't know about the Authentix, though I don't think I missed much there.

I love these cards. I don't know why. I guess they just look nice to me. Here, we have Wells, Delgado and Roy Halladay. 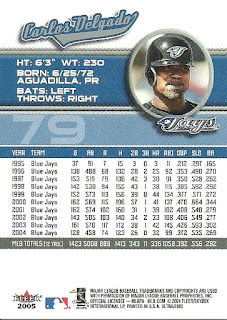 Now a break to play Find the Number! It looks better in the scan. 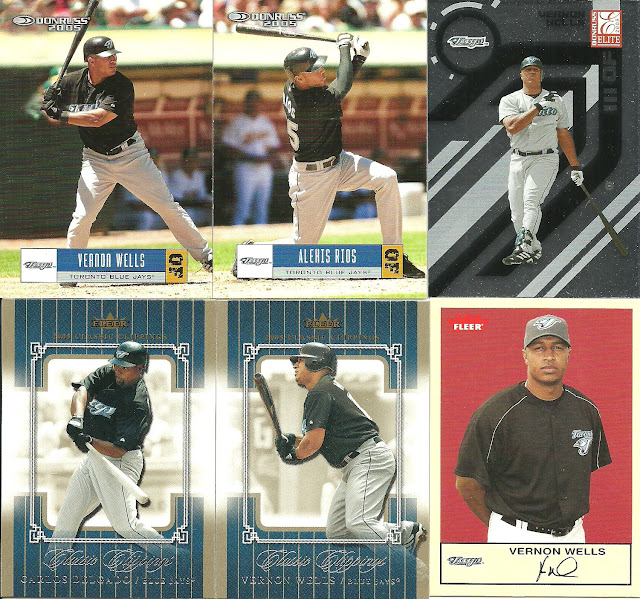 Not really much to say about these cards. Not really a fan of the Heritage or Faux Vintage sets,.

So two AJ Burnett cards and a Trystan Magnuson.
Magnuson ended up playing 9 games in the Majors for Oakland. He last played in 2013. 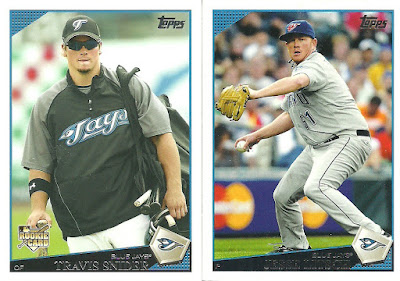 2009 Topps. I never saw these cards before. Here we have Travis Snider and Jesse Litsch. 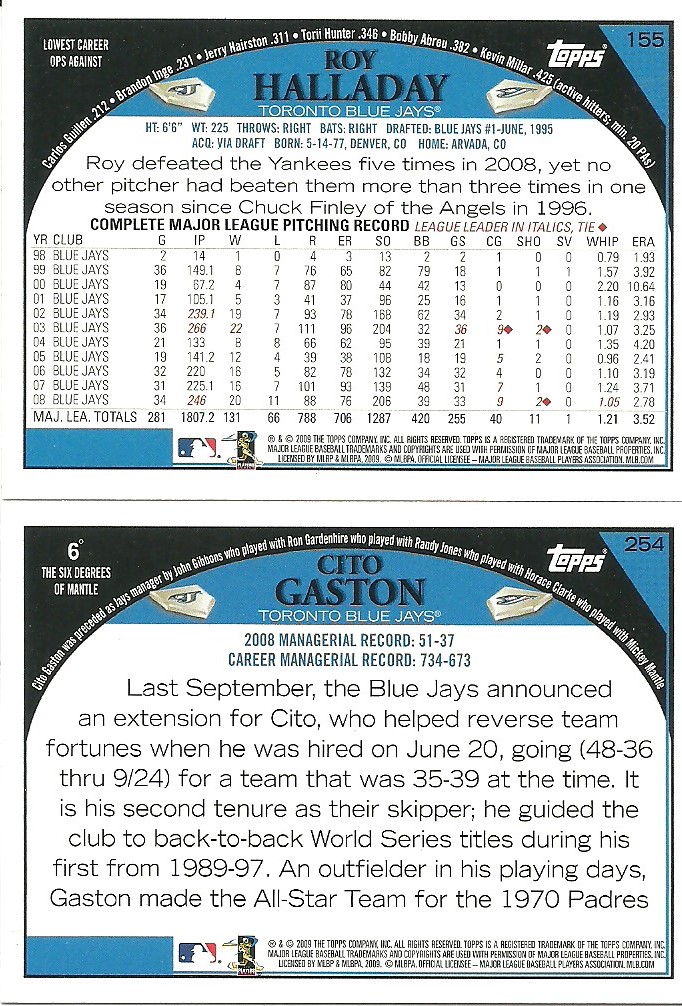 Here are the backs of the 09s.. In hand, the card numbers are hard to read. Also, an interesting 6 degrees involving Cito Gaston and Mickey Mantle. 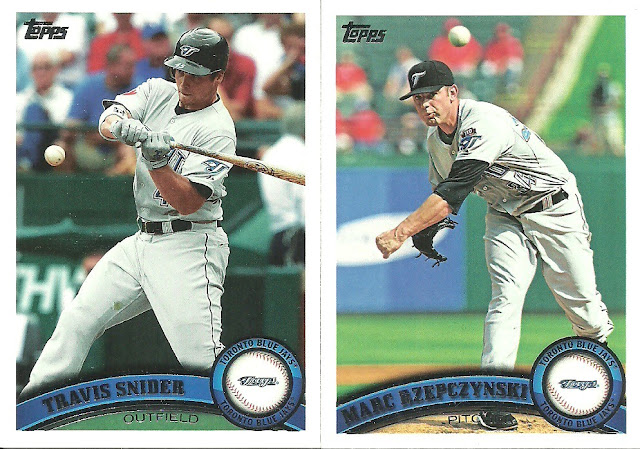 Another Snider and Scrabble..
Marc Rzepczynski got the nickname Scrabble while a Jay. 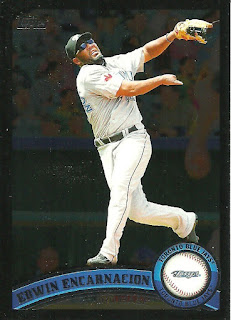 Here's Edwin Encarnacion throwing to first or doing the Muppet dance or something.

You be the Judge