Canadians in the Majors: Bill Atkinson

Part of the reason I set out on this journey was to feature Canadian born players. I've tackled a few so far, with Kevin Reimer, Kirk McCaskill, Dave McKay, and Terry Puhl being previous subjects.

Being a baseball card blog, I prefer to show cards I own, meaning that for now, a couple players I really want to showcase are pushed to the side.

All that said, I have a new one to feature today. His name is Bill Atkinson. He from the same town as Hall of Fame pitcher Ferguson Jenkins, in Chatham, Ontario. 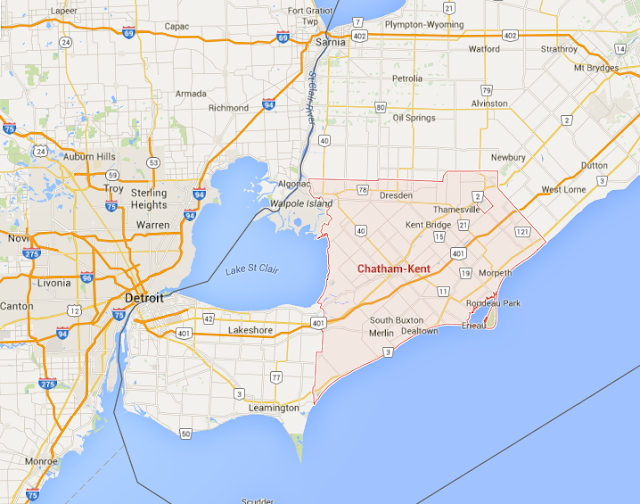 Here's a map (thank you Google Maps!!) showing where Chatham is according to Detroit. 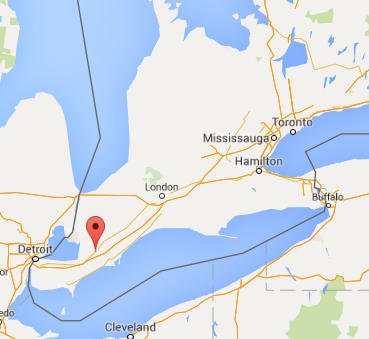 And Chatham compared to Toronto.

The funny thing is, according to Canada's Baseball Legends by Jim Shearon, Atkinson and Jenkins lived on the same street, and would talk whenever the latter would come home in the offseason.

Atkinson signed a contract with the Montreal Expos in October 1971. He was discovered when he and a group of friends went to Windsor, Ontario for a tryout camp the Expos were hosting. He did well enough to be asked to attend a prospect camp in Montreal in September.

From 1972-1976, he played in Jamestown of the New York-Penn League, West Palm Beach of the Florida State League, Quebec of the Eastern League, Memphis of the International League, and Denver of the American Association before making his major league debut.

In 1980 he was purchased by the Chicago White Sox, playing for their American Association Iowa team. 1981 was spent in Edmonton. 1982 in Glens Falls as a player-coach. 1983 in Appleton as a player-coach as well. and Denver.

By the end of 1983, he was faced with the choice of becoming a coach or going home. He chose to go home to spend time with his family. He works with minor baseball in the Chatham area still and is a member of the Chatham Sports Hall of Fame. 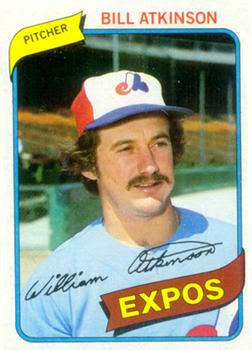 Here is the one card I have of the gentleman. 1980 Topps. His O Pee Chee card has him listed as a member of the White Sox already.