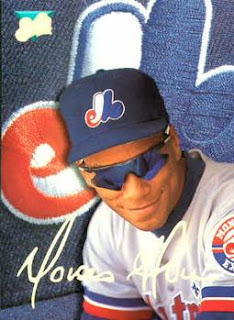 First is Moises Alou. The photo looks like he was sitting on the bench in the dugout and a large Expos hat logo is photoshopped behind him.

This is generally how they all look. They have a couple different backgrounds for each team. Usually the Hat logo, the Uniform, or the team logo 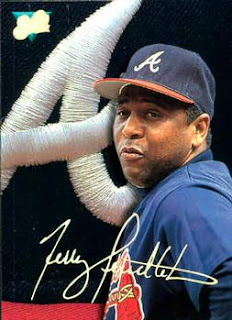 Next is Terry Pendleton looking like he's about to start into an Evil Laugh.

In a way, I almost expected the next frame to be him bringing his pinky finger to his mouth and asking for "One Million Dollars" Maybe this was mid contract negotiations?? 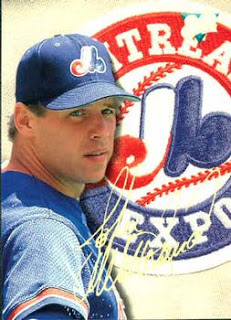 Now we have John Wetteland. Here we have one of the logo backgrounds.

Wetteland was one of the better closers in Expos history, until he moved on as most of the players did in the 90s. 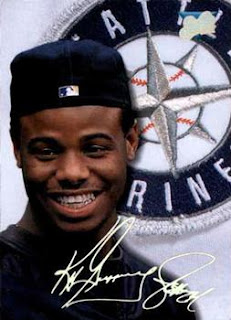 Griffey, a newly minted Hall Of Fame member, shown as a Mariner and smiling as usual. 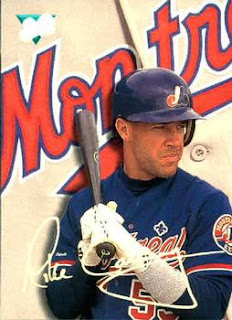 Next is Mike Lansing. Now, Lansing as a player was nothing really special, but he does have a stadium named after him in Wyoming. 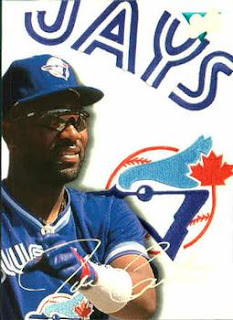 I can't have a post without some sort of Blue Jays connection, can I?

We have Joe Carter in the ol' blue and white of the Jays. 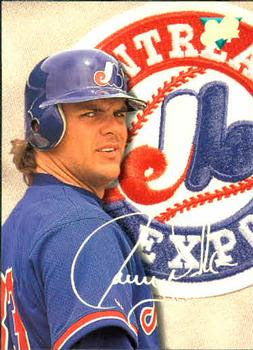 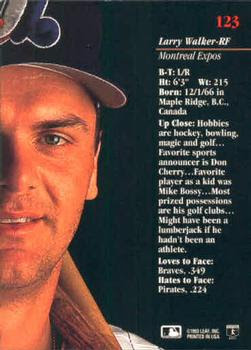 This is a Front/Back combination. In a way, Larry Walker is showing a Canadian stereotype, saying he would be a Lumberjack if he wasn't an athlete. Mind you, one of the major logging centres in Canada is British Columbia. 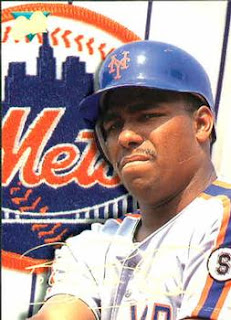 Next is Bobby Bonilla. I was just reading one of the yearly articles about deferred contracts and of course, Bonilla is the first person mentioned, as he's getting paid from the Mets for a few years still, despite not playing since 2001.

I like these Mets uniforms. Shortly after this they started adding black and soon wore more black than anything. 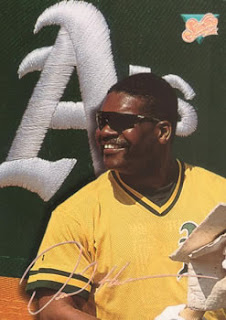 The final card front I will showcase is the recently departed Dave Henderson. Just something about the smile you get the feeling he really enjoyed his job. 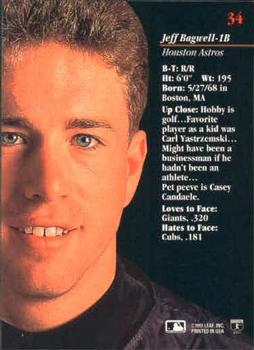 Finally, we have the back of Jeff Bagwell's card. I found it funny that each Astros infielder stated their Pet Peeve was Casey Candaele.