Ringing in the New Year

On the bright side, I received a package in the mail today filling some of the missing cards in my 1992 Donruss set. 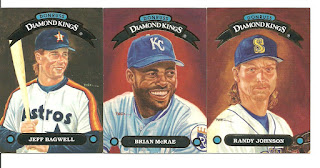 I love the Diamond Kings cards. Absolutely love them. I preferred when they were part of the base set, but this was also the first year they were designed differently than the base set.

Here I got three. Two I never had before. I'm sure I had the Bagwell at one time before I had a bunch of these cards turn into a brick.. 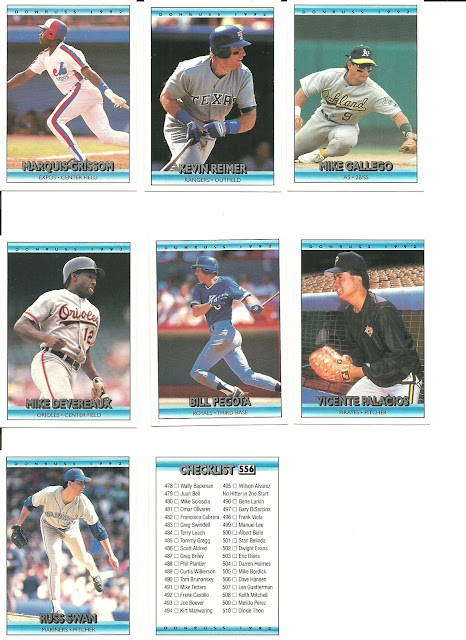 Some of the base cards I was missing. I have a love/hate relationship with checklist cards. Some of them were bland like this one. Others were nice because they had an image on them. There are a couple sets I'm a couple cards short of being complete because I got rid of the checklist cards when I was younger.

Of course, a couple cards lead me into a debate with myself. On the sets I'm collecting, do I want to get duplicates of certain cards to put into my other binders.. For example: The Grissom would go into my Expos binder if I wasn't collecting the 1992 set. The Kevin Reimer would go into my Canadian binder.

So, fellow bloggers/readers/collectors... Do you get duplicates in this situation in order to have it in the set plus in a place to show, or do you get the one and know you have it in the set? Or do you collect the set and separate the cards for binders?