There are many things that draw me to baseball. One of them is how each stadium is different.. Aside from the bases and the mound, nothing is the same from park to park. As a collector, one of my favourite things to collect are stadium cards.

Stadium cards, of course, are cards that show a stadium on them. I have a few, and honestly, haven;t been able to keep up with all of them.. One I do know I'm missing is SkyDome from the 1992 Triple Play set.. 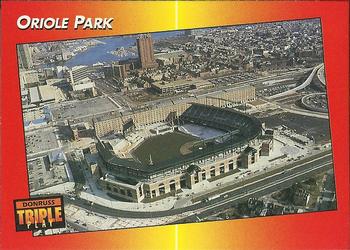 And here's the one I do have from the 1992 Triple Play set. Camden Yard. 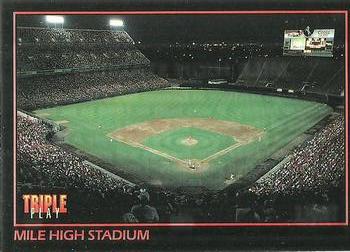 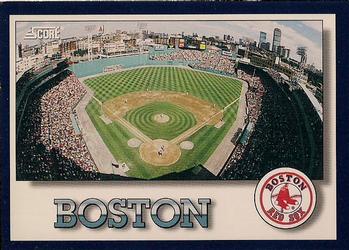 Fenway Park in 1994. These were checklists in the 1994 set. The stadiums below were from the same set. 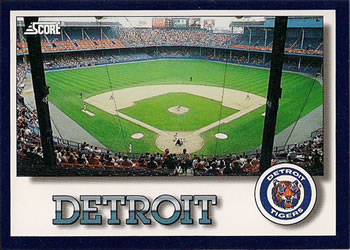 Ahh Tiger Stadium.. I would have loved to see a game in you.. If I had a time machine, I would go to each naming of the stadium to see the layout and the progression to the place pictured above. 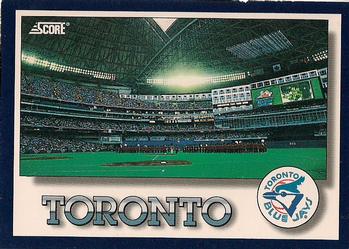 I remember when SkyDome was state of the art. Within 10 years of opening, people were already saying how outdated the place was. Upgrades to the stadium by Rogers have made it a nicer place, but the exterior is still large and grey. Attempts are also being made at engineering grass that will grow and stay viable inside the dome. 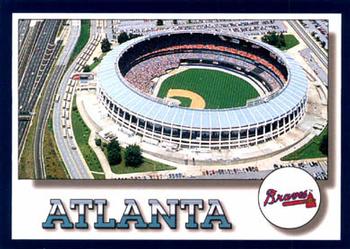 One of the cookie cutters, Fulton County Stadium was the only one of the group that always had natural grass. It was turned into a parking lot for a future parking lot when the Braves move from Turner Field to their newest stadium in Cobb County. And Wrigley Field.. What can be said about this that hasn't been said before?? This, along with Tiger and Fenway, are places that look like they could be from 1945, 1975, or 1994 and still look good. Fun fact, Wrigley Field was originally known as Weeghman Field and was built for the Federal League Chicago Whales. 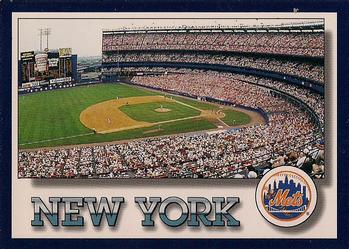 Shea Stadium. I like pictures of the place, but I hated watching games on TV from Shea. 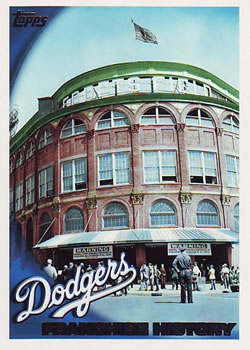 Ebbets Field. I would have loved to see a game here.

So these are the stadium cards I have. I would love to get more..
Posted by Mike Matson at 8:34 PM