A little late to the party here, but I finally decided to show the 9 that make up my current Page of Awesomeness.

Now none of them are particularly valuable or really special in any way other than personal preference, but that's what makes this fun right? Of course, the original challenge by Junior Junkie. 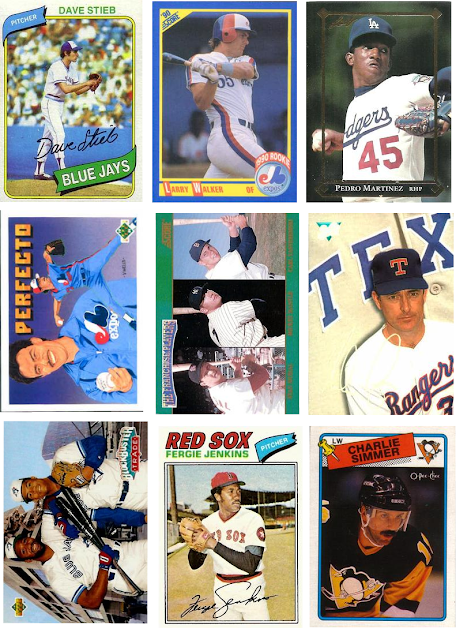 So here's my page. Now to go into the why for each.. 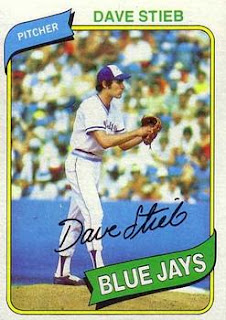 1980 Topps Dave Stieb.
Stieb's rookie card. Admittedly, when I started following baseball he was on the downside due to injury but he did carve a pretty decent career. Plus, Blue Jay. 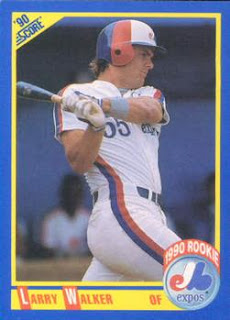 1990 Score Larry Walker.
From the looks of the picture used it was before he was assigned/given the more familiar 33. 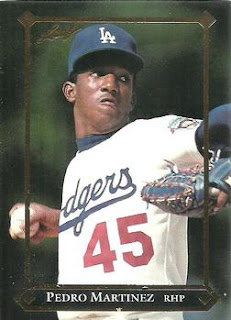 1992 Leaf Gold Rookie Pedro Martinez.
While he is more famous as a member of the Red Sox or the Mets, he did start out as a Dodger. He went to the Expos and carved his path to greatness. 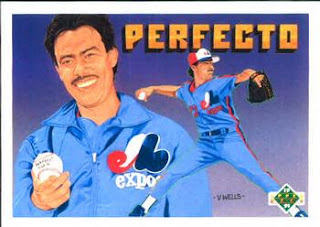 1991 Upper Deck Final Edition Dennis Martinez.
One of the cards celebrating Dennis Martinez' perfect game against the Dodgers in the same series Mark Gardner threw a 9 inning no hitter. The radio call was probably the best: "El Presidente! El Perfecto!" 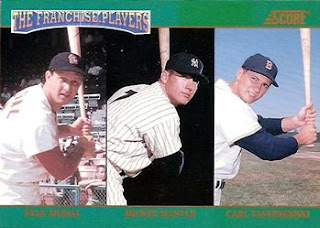 1992 Score The Franchise Players Stan Musial, Mickey Mantle, Carl Yastrzemski
One of two that don't have a Canadian connection of some sort. I just like the card. Three great players. Three legends, really. 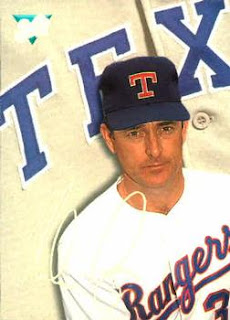 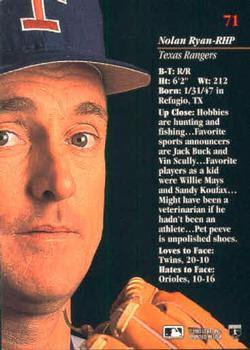 1992 Leaf Studio Nolan Ryan
Two cards of nine that have no real Canadian connection. Well, other than the fact Yaz played a few games in Toronto against the Jays and Ryan threw his 7th and final no hitter against the Jays. I always loved watching him pitch. I chose this one simply because of the biographical information on the back. 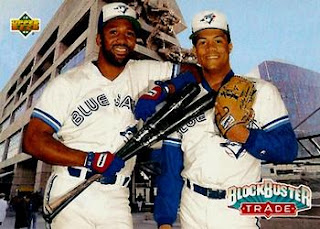 Joe Carter and Roberto Alomar. What's not to love about this card? Two main cogs in the Jays back to back championships and one future Hall of Famer. 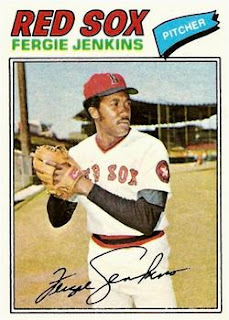 The only Canadian born Baseball Hall of Fame inductee in Cooperstown. The only one that may have overtaken this one would be the 1993 O Pee Chee Super Vet card. 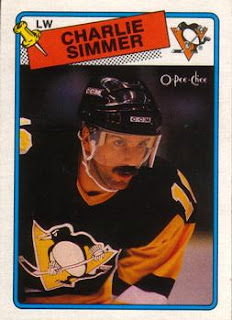 The final card is the only non-baseball to make my list. The reason is simple. Charlie Simmer and I share the same hometown of Terrace Bay, Ontario. I was classmates with his nephew.

So there you go.. My Page of Awesomeness.. I don't like the desert island idea about it, so I went with this instead.