Well, since Awesome didn't get delivered in the mail today, I'll cover what I did yesterday.
First a little backstory.
I have a little extra money between the government help and my driver retention cheque finally showing up, so I wanted to get myself a little "I've survived this hellish year this far" treat..
So I got a box of Big League, a box of 2019 Archives, and I thought a box of 1993 OPC Premier.
Well, I get an email from the place I tried getting the OPC from, Past Time Sports stating they didn't actually have the OPC Premier, that they made a mistake on the website. They did have 91 and 92 Premier though.. I didn't need either one, so I got a refund.. Then I got to thinking.. If they actually have the base year, why not get that? So I did.. 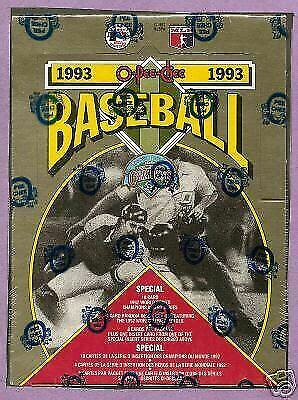 The box..
It came with 36 packs. 8 cards per pack.. Each one has a card from the 18 numbered World Series Champions set and 1 in 8 had the World Series Heroes, which was numbered to 4 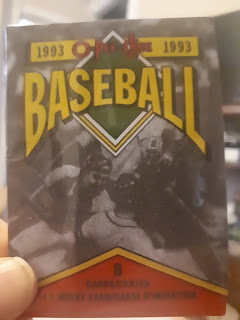 There's the packs!
Now the fun thing is on the back there were three different things. One was an offer for MLB pens. One was for a book.. 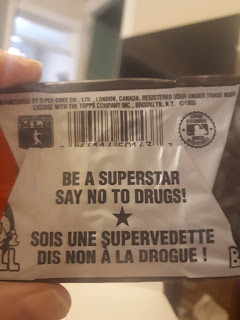 And one was the obligatory Say No To Drugs.
So let's dive in!
1993 O Pee Chee was a 396 card set produced licensed to Topps, but in a departure from previous years, did not use the Topps design. 1993 was the second last year for OPC as a card producer.
There was a 1994 set and that was the last of it until Upper Deck resurrected the brand in the 2000s.
1993 was also the last year for OPC Premier, but I digress..
So how did this one turn out? 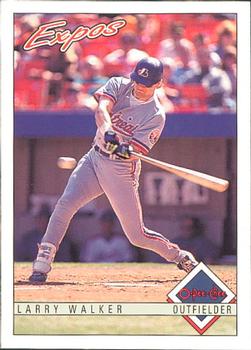 I'd say pretty well. The front had a lot of good action photography. (improved greatly over 1991 and 1992 OPC Premier) 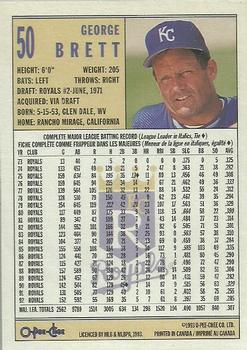 The backs were nice as well with a headshot in the corner, the normal information and the stats everyone loves. 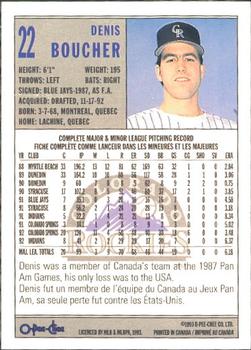 Some guys (who don't have a giant sheet of stats) get a short writeup. Obviously, in both English and French.
I honestly didn't realize Boucher pitched for the Rockies. 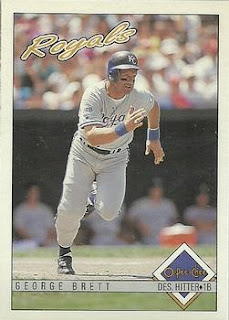 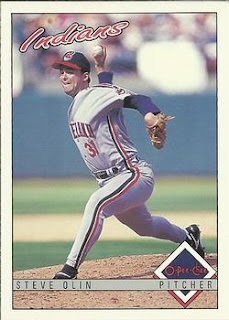 The first thought I had when I saw this card is "What could have been?" 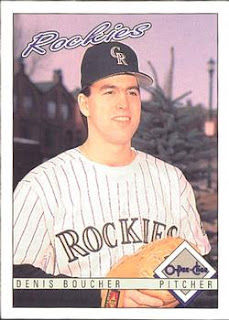 Ah here's the front of Denis' card. Some are pictured wearing the Rockies uniform. Others have the "now with" that OPC was famous for. 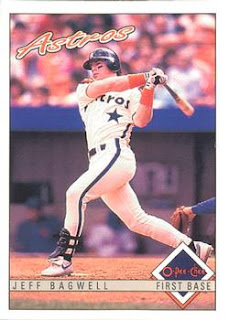 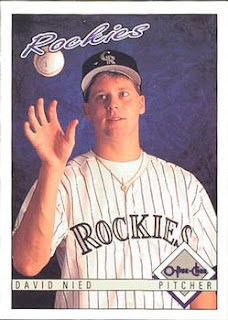 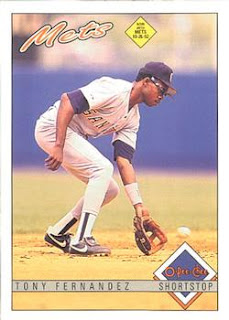 Speaking of a "Now with" we have Tony Fernandez pictured as a Padre but signed with the Mets. 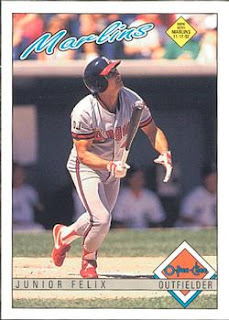 Junior Felix as an Angel but is a fish. 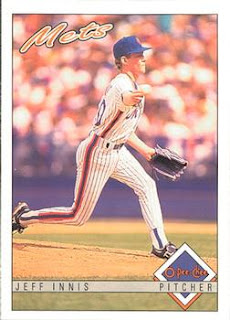 I just liked the photo.. Can you blame me? 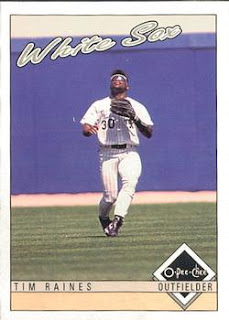 We have some Hall of Famers in here as well. Boggs, Fisk, Brett, Yount, Ryan, Walker, Raines, etc etc etc. 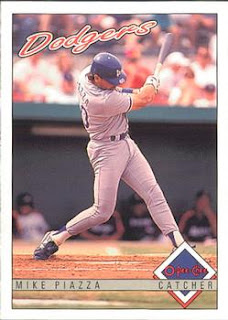 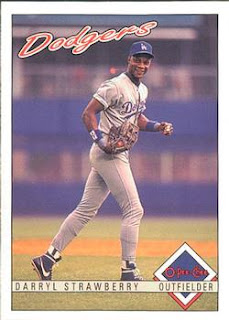 Had to show this to appeal to everyone's favourite Darryl Strawberry/John Kruk fan PK Steinberg. 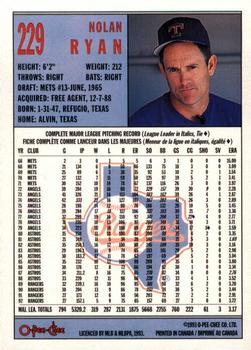 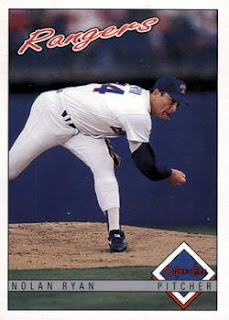 Speaking of Nolan Ryan..
I love this set.. Is it perfect? No.
In some cases the back can be hard to read for the card number.. 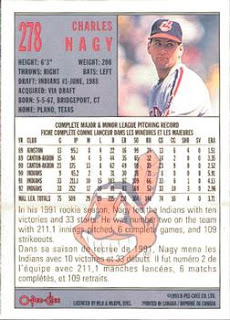 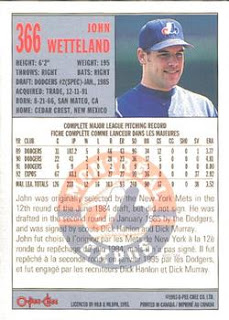 They're better in scan, but in hand it's tough to read.
There's really no issues that came up previously. The card stock is nice and it seems like something sharper than a butter knife was used to cut the cards this time around.
I bought one box and I have 63% of the set done. I definitely will be finishing it.
Posted by Mike Matson at 6:27 AM