They Played for Both II: The Pitchers

Last post  dealt with players who have played for both the Milwaukee Brewers and Toronto Blue Jays. Based on the volume of players, I had to break it into two parts. Yesterday was hitters, today are the pitchers.

So without further ado.. 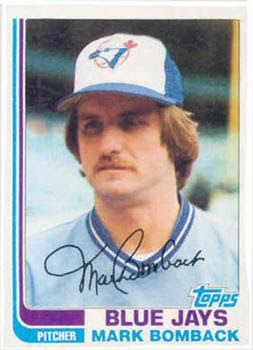 In his time with Toronto he played in 36 games, 19 starts. With Milwaukee, he pitched 2, starting 1.

He signed as a free agent with Milwaukee after being released by the Boston Red Sox. He came to the Jays as a result of a trade with the New York Mets.

Oddly enough, there's also a screenwriter named Mark Bomback. They are not the same.. 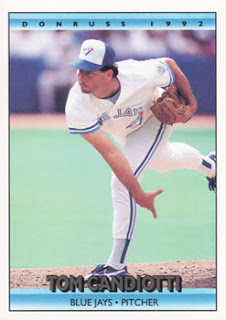 Candiotti pitched 18 games for the Brewers, 14 starts. He pitched in 19 games for Toronto, all starts.

Candiotti is a bit of an interesting tale. He started with the independent Victoria Mussels in 1979. He was sold to Kansas City but was claimed by the Brewers in the Rule 5 Draft before the 1981 season.

He was traded to Toronto in 1991 in a trade I've mentioned before.

After retirement, he went into broadcasting, helping with ESPN and working with the Arizona Diamondbacks. 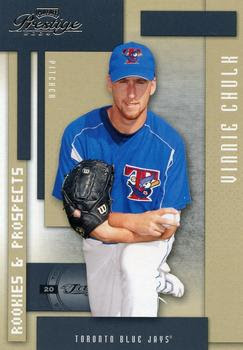 He was drafted by the Jays in 2000. He was traded to the San Francisco Giants with Shea Hillenbrand for Jeremy Accardo.

He signed as a free agent with the Brewers. He was designated for assignment on May 19, 2012. 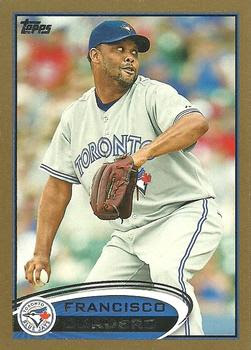 He pitched in 41 games for the Jays and 94 for the Brewers.

He came to the Brewers in a Trade with the Rangers that saw Kevin Mench and Laynce Nix go to Milwaukee for Nelson Cruz and Carlos Lee.
He signed as a Free Agent in Toronto, but was traded near the deadline. Cordero, Ben Francisco, Carlos Perez, David Rollins, and Asher Wojciechowski to Houston for David Carpenter, Brandon Lyon, and J.A. Happ. 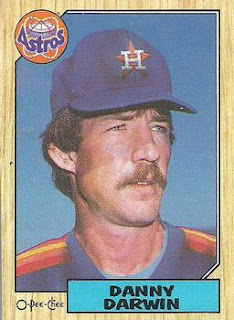 Darwin threw in 13 games for Toronto. He appeared in 66 games for Milwaukee, including 43 starts.

He signed as a free agent with the Brewers and was traded in 1986 to Houston for Don August and Mark Knudson.

He signed with the Jays as a free agent and was released by July.

Darwin leaves me with negative thoughts because I was in SkyDome for a game he pitched against the Brewers. The game was a blowout for Milwaukee, getting an early 8-0 lead. That was also the game an insulation panel fell off the facing of the upper deck, falling on some fans in the field level seats. 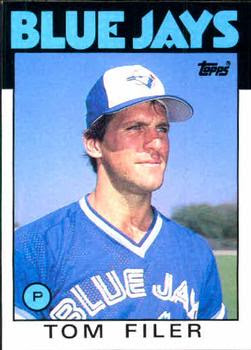 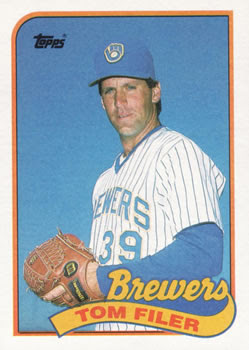 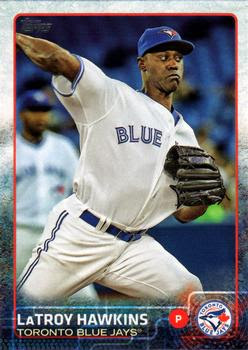 He signed as a free agent with Milwaukee. He left after the 2011 season..

He came to Toronto in the trade that brought Troy Tulowitzki over as well. The Jays gave up Jose Reyes, Miguel Castro, and two minor leaguers.

Hawkins retired after the season finished. 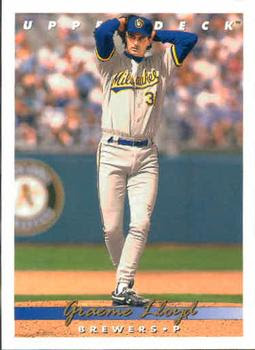 I believe I mentioned this in a previous post, but Lloyd was an amateur free agent signed by the Jays. He was taken by the Phillies in the Rule 5 draft then traded to Milwaukee for a minor leaguer. Milwaukee traded Lloyd and Pat Listach to the Yankees for Gerald Williams and Bob Wickman. Listach ended up being returned to Milwaukee and Ricky Bones went to the Yanks instead.
The Yankees traded Lloyd, Homer Bush and David Wells to Toronto for Roger Clemens in 1999. He left Toronto at the end of the season. 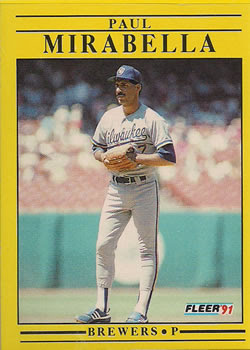 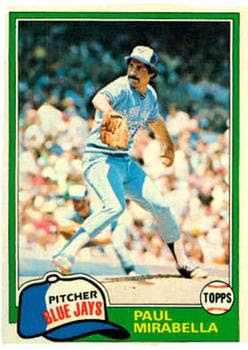 He appeared in 41 games for Toronto, 23 of them starts and 124 games for Milwaukee with 2 of them being starts.

He came to Toronto by way of trade from the Yankees. Mirabella, Chris Chambliss, and Damaso Garcia for Rick Cerone, Tom Underwood, and Ted Wilborn.
He was traded by the Jays to the Cubs for Dave Geisel.
He was a free agent signing by the Brewers. 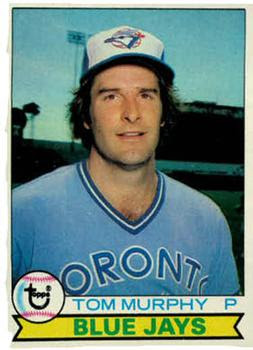 He appeared in 79 games for Toronto and 139 for Milwaukee. 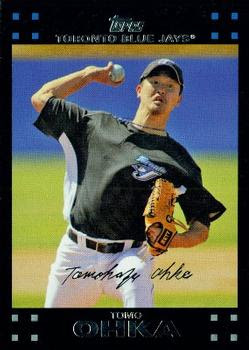 He appeared in 10 games for Toronto, and 40 for Milwaukee..

He was traded to the Brewers from the Washington Nationals for Junior Spivey. In January of 2007, he signed with Toronto as a free agent. He was released in June of 2007.
After going back to Japan for a couple years he signed another contract with the Jays in 2014 but was released before the season started. 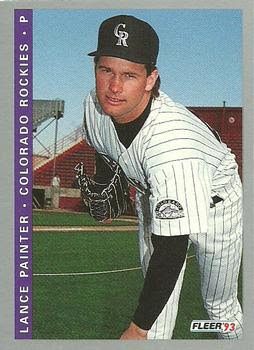 He appeared in 52 games for Toronto, 13 for Milwaukee..

He came to Toronto in November 1999 with Alberto Castillo and Matt DeWitt for Pat Hentgen and Paul Spoljaric. He went to the Brewers after the Jays released him in 2001. 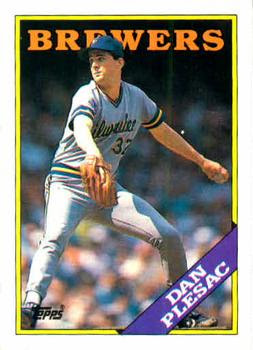 He appeared in 262 games with Toronto and 365 with Milwaukee.

Plesac was drafted by the Brewers and pitched with them until he was a free agent. In November 1996 he was traded to the Jays from the Pirates. Coming to Toronto was Plesac, Carlos Garcia, and Orlando Merced. Going to Pittsburgh was Jose Pett, Jose Silva, Brandon Cromer, Abraham Nunez, and Craig Wilson.

Toronto then traded him to Arizona for Tony Batista and John Frascatore in June 1999.

He signed with the Jays in 2001 and was traded to the Phillies for Cliff Politte in May 2002. 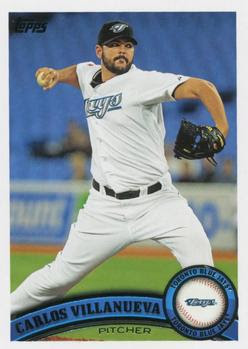 He pitched in 71 games for Toronto and 230 for Milwaukee.

He was traded by the San Francisco Giants with Glenn Woolard to Milwaukee for Leo Estrella and Wayne Franklin.

He was purchased by Toronto from Milwaukee in December 2010. He left Toronto as a free agent in 2012. 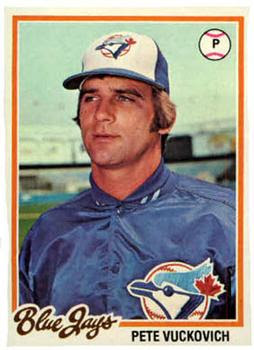 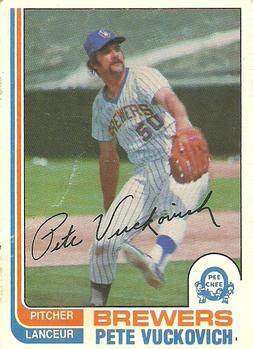 He pitched in 53 games for Toronto and 85 for Milwaukee. In Milwaukee he was a starter, only pitching one game in relief.

He came to Toronto in the expansion draft from the Chicago White Sox. After the 1977 season, he was traded to the Cardinals with John Scott for Victor Cruz and Tom Underwood.

He was traded to the Brewers from the Cardinals with Rollie Fingers and Ted Simmons for David Green, Dave LaPoint, Sixto Lezcano, and Lary Sorensen. He left Milwaukee at the end of the 1986 season. 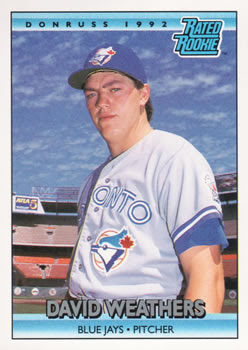 He appeared in 17 games for Toronto and 237 for Milwaukee.

He had the bad fortune of being in the Jays system when they had a great bullpen, lead by Tom Henke and Duane Ward. Because of that he was left unprotected by the Jays in the expansion draft and Florida took him.

He first went to Milwaukee in June 1998, being selected off waivers from the Reds. In 2001 he was traded to the Cubs with a minor leaguer for Ruben Quevedo and Peter Zoccolillo.
In a little bit of deja vu, Weathers was purchased from the Reds in August 2009. He retired at the end of the season..


So there you have it.. The players I have cards of that played for both the Toronto Blue Jays and Milwaukee Brewers.