Hello Postal Person. I see you Have Mail for Me.

It's always nice to get mail. Well, except when it's companies wanting money from you lol..

Anyway, I received two packages in the mail today. One from a trade I made through the Trading Card Database, and one from fellow blogger Angus at Dawg Day Cards.

I received a trade offer and would receive a few of the 1988 Topps cards I'm missing. 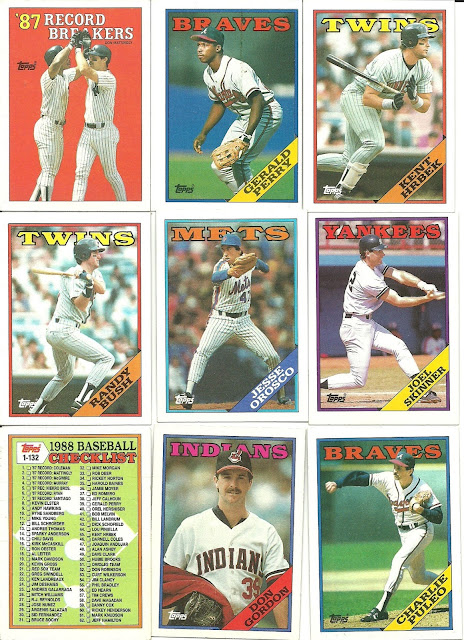 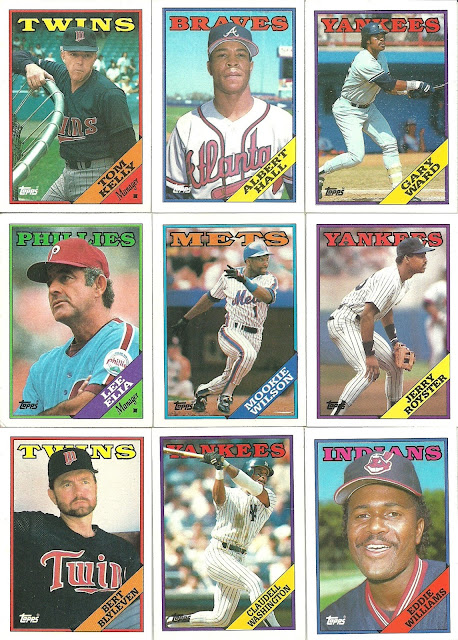 The trader was worried about the checklist because there was some creasing on it. He had asked if I wanted to replace it with a different card but with it being a checklist, I'm not that worried about it. To be honest, I used to have the 1993 Studio full set until I got rid of one of the checklist cards.. lol

Here we have some of the minor stars of the day. Gerald Perry, Kent Hrbek, and Jesse Orosco. Orosco was one of those "Have left arm, will travel" type. He pitched until he was 46.
The second grouping has a few more names in it: Tom Kelly, Mookie Wilson, Jerry Royster, and Bert Blyleven.

Thank you TCDB user mrbenaka for the trade!

Next, I randomly received an email from Angus at Dawg Day Cards saying he has some Jays that he wanted to see in a Jays collection, so was sending them my way. 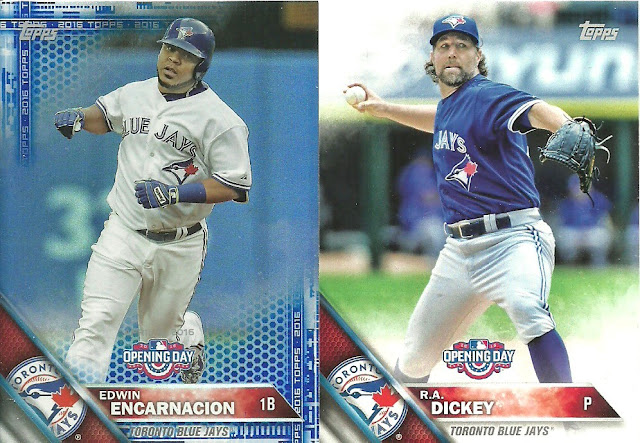 We have a couple Opening Day from this year, including a Blue Honeycomb Edwin Encarnacion. If Topps wants to get really gimmicky with these, they could have shopped a parrot onto Edwin's arm. For those who don't know what I'm talking about, whenever he hits a home run, he runs with his right arm in the air like he's holding a bird on his arm. Fans started saying he was walking his parrot and it grew from there.
The other is R.A. Dickey looking like he's about to throw a fastball. 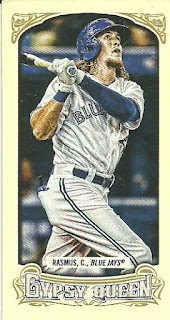 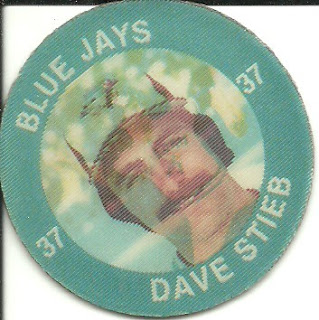 Next is a Gypsy Queen mini of Colby Rasmus and a 7-Eleven Slurpee Disc from 1984 of Dave Stieb.

I like the Gypsy Queen look though I find having Topps putting out that and Allen and Ginter overkill on the Tobacco era designs. Then again, they put out Heritage and Archives as well, so.... I'd rather one or the other.

The 7-Eleven disc is interesting. I've never seen these before. Where I grew up 7-Eleven was non-existent. The closest chain convenience store was Mike's Mart in Nipigon or Marathon. (Mike's Mart has since been absorbed into Mac's). By time I moved here to Peterborough, they stopped doing these things. I actually worked at the 7-Eleven store here until they closed. 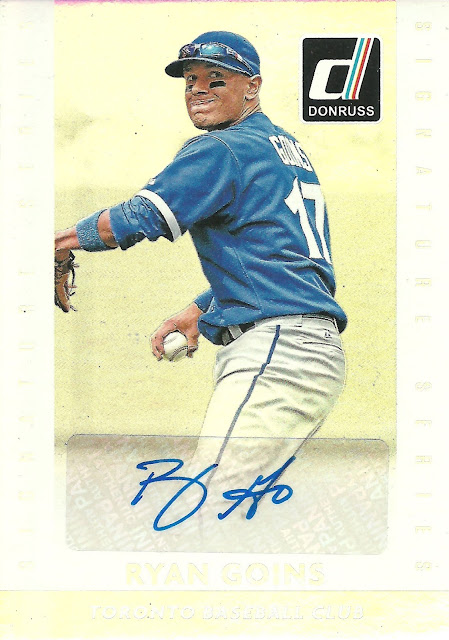 I couldn't get a better scan on this card. I don't think it helps that the colours are basically silver on white. 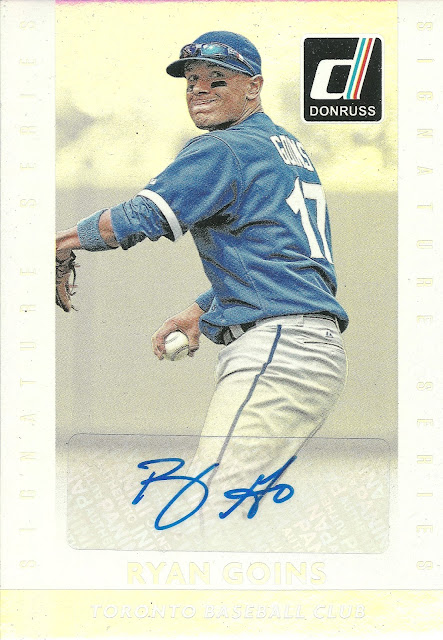 Here is the best scan I could get.. You can barely make out the "Signature Series" on the side. On the bottom of the card under the sticker auto is "Ryan Goins Toronto Baseball Club"

Thank you very much for the cards, Angus!