I've shown a couple team sets from the Thunder Bay Whiskey Jacks in previous blog posts here and here. Now, I want to show the program from a game I went to in 1994..

Now, for those who may not know where Thunder Bay is, I've also thrown in a map 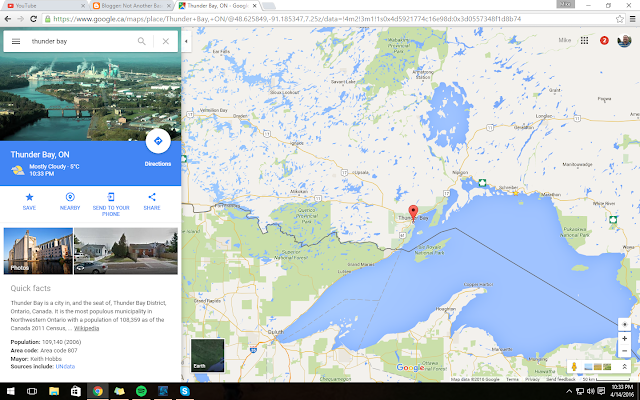 Thunder Bay is on the north shore of Lake Superior near the Minnesota border.

Now for the program 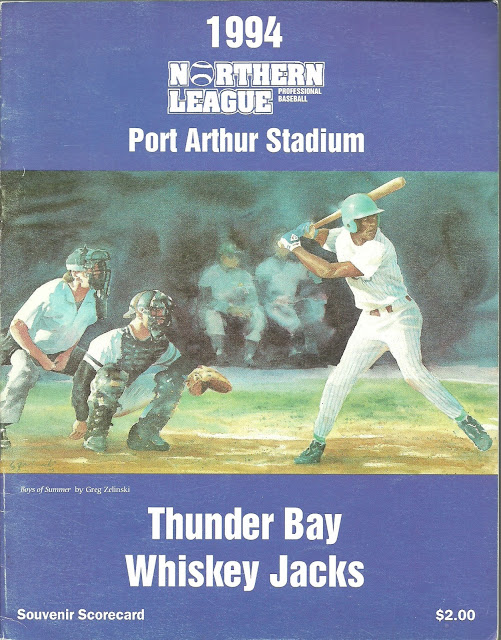 A rather ordinary cover. 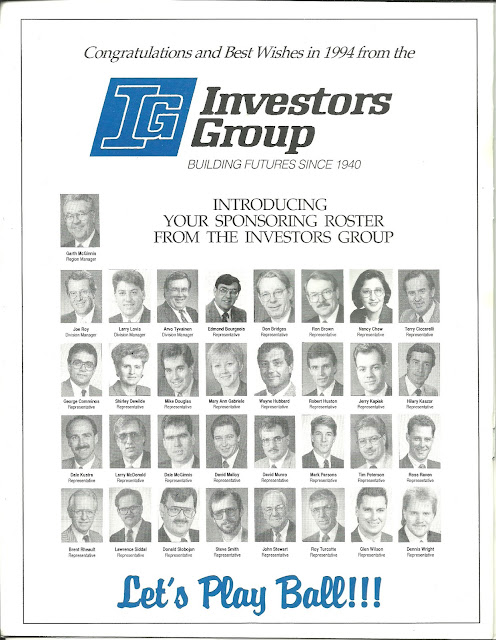 The inside cover is this ad for the Investors Group. 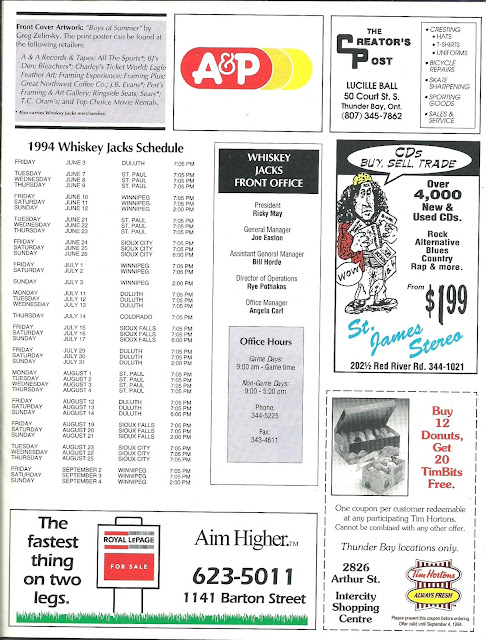 The schedule for the 1994 Whiskey Jacks plus some ads for the area.
Two things jump out at me.. The name of the person from the Creator's Post and the Tim Horton's ad.

Tim Horton's is a national chain of doughnut shops that has expanded into the northern US. At the time, Tim's weren't very common in the northern part of Ontario. We had a different chain called Robin's Donuts. Now, Tim's are everywhere. 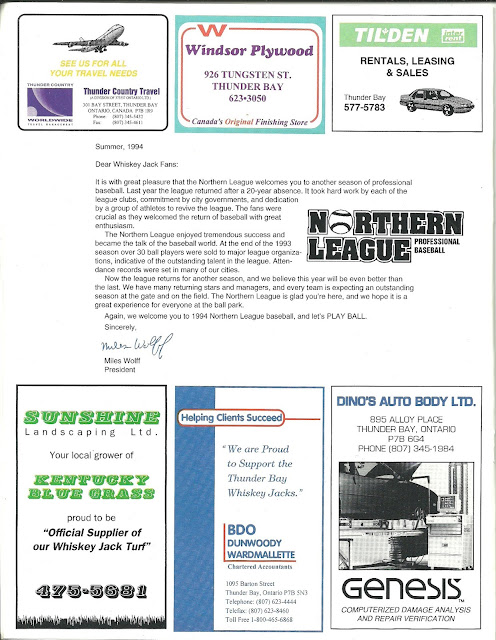 League President message and some more ads.
One of the things about Thunder Bay is they have a lot of streets named for metals and metal related things. Tungsten, Alloy, etc. 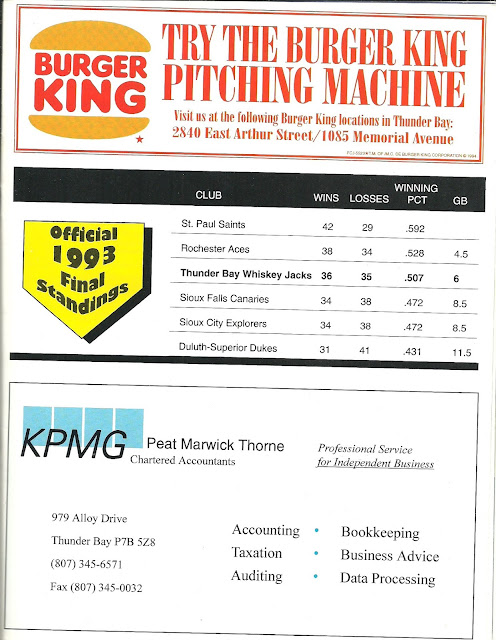 The standings from 1993. As you can see, the Jacks were 6 games back of first place. 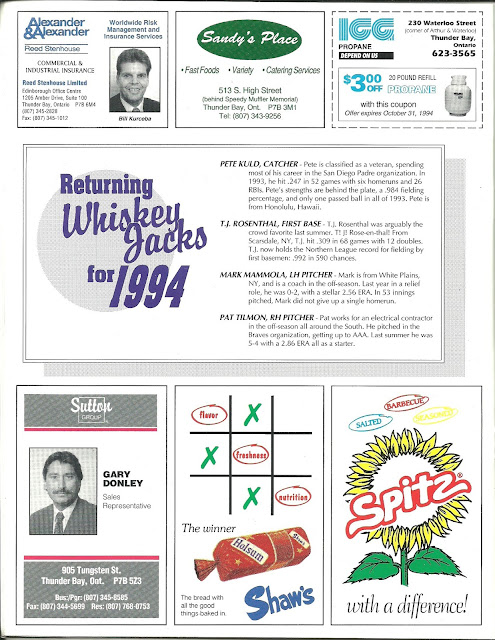 Some more ads surrounding the returning Jacks.
Holsum is an international company that licensed their recipes to independent bakeries to produce the Holsum bread. In Thunder Bay, that was Shaw Bakeries.

I remember when I was younger there being a closure there, but it seems as though the company is still around, so I don't know. 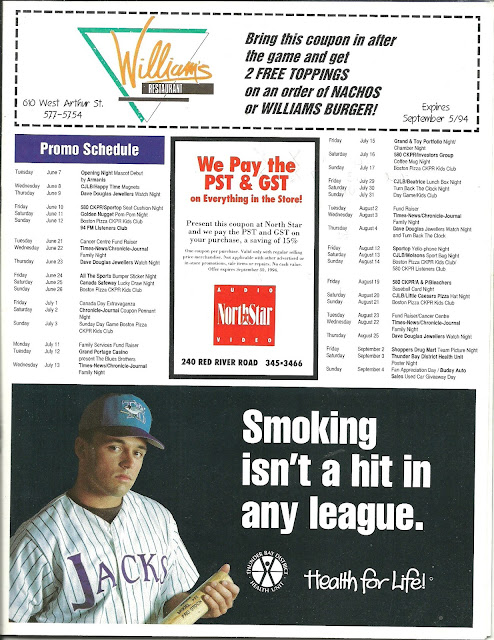 Got to have the promo schedule somewhere. Also an anti-smoking ad from the Thunder Bay District Health Unit. 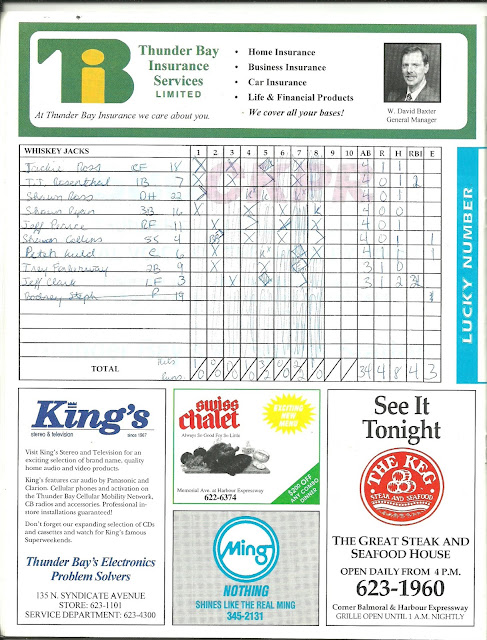 The score card, Jacks side. 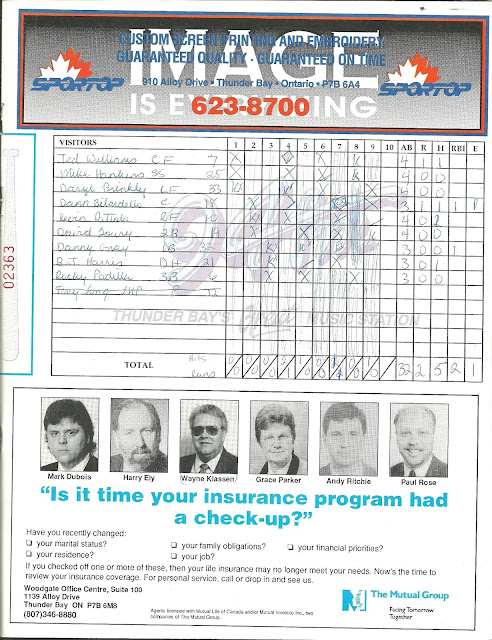 The visitors. This game was Jacks against the Winnipeg Goldeyes. The Goldeyes are still around in the American Association of Independent Baseball.

The only one of the Goldeyes I know is Dann Bilardello. lol I just wish there was somewhere on these programs to put the pitching lines/information. 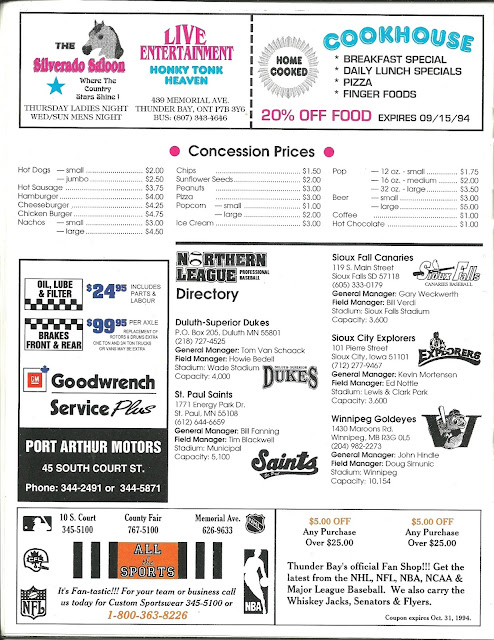 Concessions at Port Arthur Stadium. Really nothing too far from the ordinary. Since then of course there are many places that have regional foods on their menus. One that would be in Thunder Bay is a pastry called a Persian.

The Northern League as it was in 1994. Duluth, St Paul, Sioux Falls, Sioux City, and Thunder Bay were charter teams. Rochester, Minnesota was replaced with Winnipeg. 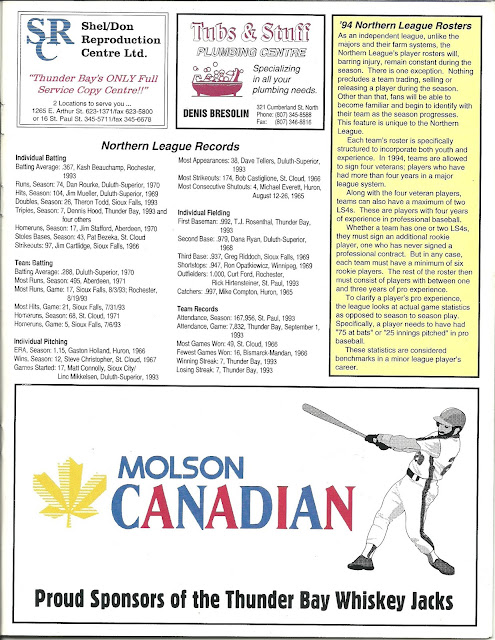 Roster rules and League history. The league was considered a "rebirth" of the old Northern League that included teams like the Winnipeg Goldeyes, St Cloud Rox, Superior Blues, Fort William/Port Arthur Canucks, Duluth Dukes, among others. These previous iterations were affiliated leagues. 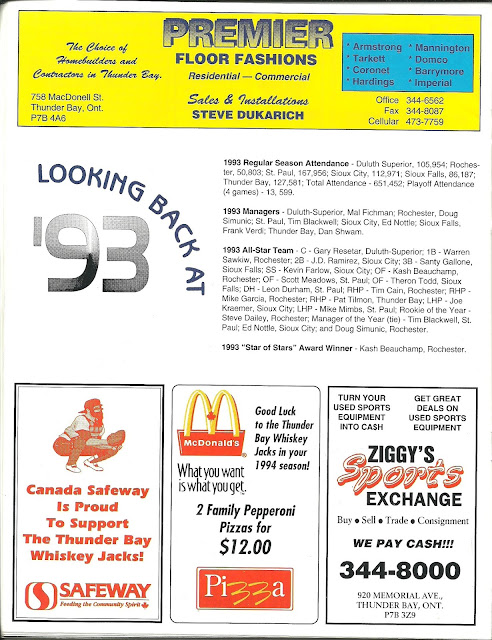 Some more information on the 1993 season.. And McDonald's Pizza Ad!! 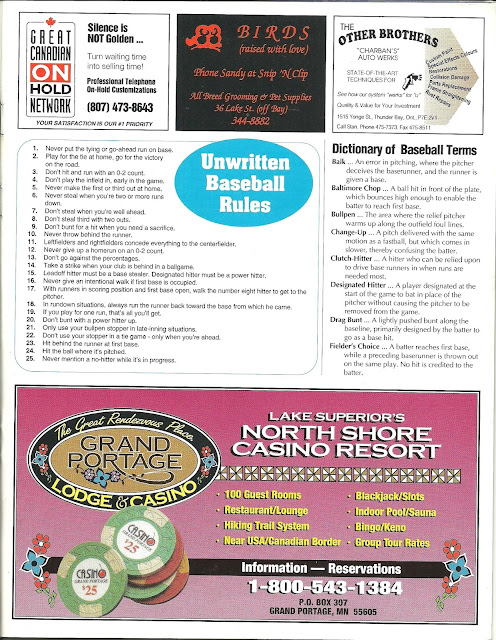 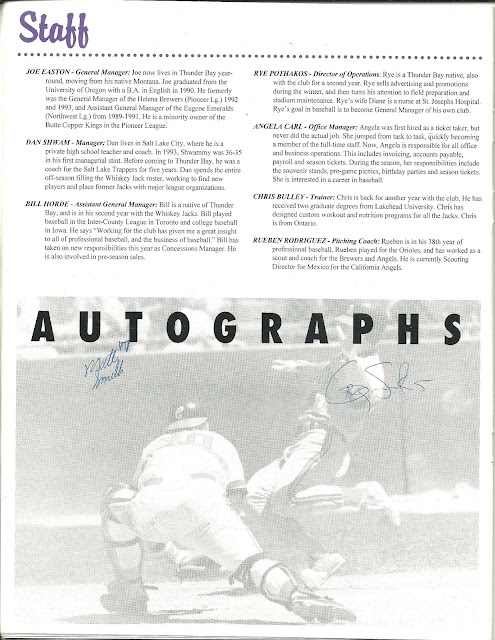 Team staff and an autograph section. I have two of them.. One is Matt Smith, the other one may be Greg Smock.. 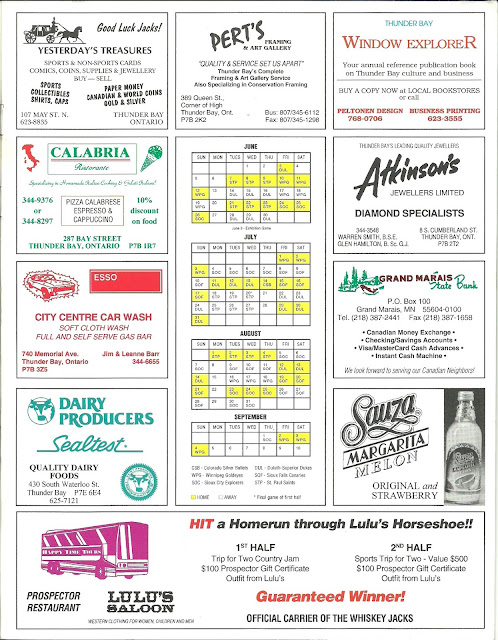 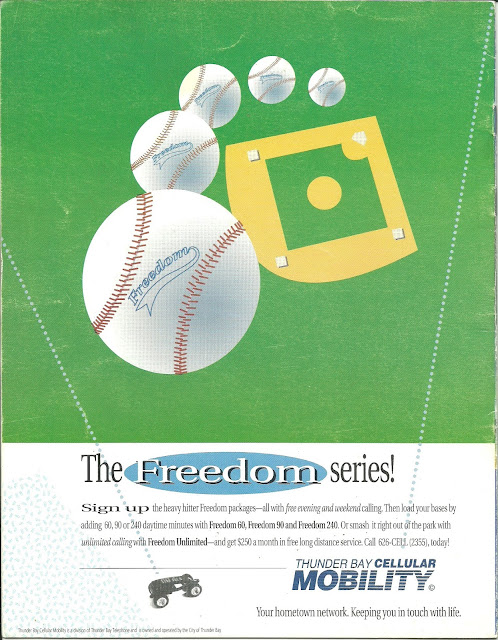 So there's a look at the 1994 Whiskey Jacks program I unearthed not too long ago.