Well, today is my birthday. I was born April 1, 1978 in Thunder Bay, Ontario at Port Arthur General Hospital, which sadly no longer exists.

I figured today I'd go over some baseball players who share my birthday, or I share with them, whatever the case may be,. :P

(This may have to turn into another PC for me, since I collect hockey players from my hometown.. Incidentally, anyone who has Charlie Simmer or Aaron MacKenzie hockey cards, let me know!) 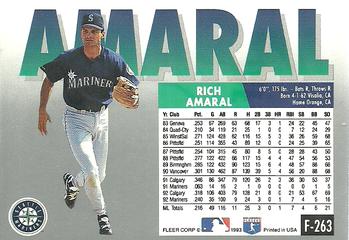 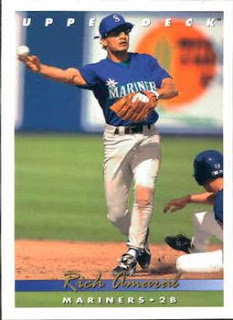 Amaral was a jack of all trades type player, playing everywhere but pitcher and catcher. He spent most of his major league career in Seattle, spending his final two seasons in Baltimore. Before going to Seattle he spent time in the Cubs and White Sox minor league systems.

His son, Beau, is in the Cincinnati system. 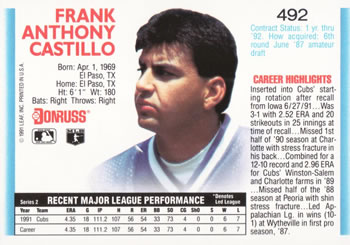 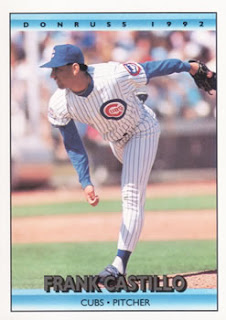 Castillo played for the Cubs, Rockies, Tigers, Jays, Red Sox, and Marlins in his career. He was generally average, though he ended his career with a losing record. I've been trying to describe his career but every time I try I restart..

Using metrics like WAR, his best season came in Toronto in 2000. with his 1995 season coming second. 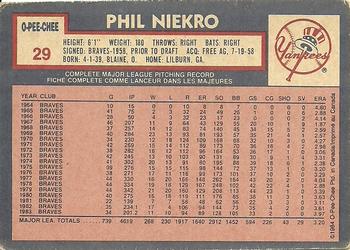 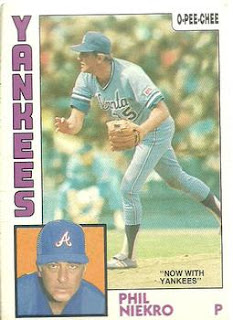 Now, Niekro pitched most of his career for the Braves franchise, starting in Milwaukee and going with them to Atlanta. He spent two seasons in New York with the Yankees and almost two seasons in Cleveland before making cameo appearances in Toronto (3 starts) and Atlanta (1 start) to end his career in 1987.

He's in the Hall of Fame, going in 1997 and has his number retired by the Braves. 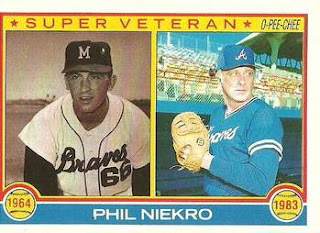 The final player I'm going to highlight, as he's the last one I have cards of, is Rusty Staub. 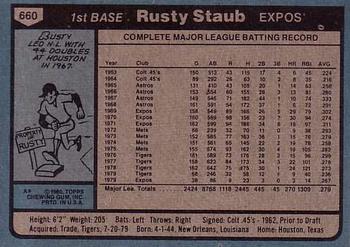 Staub was born April 1 1944 in New Orleans, Louisiana. He started out with the Colt 45s who became the Astros before moving to Montreal in 1969 and becoming Le Grand Orange. He's one of the first that embraced the idea of immersing himself into the Quebec culture to understand it better and relate to the fans more. 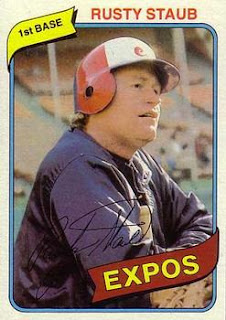 Obviously there are others that share this birthday but I just don't have the cards. One is another Northern Ontario native by the name of Jeff Heath.

Here is where I got the information for this post. They have it so you can search any date to find out the births.

Have a good one!!