And Away They Go!!

Well, the packages have been mailed out.. I apologize again for the delays.. Being on a limited income things like food and shelter kind of come first.. :) But I do have things out there now..

Speaking of Out there.... I have more from that wonderful package from Tony at Off Hiatus Baseball, whose wonderful Blog can be found Here. 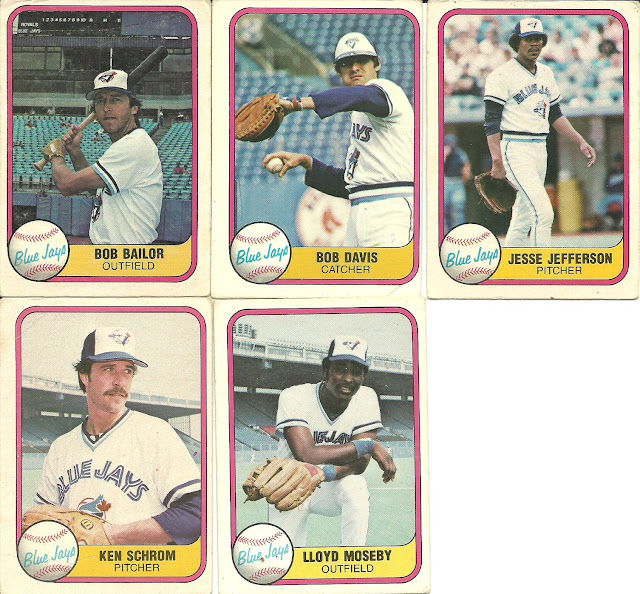 Some 1981 Fleer. The Jefferson is the "Pirates on back" version. 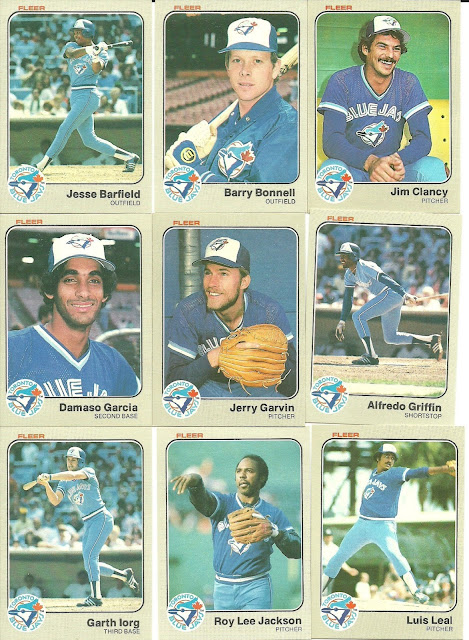 1983 Fleer! I now have the full team set of these. Actually, I got the whole thing from Tony.. Interesting thing of note: Roy Lee Jackson was in the opening sequence for the 1980s kids edutainment show 3-2-1 Contact. He was the pitcher throwing the ball. 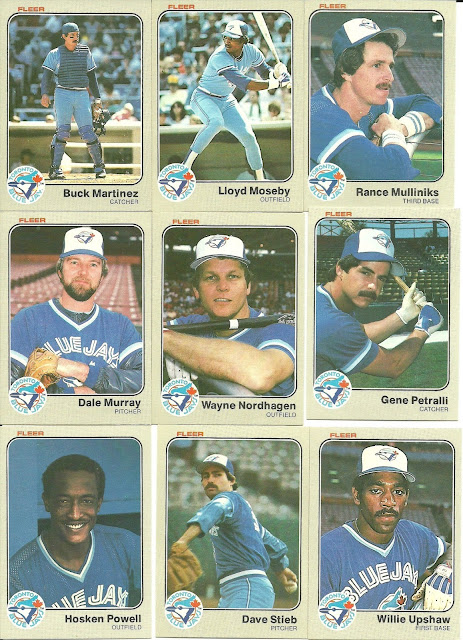 Nordhagen essentially was traded for himself through another team. The Lines from Baseball Almanac: 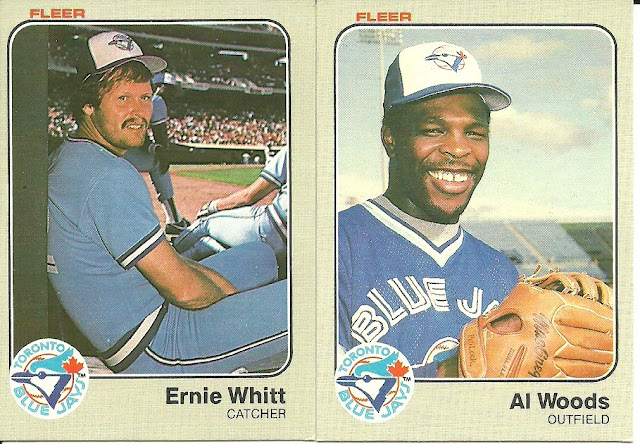 The final two of the 1983 Fleer are Al Woods and Ernie Whitt.. I'm not sure where the Whitt was taken but I like it.. The Woods photo looks like it could have been taken in one of a few places.. 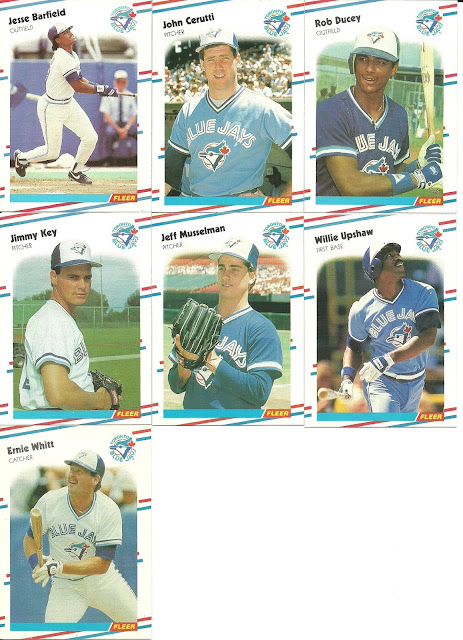 Ahh Spring Training photos.. Doesn't the Jimmy Key photo look like it could have been taken down at the local ball diamond?? The scary thing here is... I wasn't trying to get he lines to match up.. lol 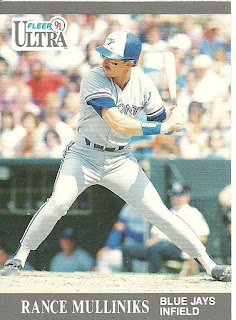 One Fleer Ultra: Rance Mulliniks.. I once asked a Facebook group I'm in, and I think I did so on the Trading Card Database as well: Who do you collect, or have in your collection that you hate? For me, I don't like Rance Mulliniks.. I collect him because Jays.. I'm glad he hasn't been in front of a microphone lately.. 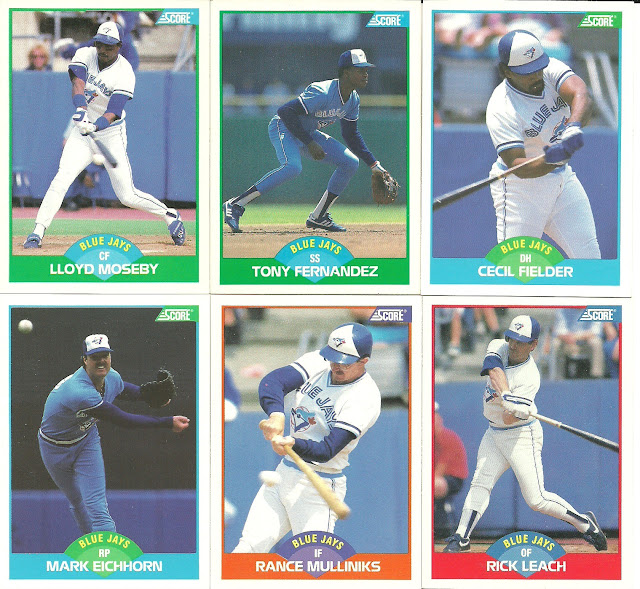 It's funny to look back on some older players and see their origins.. I started into collecting and following baseball when Fielder had gone to and returned from Japan. For that reason, I see him as a Tiger. Yet, he started as a Jay, after the Jays traded Leon Roberts for him.
It's funny though: Three of the 6 in this grouping have ties to the Tigers for their careers.. Cecil Fielder and Lloyd Moseby both played for the Tigers after the Jays, and Rick Leach started out with the Tigers. 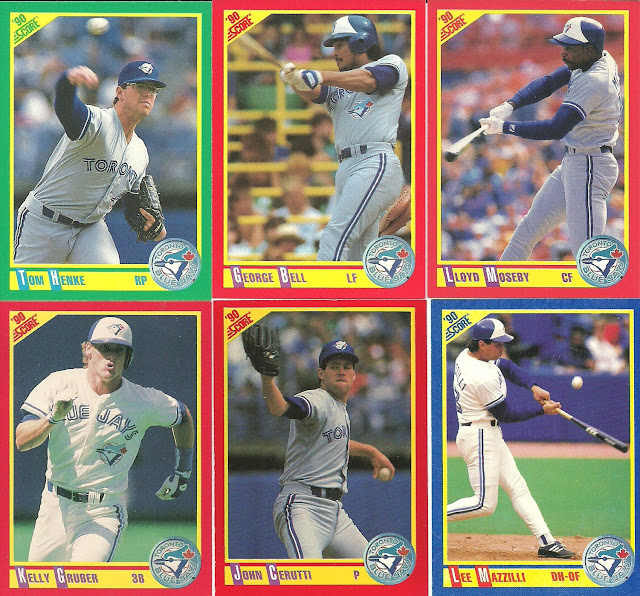 Some nice photos here in the 1990 Score set. Though, I'm trying to decide if Lee Mazzilli popped the ball up, or if he swung well underneath the pitch.. 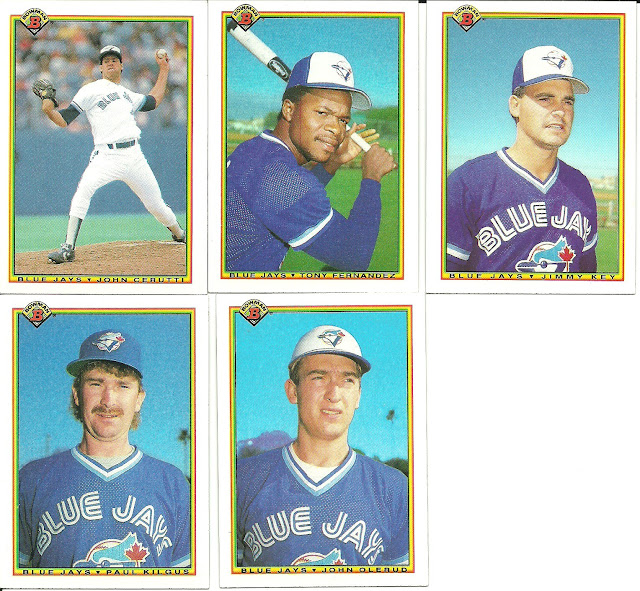 Some Bowman here. Most of these look like Spring Training photos again, though I have to say Paul Kilgus looks like some guy who was able to sneak into the complex, throw on a uniform, and con the photographer into thinking he was a ballplayer lol.

Now.. The cards that started the whole trade between Tony and myself.. 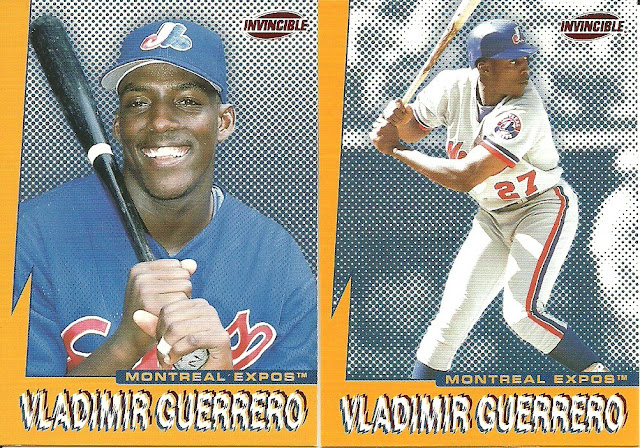 Some Vladimir Guerrero. I find it odd that Pacific decided to make these variations.. Rather confusing.. But I still like them.

Thanks again Tony for the wonderful cards!