Mail from Off Hiatus

I got a wonderful package in the mail today from Tony from Off Hiatus Baseball. I'm going to have to break it into two posts to cover the wonderfulness of this package. (Incidentally, your package is in the mail, as are for the rest of people I have trades with.. Again, sorry for the delays.. :( )

1978 and 1980 Jays team photos. I love these cards, especially from the earlier sets. 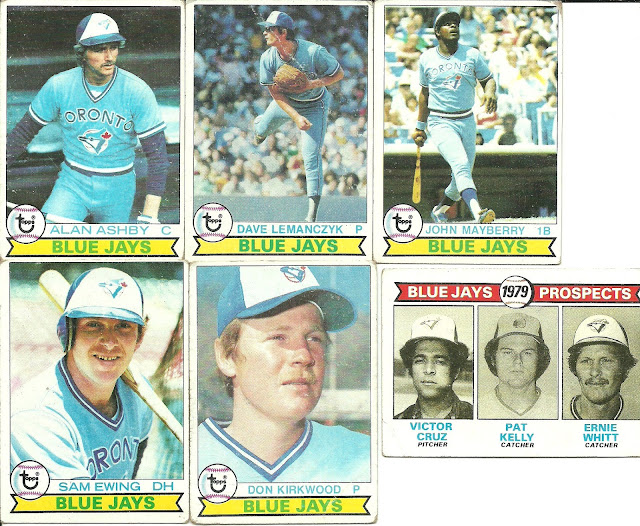 Some 1979 Topps here. I always found the differing sizes of the Jays hat logos in some of the older cards interesting. In the 1977 set, every single one was a different size. Here we see a tiny one on Don Kirkwood's hat. It honestly looks like the whole uniform is airbrushed.. I don't know why though.
Incidentally, that Cruz/Kelly/Whitt is considered a Rookie Card, even though Whitt is also in the 1978 Rookie Catchers Card, also considered his Rookie.. Weird.. 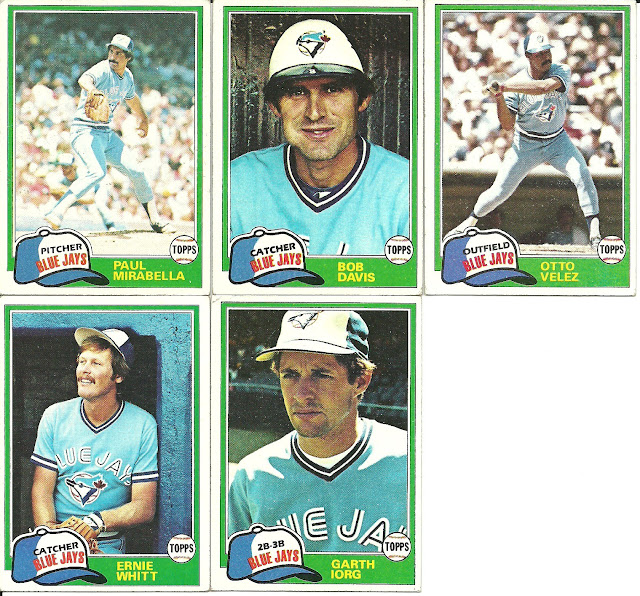 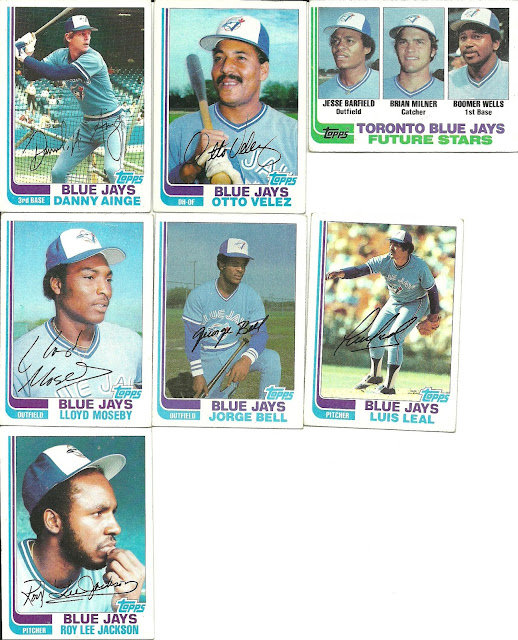 1982 Topps.. Danny Ainge up there. As a baseball player, he's a very good basketball player. Also, Boomer Wells, but not the one everyone recognizes.. Greg Boomer Wells was a 1st baseman who didn't last long in MLB, but won a Triple Crown in Japan.
The Jorge Bell is not a typo, by the way.. When he first made the majors, he had his name like that. After a few years, he Anglicized it to George. 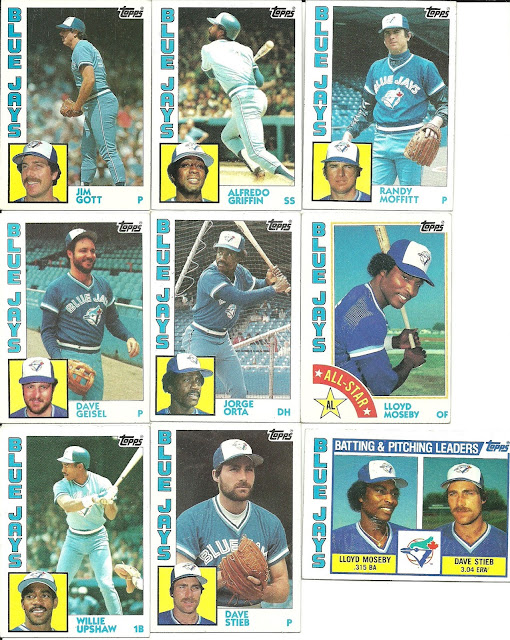 Some nice cards here. Most of these guys are Jays mainstays, but I have to keep reminding myself that Jorge Orta spent a year with the Jays. I just remember him as a Royal. Jim Gott was in the start of his career here, actually in the last season with the Jays in 1984..
Randy Moffitt spent the final year of his career with the Jays.. 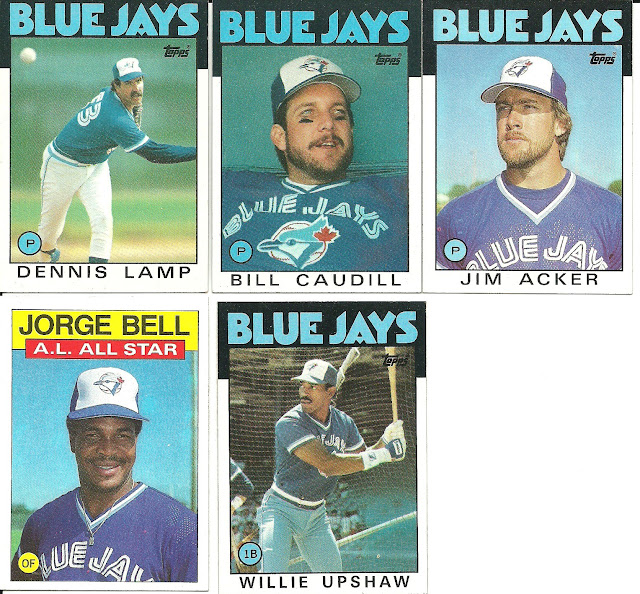 1986 Topps.. I'm only collecting the Jays and Expos from this set. Not a fan of this set at all..

Thanks again Tony for the wonderful cards. I hope you enjoy the ones you get in return..