So yesterday I received a package in the mail from Richard at Toronto Blue Jays Collection. He's sent some items to me previously, and this time around, I got some gems. 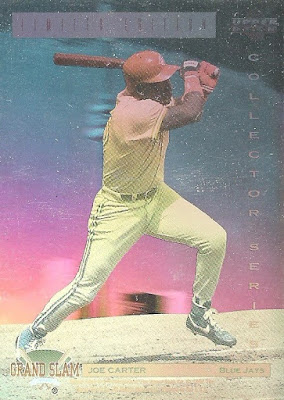 Here we have an Upper Deck Grand Slam card from Denny's. Rather fitting, since they have their own Grand Slams... 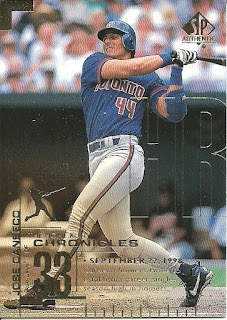 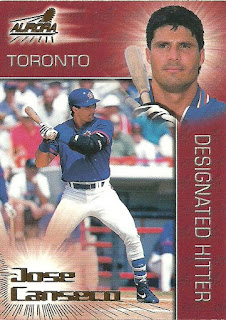 Now a couple Jose Canseco cards from when he was a Jay. He spent one season as a blue bird before turning into a Ray.. It's odd seeing Canseco with a number other than 33 though.
Just doing a quick look on baseball-reference, it seems as though Canseco wore three numbers in his one season with the Jays.. 00, 33, and 44.. Interesting.. 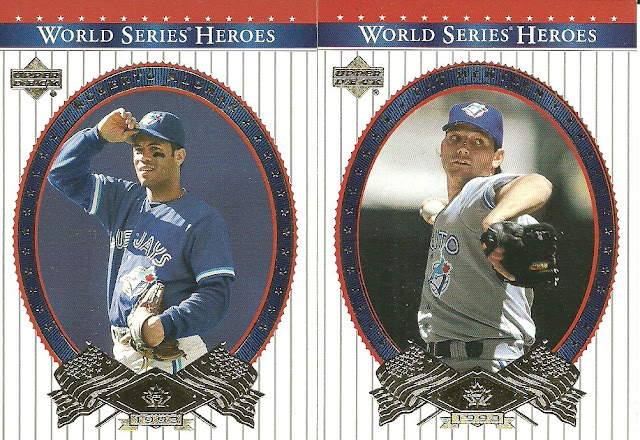 Some World Series Heroes! Hall of Famer Robbie Alomar and Pat Hengten. I know it's the design of the card, but I think not having two American Flags on these cards would work better..
I find the name hard to read in the scan. It's easier in hand. 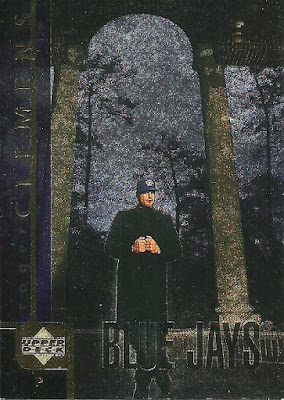 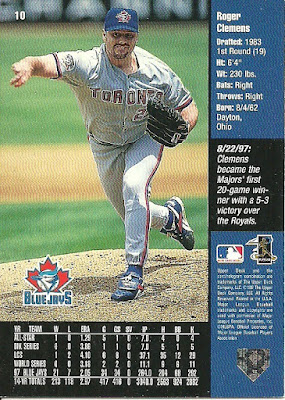 Here's a parallel card of Roger Clemens that I had to do some searching for to figure out what it was. Basically it's the base UD card but foiled up and given a different number. Again, it looks better in hand. From my scan you can barely read the name. 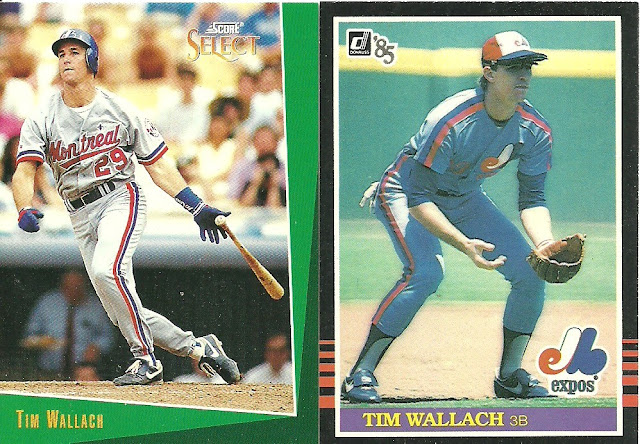 Just to break up the wall O' Jays, Here's Two Tim Wallach cards. Both showing the road uniforms from different eras. I still love that powder blue though. 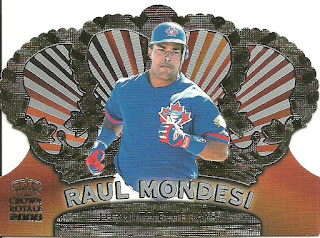 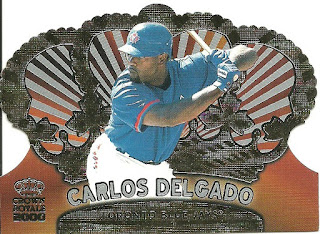 Two Pacific Crown Royale cards. It's interesting what they can do with cards these days.. Here we have Carlos Delgado and Raul Mondesi in the uniforms worn between 1997-2002. I think these were my third favourite of the Jays' uniforms. I consider the one off 2003 uniforms the same as these, since the only difference was the "T with Flexing Muscle Jay" 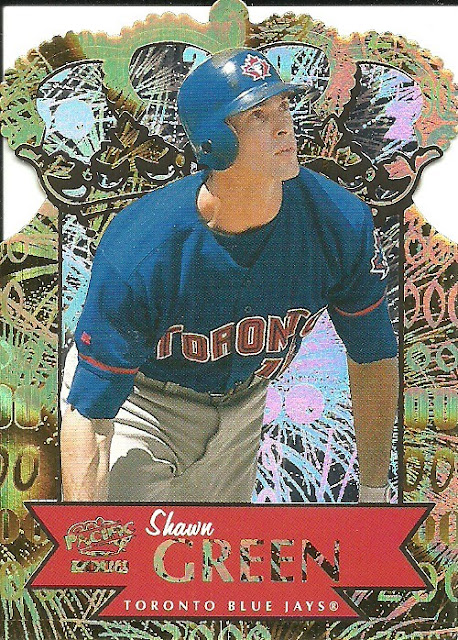 I had to enlarge this one just to show off the detail.. It does make it hard to read though. 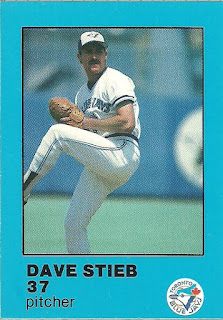 A 1984 Fire Safety Jays card.. It's funny in a way. This is the first year the cards were put out. For the next few years, the design was exactly the same for the cards. The only difference being a different picture. It can make for tough cataloging. 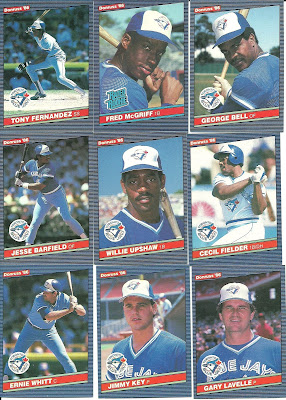 Now some 1986 Donruss.. I think I should be pretty close to having them all now.. I'll have to look. 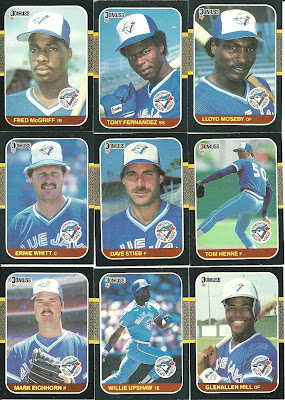 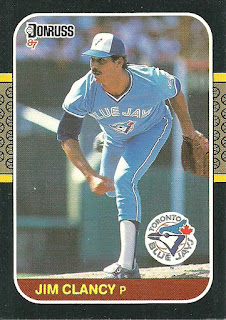 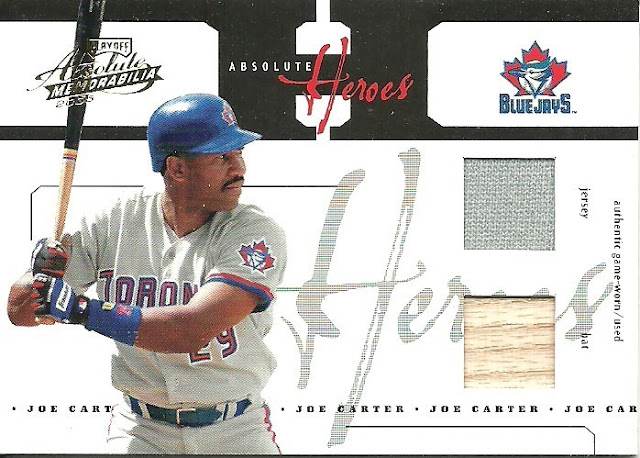 And the last, but certainly not least card. I admit, I never get anything like these from packs. The closest thing I got was a Robin Yount silver border reproduction rookie card a couple years ago.

Thank you again, Richard for the wonderful cards. I will have some 1994 Collector's Choice coming to you on Monday!