National Hockey Card Day was close to a week ago, but I'm just getting around to talking about it now.

I went into my card shop, Jeff's Cards and Comics, on Tuesday since I was out doing errands. There were a few packs of the Hockey Day cards behind the counter, so I was able to get two packs and card 16 from the person behind the counter. 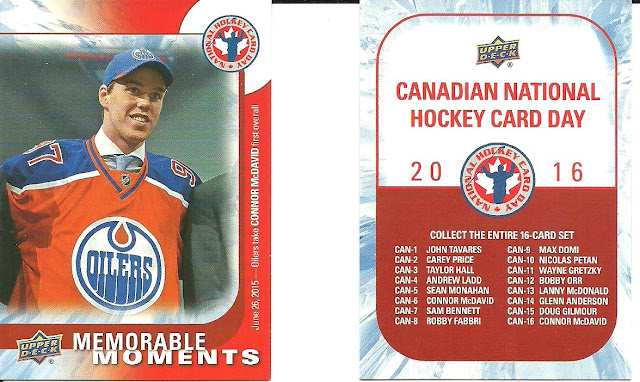 Above is the checklist and the #16 Connor McDavid. Of the cards I got in the packs, I had one duplicate: Taylor Hall. 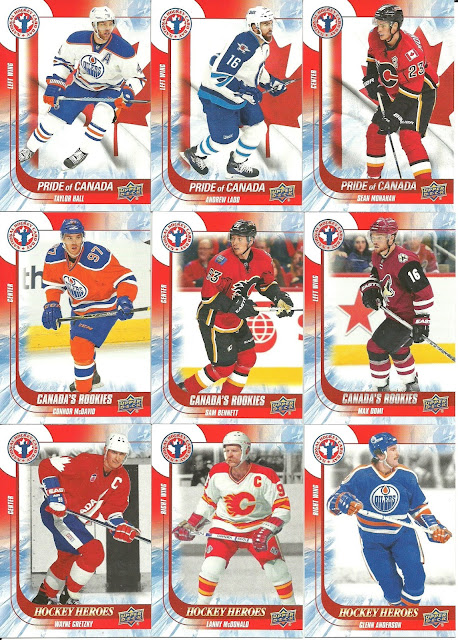 I don't normally collect hockey, but small sets like this I enjoy. I have some of the older McDonalds sets but I like these ones.