I haven't been around much lately. Basically with work being back in full swing and some mental/physical issues I'm dealing with I just haven't had the time, energy, or want to write anything for the last week. I'm kind of pushing myself to do this tonight, even..

So what am I writing about on this night where I feel I might just throw the verbal pasta at the wall to see what sticks?

Specifically, the Jays from 2007 Topps

Now. I've read a number of people who don't like the design from 2007.

It's one of my favourite sets. Not really one I'm going to actively collect. When it was new I wanted to though. 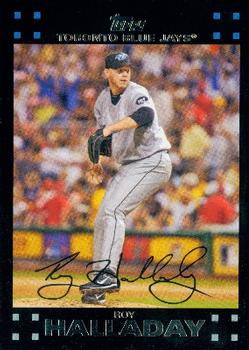 What show of cards would be complete without showing a Halladay?
You can see the "TC" patch on Roy's arm for Tom Cheek who had passed in October of 2005. 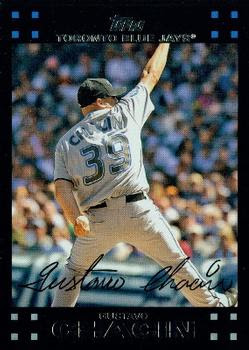 Gustavo Chacin was a fast starter, but didn't really translate to longevity.
The Jays made a Gustavo Chacin cologne as a giveaway because the joke was his name sounded like it could be a cologne. 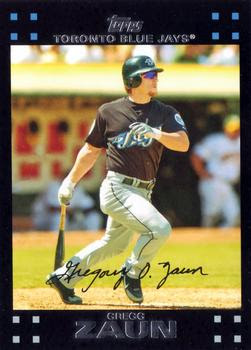 Baseball's answer to Don Cherry.
There were times where people were wondering if Zaun was raiding Don's closet. 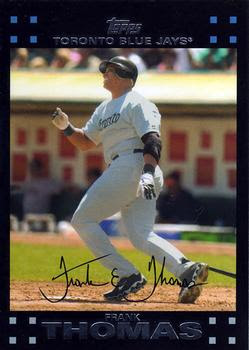 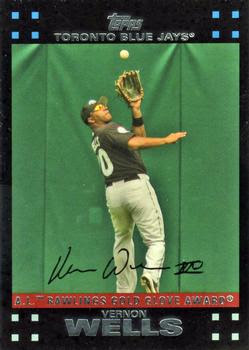 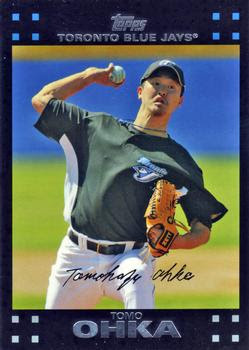 It's odd to think he was a Jay.. I forget that sometimes.. He ended up being one of those who played for both the Jays and Expos.