A Big Box of Expos

There was a member on the Trading Card Database who was offering cards of a team for free.. Just send something back to the member later, or send something to another person as a Pay It Forward.

I naturally scooped up the Expos/Nationals. Well, I'll be sending the Nationals to the Team Collector's Nationals person at some point.. But those Expos... There are a LOT of Expos.. 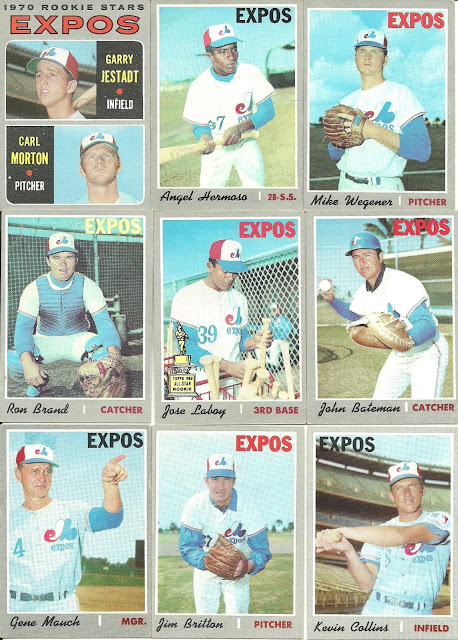 Some nice 1970 Topps here.. Jose Laboy rookie cup being centre stage here.
I am interested though.. Were there variations in team name colours? 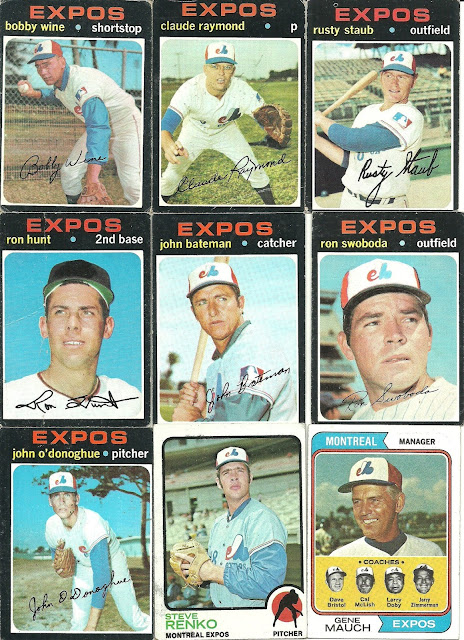 Some 1971s here. Claude Raymond is a French Canadian.
Gene Mauch and the coaches make an appearance as well here. 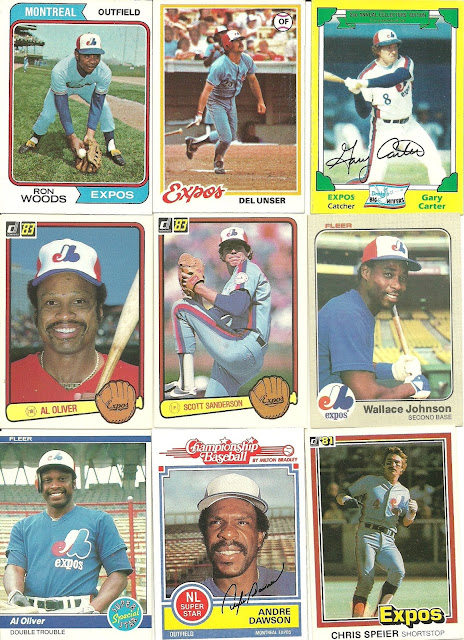 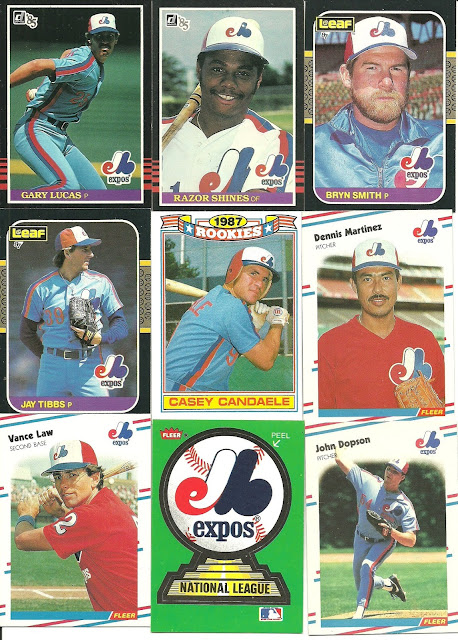 Some Leaf cards are quite the nice surprise.
I love those glossy rookie cards. This one is Casey Candaele.
There were a few base Fleer. The Expos Logo sticker is also one with Olympic Stadium on the back. 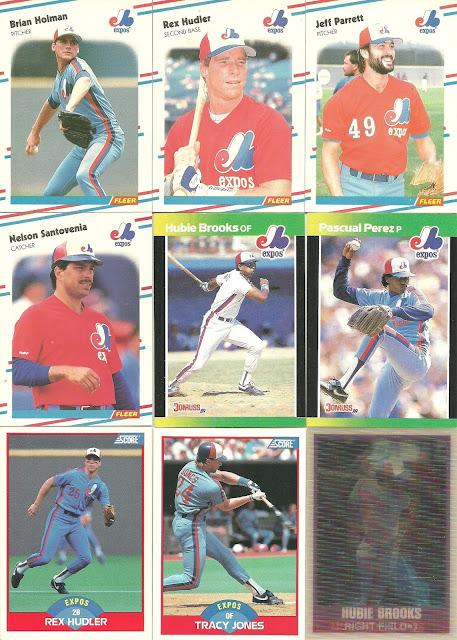 Here we have some glossy Fleer.
The Brooks and Perez Donruss are the Best of the NL set. Or Baseball's Best.. Whatever it was called by this time.. 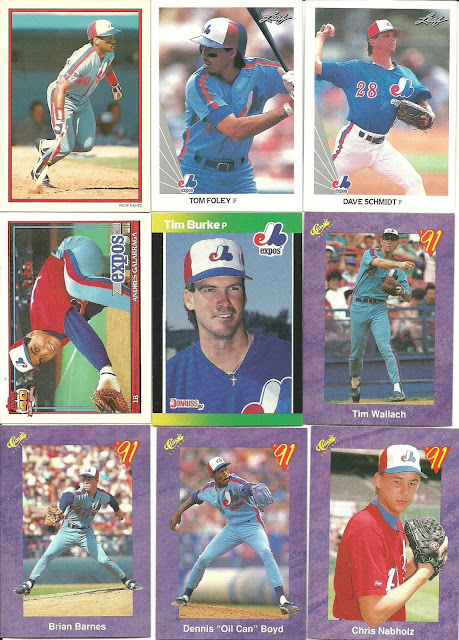 Tim Raines in a glossy card here.
The Galarraga is an OPC card.. I didn't notice at first glance, since 1990 and 1991 they used the Topps logo on front.
I think the Classic card of Boyd is the first time I've seen his name listed that way.. I've only either found it as Dennis Boyd or Oil Can Boyd. 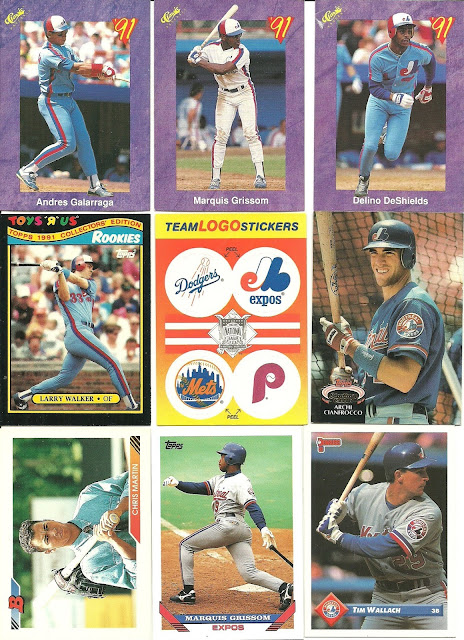 I like the Toys R Us Rookies cards.. I have two copies of the Walker for the two collections. The Grissom is a blank back. 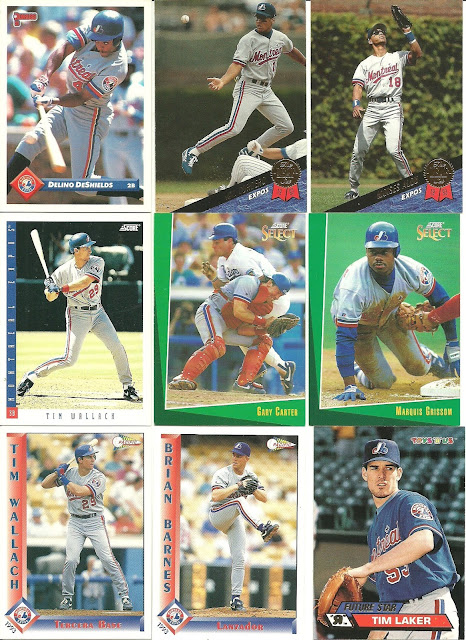 Pacific Spanish cards here. Also, Select. I never really saw many of these when they were released. Some of them seem to have decent action shots. The 1993 Leaf seem pretty decent as well. 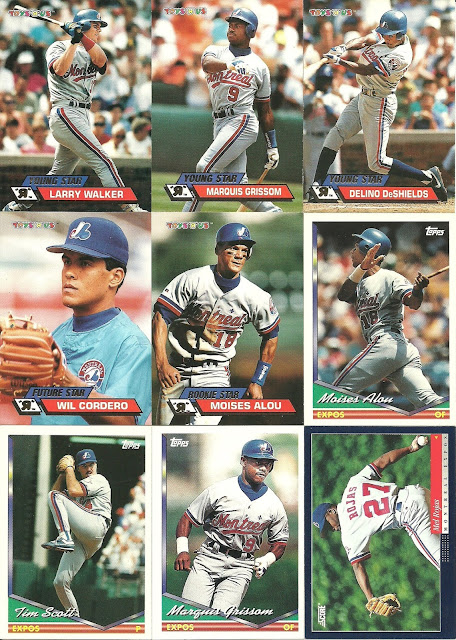 Toys R Us went to Stadium Club for the rookies set. Including the Laker on the previous scan, I think I have all the Expos from it.. I do need another Walker though. 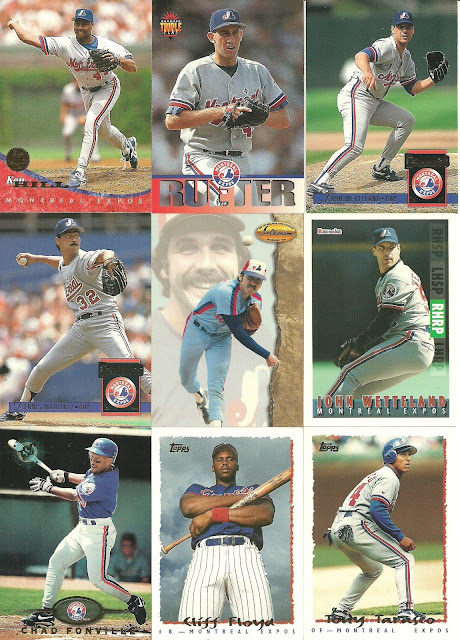 I haven't come across that Ted Williams Steve Rogers before this. I did get another Cliff Floyd from the box as well. Obviously, I'm not showing it..
I love the 1994 Triple Play.. As mentioned before, I didn't see Triple Play after 1992 back home. 1993 and 1994 were really much better design wise, I think.

I still have more cards to go through and scan from this box.. That will be my next post as well.