I wanted to do a quick post to catch up on some small trades that have come in. These are all from the Team Collectors..

First, and I don't have pictures of these since my scanner is buried right now and none on the TCDB exist, but Bowman Platinum Refractor and Gold Refractor JP Arencibia.
That was from the resident Astros Collector. .

The other one I received was from the Braves Collector, Anthony. 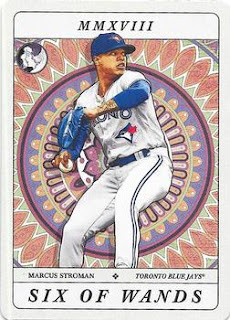 This was from Gypsy Queen. Since I never see/open GQ, this is a completely new card for me. 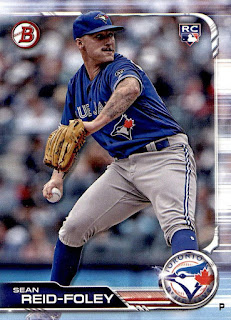 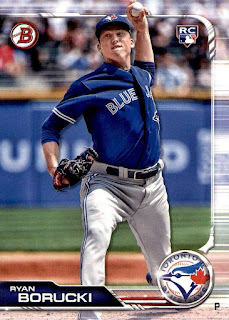 A couple Bowman rookies. Sean Reid-Foley and Ryan Borucki may both see time with the club this year. 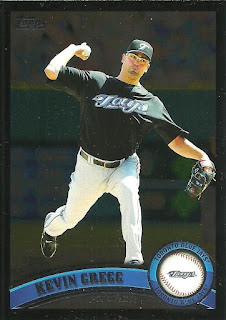 A blast from the recent past with Kevin Gregg.. Walmart Black border.. Coupled with the black uniform it's all sorts of black.. 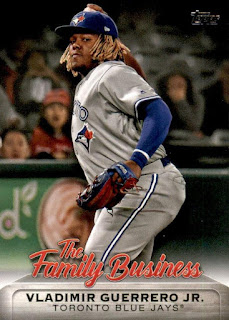 Vlad Jr. Talking about following in his dad's footsteps.. 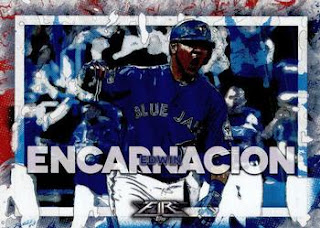 This is another one that's completely new to me, as I don't see/open Fire.
This card shines the spotlight on the 2016 Wild Card game, where the Jays won over the Orioles.. 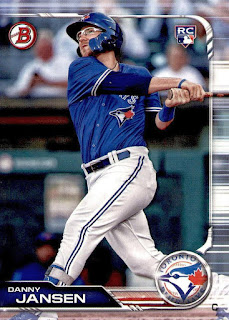 Thank you to both!