I have a person on Facebook that connects with me every so often with a batch of Expos for sale.
I recently bought the stack he's had for me for a while. I received it today.

A bunch of it was 90 Donruss and thus added to the duplicate pile numbers for the Project, but he also sent me a number of 1973 Topps.. 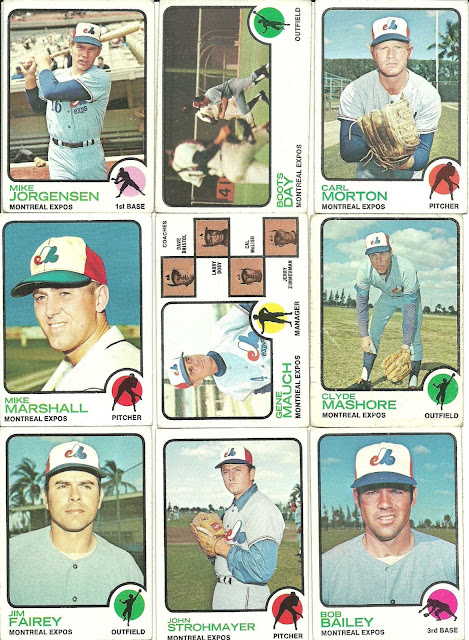 A nice grouping here of cards.
I like that Boots Day card. The Marshall is a victim of airbrushing..
I like that Gene Mauch card and the coaches.
Something interesting on that Mauch card is this:
For the coaches it says "Years in OB"
I imagine that means Organized Baseball..
One of the coaches was Larry Doby. 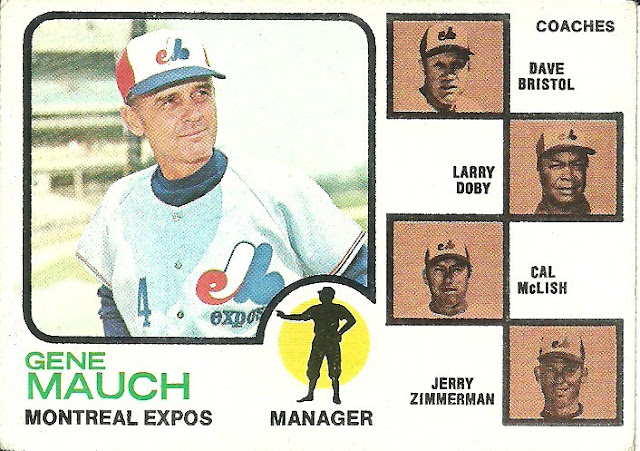 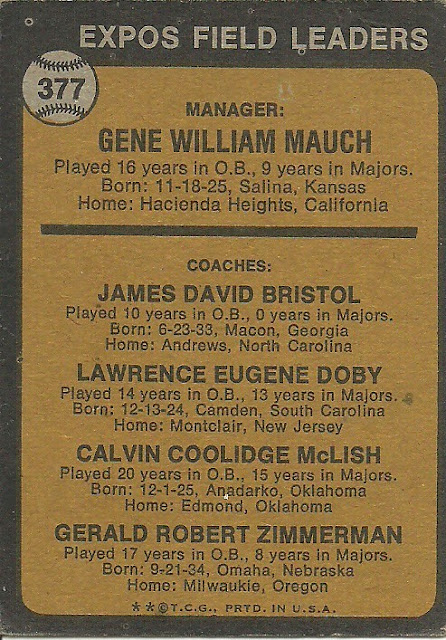 I figured I'd just scan the front and back to show it better.. 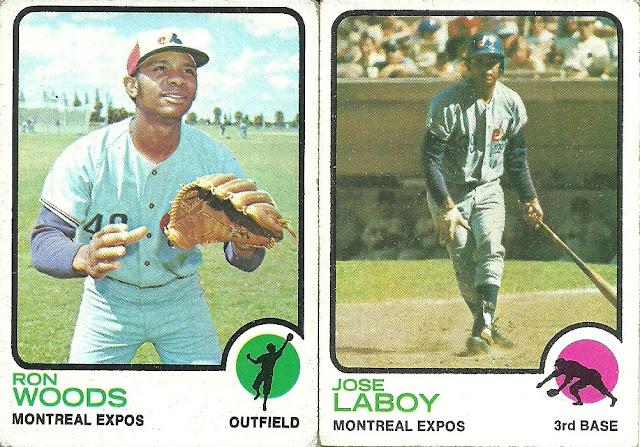 The last two cards I got that I needed were Ron Woods and Jose Laboy. I'm not sure where the Laboy photo was taken.

With these cards, I now am four away from having the team set completed.

Also, if anyone happens to have card 104: Reggie Cleveland that you're willing to part with, I'd appreciate it as well.